A new study from La Jolla Institute for Allergy and Immunology looked at the immunological effects of a diet high in fat and cholesterol.1 The study intended to give further insight into the relationship between arterial cholesterol and the immune system in promoting the inflammatory process which ultimately results in plaque buildup in the arteries. The study shows that a diet high in fat and cholesterol (a Western Diet) decreases the number of protective immune cells, switching them into cells which promote inflammation and atherosclerotic plaque buildup. The research also showed that HDL -”good cholesterol” – does the opposite.

Atherosclerosis is actually an immune disease

Commenting on current understanding of cardiovascular disease, Dalia Gaddis, Ph.D., a postdoctoral researcher, places the immune system center stage, “People think atherosclerosis is just about cholesterol, diet, and exercise, but it’s actually an immune disease. The blockage of arteries is very much due to the immune system reacting to excess cholesterol and lipids in the walls of blood vessels.”

Regulatory T cells – Tregs – singled out for this study

Since different types of immune cells play different roles in atherosclerosis, regulatory T cells – Tregs – were singled out for this study. Tregs are known to prevent the development of atherosclerosis. Previous research has shown that when animals are fed a diet similar to a Western diet – high in fat and cholesterol – Tregs decline. This current research tracks this process to find out what is happening to them.

It was found that a high fat and cholesterol diet signaled Tregs to switch to follicular helper T cells – Tfh. This cell type is important in the body’s handling of viral and bacterial infections – little had been known of their impact in atherosclerosis. It seems that the Tfh cells were actually promoters of atherosclerosis, and that when this cell line is blocked, a significant reduction in the development of arterial plaque is observed in animals fed a Western diet.

The research looked at HDL as well. It noted that HDL prevented the loss of Treg cells. This was tested by administering apolipoprotein AI to the animals. With such treatment the animals fed the Western diet did not show a switch to Tfh cells.

The researchers did comment that this does not necessarily hold true to human populations, however it does further support the consideration of immune function in the development of cardiovascular disease. 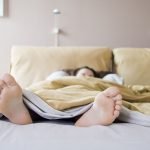 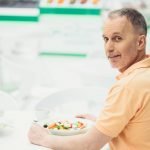