How Does the ApoE4 Gene Elevate Risk for Alzheimer’s Disease?

Quite an extensive new study on the apoE4 gene was recently published, describing the mechanism by which this gene infers risk of Alzheimer’s disease as well as foreshadowing potential pharmaceutical interventions.1

ApoE4 is the primary genetic risk factor for Alzheimer’s disease (AD). Having a single copy of the gene more than doubles the likelihood a person will develop AD, while 2 copies of the gene increases risk by 12 times. The comparison is being made to the most common version of the gene, apoE3.

The research depended on using a model that differed from traditional AD research models, which has largely used mice, and mouse brain tissue. The mouse models have largely been unsuccessful, and shown to not adequately represent the same disease process that occurs in human brains. Many pharmaceuticals have been shown to work great in a mouse model, only to fail miserably in human trials.

The researchers of this study decided to use human cells to model and test new drugs for AD.

Here’s what the researchers discovered

What they saw when studying these new drugs was that the misfolded apoE4 protein cannot function and is broken down into fragments in the neurons. These fragments are toxic, and ultimately disease promoting, and correlated with the accumulation of tau and amyloid peptides. The presence of apoE4 does not change the production of amyloid beta in a mouse model, but in human cells the researchers saw that apoE4 significantly increased beta amyloid production.

Research team is working on a “structure corrector”

The research team is also working on a “structure corrector” that will change the structure of the harmful apoE4 protein to more resemble the apoE3 protein. The development of these structure correctors has been initiated and already shown to restore normal cellular function and elimination of AD signs. The research team is currently working on bringing the agents into human trials. 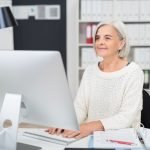 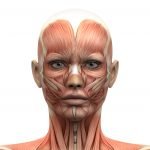