Marijuana Use Could Have Negative Impact on Cerebral Blood Flow

The popularity of marijuana as a medicinal agent, and also as a recreational substance has increased dramatically within the last decade. Over half of the United States has legalized marijuana either for medicinal use or both medicinal and recreational use, and the likelihood of future national legislation is high. The conditions for which cannabis may be beneficial are certainly plentiful: pain management, insomnia, cachexia, anxiety, depression, are a few. However, there is a rhetorical comparison which is made between alcohol and marijuana which seems to paint the picture that there is little to worry about when using the latter. Colloquially we hear people advocate for recreational use of marijuana by pointing out how horrible alcohol is, which may be giving marijuana advocates a false sense of security.

Recent research on marijuana’s effects on cerebral blood flow may be starting to give a more realistic appraisal of the substance’s continuous use. Numerous regions in the brain show low perfusion on SPECT in marijuana users. Of these, the most predictive area distinguishing marijuana users from healthy controls is the hippocampus(1). The hippocampus, is one of the principal structures for the consolidation of short-term memory into long-term memory, as well as spatial navigation.  The hippocampus is especially affected in neurodegenerative pathologies such as Alzheimer’s diseases. This study certainly raises the question of deleterious brain effects of marijuana use.

This study really asks us to look more honestly into the use of marijuana, and the fallacies which have developed around championing its use. It is certainly a valuable herbal tool, and likely a less damaging recreational substance than alcohol, yet there are considerations which need to be appraised, especially now that it is becoming more ubiquitous. The route of administration needs to be considered above all. Carbon monoxide, tar, and other toxic by-products of combustion are still inhaled when marijuana is smoked. Also, the amount and duration of use needs to be critically examined in patients using marijuana, in the same way in which any other mind altering and potentially addictive substance are considered. Now that it’s out in the open, we have the opportunity to address these factors in an honest way which may allow us to maximize the appropriate use of this wonderful herbal friend. 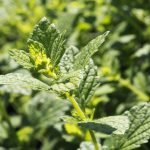 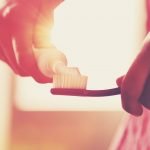 A Toothpaste that May Replace the Need for Traditional FillingsNaturopathic News