Early diagnosis for conditions like Alzheimer’s disease is crucial when it comes to the success of treatment efforts. Currently, there is no cure for Alzheimer’s disease and so treatments are largely focused on slowing the progression, and helping with the cognitive and behavioral symptoms that are experienced. The chair of the Neurosurgery department at Cedars Sinai in California focused his research efforts into early detection methods for this condition.

Amyloid plaques are considered the hallmark sign of this disease. They occur in the brain and accumulate on nerve cells and disrupt neural connections. This accumulation of plaques is what then leads to the symptoms and damage associated with this disease. Dr. Black and his team were interested in the early biological and physical signs in order to be able to detect this disease earlier in its progression. By the time symptoms are detected, the disease is already advanced in its progression of neuron damage in the brain.

It was determined that these amyloid plaques could be discovered accumulating on the retina prior to the accumulation in the brain. High-resolution eye tests have now been able to observe these plaques in about a 10-15 minute eye exam. The purpose is that this information can be used to be able to modify lifestyle and diet in order to prevent the disease from progression, as oppose to solely focusing on a medication once the damage has already been done. 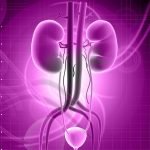 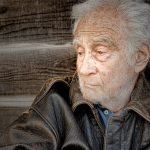