New Risk and Biomarker for Early Detection of Alzheimer’s Found

Two new studies on Alzheimer’s disease (AD) have found a link between the neurodegenerative disease and obstructive sleep apnea (OSA)1, as well as an early detection biomarker.2 AD is a degenerative disease marked by the accumulation of beta amyloid plaques in the brain. There have been recent connections between the degenerative disease and inflammatory states, especially the type of neurovascular inflammation commonly noted in type 2 diabetes. Some are even referring to AD as a late stage complication of diabetes, or “type 3 diabetes3.” However, the search for other associations and ways to detect the disease earlier is ever pressing.

Researchers at Sanford Burnham Prebys Medical Discovery Institute (SBP) have found a protein that could serve as an early detection marker in AD. The peptide, DAG, has been noted to recognize and target a protein that accumulates in brain blood vessels of AD individuals, CTGF (connective tissue growth factor). CTGF appears in AD patients before amyloid plaque development. CTGF is an inflammatory protein that is produced inside the brain and is involved in tissue repair. The elevation and correlation of this protein with AD further supports the link between inflammation and AD.

The significance of DAG is that it is able to target and identify CTGF inside the brain blood vessels. Development of this peptide as a screening tool in humans could allow earlier detection of AD, when treatment may still be possible. CTGF gives hope that there is a potential target other than beta amyloid for AD treatment. This is great news since studies targeting beta amyloid have largely been unfavorable.

Another recent study has linked OSA with AD. It has found that biomarkers for AD, beta amyloid plaque, is elevated in elderly patients in proportion to OSA severity. The authors cited that OSA affects at minimum 30 percent of elderly adults, and perhaps as many as 80 percent – depending on how OSA is defined.

The study included 208 elderly individuals ages 55-90. All participants had normal cognitive function. None of the participants used a CPAP, or was diagnosed with any mental/cognitive pathology that could have affected brain function. The study found that more than half had OSA, and from that sample, a 2-year longitudinal analysis found that this OSA did correlate with increases in beta amyloid. However, the increase in beta amyloid was not correlated with any cognitive decline. This seems to support the non-linear relationship between beta amyloid plaque formation and AD progression. 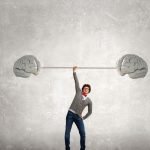 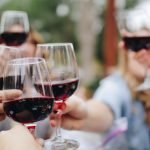 Do Your Patients Know that Alcohol Intake is Linked to Cancer?Naturopathic News