Do Your Patients Know that Alcohol Intake is Linked to Cancer?

The Link Between Alcohol Consumption and Cancer

Many Americans are not aware that alcohol intake is linked to many forms of cancer, regardless of whether intake is considered light, moderate, or heavy.1 According to the American Society of Clinical Oncology (ASCO), alcohol is considered a “definite” risk factor for several cancers. The ASCO says that evidence supports that between 5 – 6 percent of new cancers and cancer deaths are directly associated with alcohol use.

There is added concern to this statistic given that 70% of Americans do not associate alcohol use with cancer risk, according to a national Cancer Opinion Survey, conducted earlier this year. The survey questioned 4,016 adults over 18 years old, believed to represent a broad range of the U.S. population. The intention of the survey was to get an idea of the current attitudes and opinions of the population on cancer. Not surprisingly, most of those questioned accurately identified tobacco and sun exposure as risk factors for cancer, 78% and 66% respectively. However, only 30% thought that drinking beer, wine or hard alcohol was a risk factor for cancer.

Alcohol Can Increase the Risk of Several Cancers

According to the ASCO, alcohol can increase the risk of several cancers, including those of the head and neck, breast, colon, esophagus and liver. Breast cancer is one of the most commonly diagnosed cancers in America. ASCO president, Ben Johnson says, “the link between increased alcohol consumption and cancer has been firmly established and gives the medical community guidance on how to help their patients reduce their risk of cancer.”

Even low Consumption of Alcohol is a Cancer Risk

Cancer risk does increase as alcohol intake increases, however, even low intake – which is defined as consuming less than the recommended daily limit – may increase risk. In addition, alcohol use may have a negative impact on the treatment of cancer, and oncologists are attempting to identify ways to help patients lower their consumption of alcohol.

Photo by Kelsey Knight on Unsplash 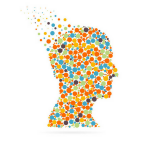 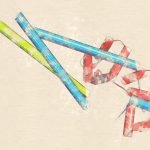