In a paper published in the high impact Journal of the American College of Cardiology, Rohan Dharmakumar, PhD asserts that a common treatment given to patients experiencing heart attack may not be as successful in halting muscle damage as once thought.

Heart attacks occur when the blood vessel supplying oxygen to the heart muscle — also known as the coronary artery — is suddenly blocked. In heart attack patients, the amount of heart muscle that is irreversibly damaged is directly linked to how much time elapses between the onset of heart attack symptoms and when the blockage is opened up. More damage means higher risk of complications like heart failure after a heart attack. Therefore, treating heart attacks focuses on opening up the coronary arteries as quickly as possible through a procedure called reperfusion — often with a stent.

The common belief in reperfusion therapy is that once the coronary arteries are opened, the damage to the heart muscle is stopped. However, according to Dharmakumar, that is not always the case.

In his work, Dharmakumar and his team studied blood samples of heart attack patients obtained before and after they received reperfusion therapy. Using cardiac magnetic resonance imaging (cardiac MRI), they noninvasively identified which patients experienced hemorrhage within their heart muscle following reperfusion. A key protein called troponin is known to go up with heart muscle damage; in patients with heart muscle hemorrhage, troponin values rose more rapidly reaching higher values when compared to patients without hemorrhage.

The team also used a large animal model to prove that hemorrhage is directly involved in the extent of infarction after reperfusion. Serial cardiac MRIs noninvasively tracked infarct size in animals with and without hemorrhage; similar findings as those seen in patients means that the team can use the animal model to develop new treatments to reduce hemorrhage that can be brought back to help patients.

In the modern era of revascularization, Dharmakumar asserts in his study that infarct size is not only determined by restricted blood supply to the heart, but also by the effects of reperfusion therapy. The introduction of hemorrhage within the at-risk area might in some cases nearly negate in total the benefits of reperfusion therapy. Dharmakumar said that for physicians, having an awareness of the role reperfusion can play on continued muscle death can help in providing better treatment to patients in the future.

“This all means that although we might not be able to do much when it comes to lost time before a patient arrives at the hospital, minimizing the effects of hemorrhage following reperfusion can give us a new opportunity to reduce the size of infarction, and downstream negative consequences, in nearly half a million heart attack patients in the United States alone,” said Dharmakumar.

Next for the study, Dharmakumar said that his team will expand the findings to a larger patient population, working to develop greater insight into how hemorrhage drives expansion of infarction and testing strategies to halt the effects of those hemorrhages.

According to Subha Raman, MD, chief of the Division of Cardiology and director of the Cardiovascular Institute at IU School of Medicine and IU Health, the future real-world applications of this study showcase the research leadership of Dharmakumar and the Krannert Cardiovascular Research Center.

“The work being done by our researchers at the Krannert Cardiovascular Research Center, under the leadership of Dr. Dharmakumar, is truly groundbreaking and will fundamentally improve how we take care of patients suffering heart attacks, improving the health of Hoosiers and beyond,” said Raman. “I am proud of the high-impact cardiovascular science happening in our research labs, and look forward to seeing that work pay real dividends in the future of heart health.” 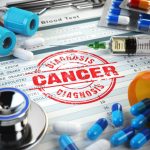 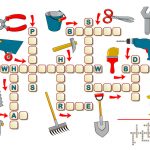