Infertility affects 1 out of 8 couples1 and can be a sign of other imbalances and deficiencies in the body.

When HG presented to my office, she was a 38-year-old woman who had been trying to get pregnant for 12 years. She had already suffered through 11 failed in-vitro fertilization (IVF) cycles and 2 failed intrauterine insemination (IUI) cycles. She was told that an egg donor was her only option if she wanted to get pregnant; however, one of those failed IVF cycles had used an egg donor. She had lost hope in herself and her body, and she felt defeated. Although a donated egg was the option given to her, she desperately wanted to have her own biological child if possible.

During her initial consult with me, it became evident that HG had not been thoroughly evaluated and that none of her underlying health issues had been addressed.

She had been diagnosed with endometriosis, past human papilloma virus (HPV) infections, and Hashimoto’s thyroiditis. It was clear to me that inflammation was likely present as well. She also suffered with gas and bloating on a continuous basis. For each of these conditions, she had been given no treatment options, and was told to manage the pain from endometriosis with pain relievers.

It is estimated that about 11% of women (6.5 million) in the United States suffer with endometriosis.2 At least 30% of women with endometriosis are infertile.3 A hallmark symptom of endometriosis is pain – pain with sex, pain with bowel movements, chronic pelvic pain, and back pain. Heavy bleeding during menses and/or bleeding between periods is also common. HG definitely experienced intense pain due to endometriosis. She was diagnosed with Stage 4 endometriosis, and she suffered with heavy periods and pain with sexual intercourse. For almost 10 years she took birth control pills continuously, which suppressed her menses and managed her pain symptoms. She also had 1 fallopian tube removed due to extensive scarring from the endometriosis. After this surgery, HG was told that her uterus “was cemented to her lower back.” Well, no wonder she was in so much pain.

Our bodies are composed of 50% bacteria, so it makes sense that the various types of bacteria can influence our health and fertility. In general, high microbial diversity is considered beneficial for health; however, when it comes to the vaginal microbiome, this is not the case. Low bacterial diversity that is dominated by a few species of Lactobacillus in the vaginal microbiome is associated with a reduced risk of both HPV and bacterial vaginosis (BV).4 However, when the vaginal microbiota shift, such that Lactobacillus spp decreases and anaerobic species increase, the risk of BV increases.4 Some studies have found correlations between BV and increased incidence, prevalence, and persistence of HPV infection and CIN.4

Bacterial vaginosis is the most common vaginal disorder in women of reproductive age.5 BV is significantly higher in women with tubal infertility, as compared to non-tubal infertility,6 and BV increases the risk for preterm delivery and spontaneous abortion.7

HG was told by her doctors that she had a thyroid issue called Hashimoto’s thyroiditis. No treatments were offered, so she didn’t think much of it. She periodically went in for thyroid scans to monitor the nodules, but beyond that, nothing was done.

Thyroid function is intimately related to health, fertility, pregnancy health, baby’s neurodevelopment, and baby’s long-term health. Oocyte maturation (the process of egg development within the ovary) depends on normal levels of thyroid hormone.8 Hypothyroidism is associated with menstrual irregularities, menorrhagia, and ovulatory dysfunction.8 Hashimoto’s thyroiditis, aka thyroid autoimmunity (TAI), refers to an autoimmune condition in which the immune system produces antibodies that attack the thyroid gland. TAI is the most frequent cause of low thyroid function in women of childbearing age.8 Hypothyroidism occurring during the first half of pregnancy poses a risk of poor neurodevelopmental outcomes in the baby.8 Moreover, the rate of miscarriage is increased in women with TAI.8

Because thyroid function is so critical for mother’s reproductive health and baby’s neurodevelopment, it makes sense to screen for thyroid dysfunction in women trying to get pregnant, who are already struggling with infertility, and who have a history of miscarriage or pre-term delivery.

Not only did HG have signs of inflammation, including her endometriosis diagnosis and pain in her feet, HG’s blood work also revealed elevated inflammatory markers. Markers of inflammation and oxidative stress have been found associated with endometriosis.9 Low egg and embryo quality may be due to higher oxidative stress.9 Unexplained infertility impacts 15% of US couples, and studies indicate a possible correlation between infertility and higher levels of reactive oxygen species.9 Increased levels of oxidative stress contribute to spontaneous abortion, recurrent pregnancy loss, preeclampsia, intrauterine growth restriction, and preterm labor.9

When HG contacted me, she knew she had to do something different because what she had been trying for the past 12 years was not working. She was also concerned about the long-term impact of the numerous hormonal medications she had taken or injected over the years. These concerns led her to make the decision to take a step back and focus on her health so that she could increase the chance of having her own biological child. She was motivated and ready to address her health in general, and specifically, to address all these areas of imbalance that were identified during the initial intake, including the functional analysis of her blood work and the review of her past lab work.

She dedicated herself and improved her diet, healed her gut, and decreased the inflammation. She also incorporated a mind-body routine.

For almost 11 months, HG dedicated herself to her health. And it paid off. The pain related to her endometriosis reduced drastically. Her periods were no longer a nightmare. Her thyroid antibodies were restored to normal range. Her Pap smear revealed no more HPV infection. Her pain and inflammatory markers all decreased.

Overall, she felt great and was ready to “try again.” Because of scarring and only having 1 fallopian tube, HG opted to try IVF one last time. She was just about to turn 39 and her insurance company pretty much told her, “It’s now or never.” So she went ahead. HG completed the cycle, and 3 eggs were obtained. One egg fertilized immediately. She started the IVF cycle, and 2 weeks later the embryo was implanted. For the first time in 13 years, HG got pregnant. She went on to have a healthy pregnancy and delivered a beautiful baby girl – her own biological child.

Reena Singh, ND, has been in practice for over 10 years. Her journey into naturopathic medicine started when was 19 when she was diagnosed with ulcerative colitis and told that she would suffer with this disease for her entire life, that she would likely get cancer in her 30s, and that having her own children was unlikely. She reversed the disease process using naturopathic medicine and has 2 healthy children. She works with couples who want to optimize their health so that they can get pregnant and have a healthy baby. For more information, please visit www.zamawellness.com. Facebook: https://www.facebook.com/ZamaWellness/ 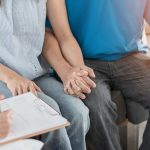 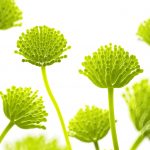