There has been a groundswell of information recently about mold, mycotoxins, and their impacts on health. Many in the allopathic community are familiar with fungal allergies and fungal infections but are much less familiar with, or even convinced of, the more controversial illness of mycotoxicosis and Chronic Inflammatory Response Syndrome (CIRS).

Mycotoxicosis can result from inhalation of environmental mycotoxins or from their consumption from food sources. Although mycotoxicosis may be largely ignored by the current medical paradigm, it certainly is not ignored by the agricultural industry, which loses an average of $932 million1 per year on mold- and mycotoxin-induced damage to our foods. As a result, a plethora of research has been published on such topics in the agricultural, zoological, and veterinary fields. Unfortunately, the research conducted to date in the human medical field is far behind, and many will use this point to support the self-interested claim that “mycotoxins are no danger to human health.” The response to this claim is 2-fold: Firstly, conducting a human study with known and intentional mycotoxin exposure would be understandably morally reprehensible in the minds of any institutional review board (IRB). Therefore, finding a double-blind randomized controlled trial (RCT) examining mycotoxin impact on human health is hard to come by. Most mycotoxin trials involving humans either examine in-vitro human cell lines or are in-vivo longitudinal studies examining the impacts of chance exposure. Second, the animals that are being examined in many of these studies are the same animals that are used in initial phases of drug trials, as their biochemistry is not unlike our own. Therefore, to ignore this data because of the population studied is to bring into question methodology of all animal-model initial drug trials. Argumentum ad consequentiam; ie, you cannot have your cake and eat it too.

A simple literature dive will demonstrate the deleterious impacts of mycotoxins on health, including immune system dysfunction and suppression, and oxidative damage leading to lipid peroxidation. Cells exposed to mycotoxins are forced to operate with altered membrane potentials, calcium homeostasis disruption, and inhibition of numerous enzymes integral to cell and organelle functionality, mitochondria included.

Compounding the harmful effects of oxidative damage is the endocrine disruption caused by mycotoxins, which results in altered metabolism2 and synthesis3 of endogenous hormones. For instance, some mycotoxins interfere with the 17-beta-hydroxysteroid dehydrogenase (HSD) class of enzymes, which are prominently involved in both androgen and estrogen metabolism.4 As many mycotoxins are also hepatotoxic, endocrine disruption may arise from aberrant hydroxylation and conjugation of other hormones. Mycotoxins can also interfere with hormone receptors, including nuclear receptors,3 by directly stimulating or blocking them.5 This can cause downstream issues with secretion, transport, and unexpected or aberrant hormonal cross-talk. The endocrine-disrupting effects of mycotoxins are not necessarily linearly dose-dependent.6 Their effects are often further altered by concentrations of the other endocrine disruptors including other mycotoxins,7 endogenous or exogenous hormones,3,6 nutritional status,8 and, potentially, stress level. Severity of endocrine disruption may differ from cell line to cell line due to variable amounts of different receptor types9 unique to each cell line.

As anti-aging medicine is currently in the limelight, one would be remiss to not acknowledge the disruption of sex hormones by mycotoxins. Testosterone is created in large part by the Leydig cells of the testes,13 with ancillary amounts deriving from the adrenal glands. Therefore, it is not unexpected that mycotoxins capable of inducing apoptosis of the Leydig cells, such as citrinin (CIT),14 would also be correlated with lowered testosterone levels, as shown in vitro and in animal models.6,15 In mice, Leydig cell exposure to enniatin B (ENB) results in decreased testosterone levels,16 while ENB and ZEA reduce testosterone in adrenocortical cell lines.3,16 Incubation of gonadal cells with ZEA, ochratoxin A (OTA), and CIT at differing concentrations leads to reduced testosterone secretion, with only the fusariotoxin toxin T-2 demonstrating a dose-dependent decrease.6 Meanwhile, cytochalasin B (CTB), a mycotoxin produced by select Chaetomium and Aspergillus species used in research for its anti-mitotic effect, has been shown in rats to interfere with luteinizing hormone (LH)-stimulated production of testosterone from pregnenolone at the level of the smooth endoplasmic reticulum.17 Metabolites of DON and ZEA,18 as well as beauvericin (BEA)18 also demonstrate antagonistic effects at androgen receptors in animals.

Mycotoxins are often globally categorized as xenoestrogens, but their endocrine effects go beyond estrogen alone. With that being said, mycotoxins are formidable in the realm of estrogen mimicry and agonism. The most well-known xenoestrogenic mycotoxin is ZEA; however, it should be noted that its metabolites, β-zearalenol (β-ZOL) and zearalenol (α-ZOL), are also estrogenic in nature.9 ZEA, although not a steroid, closely resembles 17ß-estradiol19 and can therefore directly bind to estrogen receptors20 and act as an agonist.21 In adrenocortical cells, ZEA, β-ZOL, and α-ZOL can increase estradiol production at low levels and decrease estradiol production at higher levels.3 Moreover, β-ZOL is able to increase estradiol levels to a greater extent than its parent mycotoxin ZEA or its fellow metabolite α-ZOL.3 A metabolite of DON, 3-acetyl-deoxynivalenol, demonstrates estrogenic activity, but to a lesser extent than β-ZOL.9 While α-ZOL demonstrates estrogenic activity approaching that of 17β-estradiol3 other studies show ZEA having a 2-3-times higher binding affinity than 17β-estradiol at the bovine endometrial estrogen receptor.22 Competition at the receptors can interfere with levels of follicle-stimulating hormone (FSH) and LH by engaging in negative feedback to the pituitary gland.23 At concentrations found in the environment, T-2 has been shown to lower FSH-stimulated estradiol production in granulosa cells.24 Alternariol, an emerging mycotoxin produced by Alternaria alternata – a common environmental mold – has been shown to increase estradiol production25 and also act as an estrogen receptor agonist.9 Meanwhile, similar to its effects on testosterone, the mycotoxin ENB has been shown to lower estradiol and progesterone in adrenocortical cell lines.16 Progesterone production may be increased by alternariol25 and decreased by ZEA in adrenal glands.3 Finally, environmental levels of T-2 appear to interfere with LH transmembrane receptor expression in human cumulus granulosa cells, while also lowering FSH-stimulated progesterone production.24

Sex hormones are not the only victims of mycotoxin-induced endocrine disruption. ZEA and ENB can both lower or raise cortisol and other adrenal hormones, depending on their concentration.3,16 CTB also interferes with cortisol release from human adrenocortical cells by reducing the action of ACTH.26 Elevations in serum cortisol result from CIT exposure in mice27; similarly, T-2 elicits plasma cortisol increases in pigs.28 In other animal studies, a mixture of T-2 and other fusarium toxins, F-2 and DAS, has been shown to cause a 200-300% rise in plasma cortisol,29 and diets containing mixed mycotoxins – including DON, ZEA, and 15-acetyl-DON (a DON metabolite) – cause elevations of serum cortisol after just 4 weeks of dietary exposure.30 As well, hyperfunctionality of the adrenal and thyroid glands was noted in newborn piglets exposed to T-2 toxin in utero.31

The thyroid is also affected by numerous mycotoxins, including aflatoxin B1 (AFB), which is well known for its hepatotoxicity and role in hepatocellular carcinoma.32 AFB also induces apoptosis in rat thyroid follicular cells,33 which are responsible for the production and secretion of thyroxine and triiodothyronine. Alternatively, in pigs, mixed fusarium mycotoxins cause a reduction in thyroid size in conjunction with an increase in total serum thyroxine levels,30 while CIT exposure in mice results in the latter in conjunction with an elevation of serum levels of triiodothyronine.27 In rats, patulin, a mycotoxin found in processed apple products, causes colloid degeneration and lymphocytic infiltration of the thyroid in addition to a decrease in thyroxine after 60 days of dietary administration.34 The dosage investigated in this study was based on estimated equivalents of dietary human exposure. BEA, OTA, and DON demonstrate antagonistic effects at the thyroid receptor,18 while ZEA alters the transcription of the alpha and beta thyroid receptors in primary cerebellar neurons.35 T-2 may exacerbate a minor iodine deficiency by interfering with the synthesis and iodination of thyroglobulin,8 potentially leading to an exacerbated hypothyroidism.

The endocrine-disruptive nature of mycotoxins, as evidenced by the literature is – like anything in life – not black or white. The goal of reviewing this information is not to upset or confound the reader, but rather to remind practitioners to seek the root cause when navigating hormonal imbalances. Simply supplementing hormones in a system suffering from endocrine disruption may elicit undesired effects or, ultimately, treatment failure. Proper hormonal assessment in conjunction with screening for mold and mycotoxin exposure, or any other endocrine disruptor, may help advance a relatively unresponsive case.

Lauren Tessier, ND, is a licensed naturopathic physician specializing in mold-related illness. She is a nationally known speaker and is Vice President of the International Society for Environmentally Acquired Illness (ISEAI) – a non-profit dedicated to educating physicians about the diagnosis and treatment of environmentally acquired illness. Dr Tessier’s practice, “Life After Mold,” in Waterbury, VT, draws clients from all around the world who suffer from chronic complex illness as a result of environmental exposure and chronic infections. Dr Tessier’s e-booklet, Mold Prevention: 101, has been widely circulated and its suggestions implemented by many worldwide. 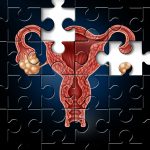 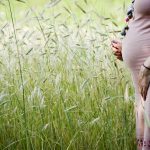