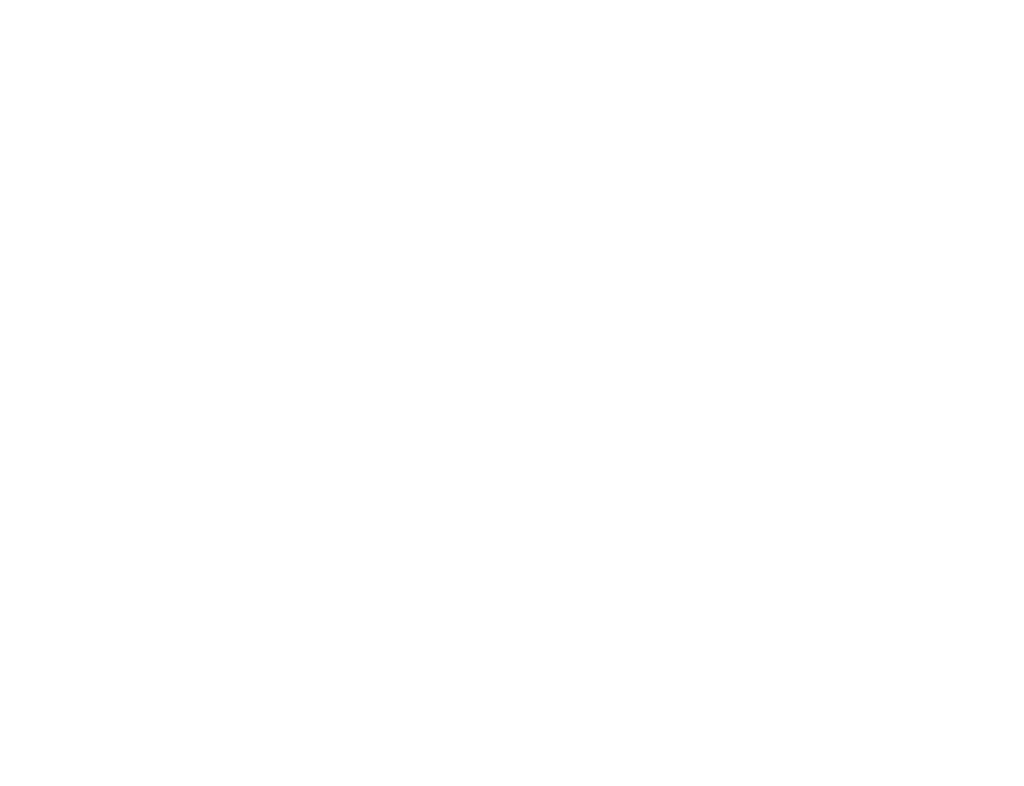 For many patients, chronic stress is a fact of modern life. Yet, while most clinicians are keenly aware that stress can play a major role in the development of disease, it’s also important to be familiar with how the underlying stress response system – known as the hypothalamic-pituitary-adrenal (HPA) axis – may help to blunt the long-term effects that ongoing stress can have on the body.

The HPA axis is an intricate intertwining of the central nervous system and the endocrine system that involves the hypothalamus, the pituitary gland, and the adrenal glands. Through a set of direct influences and feedback interactions, the HPA axis controls the adaptation response to stress and regulates many physical processes, including digestion, the immune system, sexuality, mood, and energy storage and expenditure.

When a stressor triggers the hypothalamus, corticotropin-releasing factor (CRF) and arginine vasopressin are secreted, which stimulate the release of adrenocorticotropin hormone (ACTH) from the posterior pituitary. ACTH then drives the release of cortisol from the adrenal cortex. Under normal circumstances, the production of CRF and ACTH fluctuate in a predictable circadian cycle under the influence of melatonin, and are inhibited by high levels of serum cortisol via a negative feedback loop, causing the return of homeostasis.1

Frequent or ongoing stress can disrupt this normal stress response. This was first described in 1950 by Hans Selye, MD, PhD, as General Adaptation Syndrome (GAS). His groundbreaking paper, which appeared in the British Medical Journal, identified the human body’s physiological response to chronic stress in 3 stages: alarm, resistance, and exhaustion.2 While our understanding of the underlying neuroendocrinology of this response has evolved significantly, Dr Seyle’s framework for understanding the human stress response remains relevant today. Despite the fact that stressors and each individual’s response to them varies, the GAS model helps us to understand the generalizable impact of chronic exposure to stress and the consequent sustained activation of the HPA axis. Over time, this sustained activation can lead to HPA axis dysfunction, altering normal cortisol secretion and manifesting in a myriad ways.3

While each patient should be assessed by their individual response to stressors, there are common responses across the 3 stages of GAS. Optimizing the function of the HPA axis can support the health and well-being of patients during each of the following stages:

Lifestyle interventions that support a healthy stress response and optimal HPA axis function are vital to overall health and well-being. Reducing stress when possible, utilizing relaxation techniques, participating in moderate exercise on a regular basis, and eating a healthful diet based on whole, low-glycemic foods provide fundamental support and elicit patient participation in the treatment plan.15,16,17

Sleep also plays a modest but critical role in modulating HPA axis activity. Getting regular sleep supports the daily cycle of cortisol secretion.18 Yet, according to the Institute of Medicine, 50 to 70 million Americans report sleeping poorly at least a few nights per week.19 Research conducted at the University of Chicago found that abrupt shifts in sleep duration or sleep quality disturb the daily cortisol rhythm.20 HPA axis activation can also stimulate arousal and lead to sleeplessness. Good sleep hygiene is critical for promoting quality sleep. Adopting sleep rituals, establishing a consistent bedtime, and ensuring that the bedroom is dark and quiet may help patients improve their sleep habits. For those needing additional help, studies suggest that certain nutrients can, when used individually or in combination, promote a healthy sleep cycle. Clinical studies have found that glycine, L-theanine, and L-5-hydroxytryptophan (5-HTP) promote relaxation and enhance the body’s natural ability to fall asleep and stay asleep.21-24 Animal studies suggest that melatonin may also support healthy cortisol rhythms and protect several regulatory components of the HPA axis from glucocorticoid-induced deterioration.25 Preliminary studies also suggest that curcumin, a highly pigmented compound derived from the curry spice, turmeric, may protect against behavioral changes during sleep deprivation.26 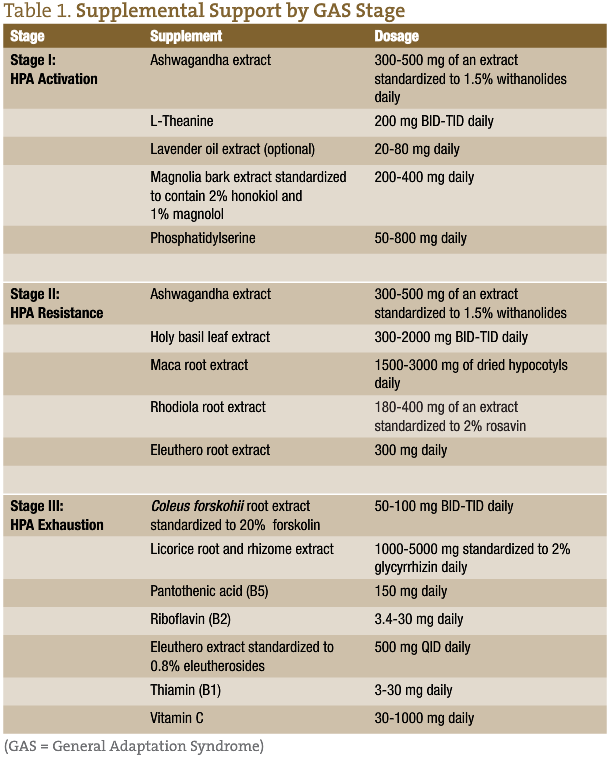 During times of severe and repetitive stress, a patient can benefit from herbs and nutrients that dampen HPA axis activation and support homeostasis of cortisol levels. Phosphatidylserine (PS) has been found in clinical trials to blunt both ACTH and cortisol elevations in response to stress while also improving mood.27 For reducing the input into the HPA axis, one’s perception of stress is another important consideration. Studies have demonstrated that L-theanine, the calming amino acid in green tea, inhibits cortical neuron excitation. This creates feelings of tranquility, improves mood, and supports healthy blood pressure levels.28 Magnolia (Magnolia officinalis) also provides a soothing effect during periods of stress. This may, at least in part, be due to the herb’s activation of GABA receptors, which, in turn, reduces the initial activation of the HPA axis.29

Another herb shown to improve resistance to frequent or ongoing stress is ashwagandha (Withania somnifera). During one randomized, double-blind, placebo-controlled trial involving 64 individuals with a history of chronic stress, those taking 300 mg BID of a high-concentration, full-spectrum ashwagandha extract for 60 days showed significantly reduced (p<0.0001) stress-assessment scores. Serum cortisol levels were also substantially lower (p=0.0006) in the ashwagandha group compared to those in the placebo group.30

For those needing additional support during this stage, consider lavender. Best known for its calming scent, orally administered lavender (Lavandula angustifolia) oil extract can also reduce anxiety. During a recent review of 7 clinical trials, encapsulated lavender produced an anxiolytic effect after just 2 weeks in patients with generalized anxiety disorder. After 10 weeks, decreases in Hamilton Anxiety Scale scores were significantly superior to placebo in patients with subsyndromal anxiety, and results with lavender were comparable to those with the anti-anxiety drug, lorazepam, in patients with generalized anxiety disorder.31

While adaptogenic herbs can benefit patients during all stages of GAS, they may be especially beneficial during HPA adaptation. Adaptogens optimize our stress response and restore homeostasis. Some, like ashwagandha, modulate stress hormones, typically lowering prolonged or high elevations of cortisol. Others influence both the brain’s perception of stress, as well as HPA-responsiveness. One such adaptogen is eleuthero (Eleutherococcus senticosus), formerly known as Siberian ginseng. Studies demonstrate that the compounds in eleuthero, especially eleutheroside E and syringin, support adrenal function by decreasing adrenal hypertrophy, blunting fatigue induced by sleep deprivation, bolstering immunity, and inhibiting elevated cortisol levels in response to stress.32,33 Holy basil (Ocimum tenuiflorum) has also been found to prevent reductions in brain catecholamine and monoamine oxidase while increasing dopamine and serotonin levels during stressful events.34 The net effect of these changes is to facilitate one’s ability to respond to stress with alertness and pleasure, as opposed to anxiety and fear.

Two other adaptogenic herbs provide general support during times of stress. Rhodiola (Rhodiola rosea) has been shown to reduce fatigue while improving mood and cognition in those feeling stressed or anxious.35 Another mood booster is maca (Lepidium meyenii). Best known for its libido-enhancing benefits, preliminary studies show that it also soothes occasional anxiety and improves mood.36 Combined adaptogen treatment can restore responsiveness to the HPA axis while minimizing over-activation. It is an effective strategy to help patients better manage occasional stressors while sustaining energy and focus.

At this stage of HPA axis dysfunction, many patients can benefit from the HPA-supportive nutrients and botanicals used in the previous stages. However, since key nutrients, especially the B vitamins, are readily depleted during periods of severe and prolonged stress, fortifying a nutrient-dense diet with supplemental vitamins is essential. This will aid in maintaining adrenal cortex function and helping to sustain energy levels. Among the most important nutrients for the adrenal cortex are vitamin C, which is a cofactor in both catecholamine biosynthesis and adrenal steroidogenesis, and the B vitamins.37 Specifically, B1 and B2 play important roles in energy production.38-40 B5 is involved in the synthesis of cortisol and is also needed to support normal adrenal cortex function, as well as adrenal response to ACTH stimulation.41,42 Preliminary research suggests that B6 may likely play a role in cellular metabolism, the action of steroid hormones, and a healthy stress response.43,44

Modulating hormone production is important during Stage III as well. Forskolin, the active compound in Coleus forskohlii, supports pituitary ACTH production and steroidogenic gene transcription in human adrenal cells.45 Licorice (Glycyrrhiza glabra) root extract can influence cortisol production by inhibiting 11beta-hydroxysteroid dehydrogenase, the enzyme that inactivates cortisol by metabolizing it to cortisone. Cortisone suppresses the immune system and reduces inflammation. One small crossover study of 10 healthy men and 10 healthy women found that supplementing with licorice extract for 1 week increased DHEA in all the participants.46 Salivary cortisol levels also rose in the women. The men, however, did not experience a significant elevation in their salivary cortisol levels during the same time period.

Making an individualized assessment of each patient’s symptoms and lifestyle, and then tailoring a treatment plan to his or her personal needs can help restore healthy HPA axis function. This is an important step in reducing the psychological and physiological consequences of chronic stress. Combining the nutrients discussed above with healthy lifestyle changes that include diet, exercise, and relaxation can help the patient better cope with current and future stressors, thus improving their overall health and well-being.

Lise Alschuler, ND, received her doctoral degree in naturopathic medicine from Bastyr University in 1994. She is board-certified in naturopathic oncology and has been a practicing naturopathic physician since 1994, currently with Naturopathic Specialists in Scottsdale, AZ. Dr Alschuler is past-president of the AANP and a founding board member of the Oncology Association of Naturopathic Physicians. She currently serves as a director on both the American Board of Naturopathic Oncology and the Naturopathic Post-Graduation Association. Previously, she served as department head of Naturopathic Medicine at Midwestern Regional Medical Center – Cancer Treatment Centers of America, was the clinic medical director and Botanical Medicine chair at Bastyr University Natural Health Clinic, and also a faculty member at SCNM. Dr Alschuler is the co-author of The Definitive Guide to Cancer: An Integrative Approach to Prevention, Treatment and Healing, also Five To Thrive: Your Cutting-Edge Cancer Prevention Plan. She co-created FiveToThrivePlan.com, a website dedicated to providing information about integrative cancer prevention and treatment, and she co-hosts a radio show, Five To Thrive Live! on www.w4CS.com about living healthier lives in the face of cancer. 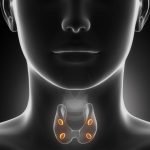 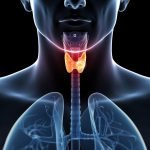 Hypothyroid- Source or Scapegoat? The mistaken identity of a metabolic culprit.Endocrinology