Utilization of the Charcoal Test 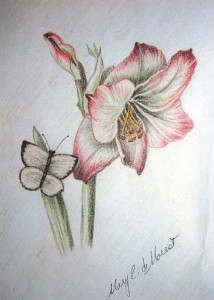 The following case studies represent simple principles of naturopathic medicine resulting in significant improvements in the quality of 2 patients’ lives. Both patients are exceptionally grateful for the outcomes and have given permission to use their names and cases for public presentations. As is appropriate, I will use John Doe and Jane Doe, although they are not related.

John Doe first contacted me in June 2006. After discussing his health concerns, he scheduled his first visit. I sent him home with a diet diary to record all food and water intake and 10 charcoal tablets consumed all at once to measure his bowel transit time (BTT). He returned 1 week later with his diet diary and record of BTT.

His presenting symptoms were severe gastrointestinal (GI) spasm, rock-hard abdomen during flare-ups, and diarrhea, often followed by constipation. All symptoms had originated 1 year earlier on a mining trip. John had a well-paying job that he enjoyed, great health insurance, and a good home. His primary stress was related to the “flatness” of his marriage. He reported this stress as manageable and unrelated to the flare-ups of his symptoms.

Panning for gold was a hobby of his, and it not only got him into nature but also afforded him a pleasant activity away from his normal life. At times, his wife or son would accompany him, but he was alone on this trip. As he was driving to his destination, he stopped for a meal on the road. The restaurant meal triggered immediate diarrhea, and he had to return home because of its severity of abdominal pain and spasms. The diarrhea lasted for 7 days and recurred about every 2 months, lasting 1 to 2 weeks. He underwent extensive diagnostic tests, including stool samples for ova and parasites (O&Ps), magnetic resonance imaging, and GI studies, including dye studies of the liver and gallbladder. No definitive diagnosis or effective treatment had resulted, and his symptoms were ineffectively managed with bentonite clay, bismuth subsalicylate, acidophilus, and other over-the-counter medications.

In the mid 1980s, I began using 10 charcoal tablets to evaluate digestive function. I have used this method with more than 1000 patients, and I have found it to be an invaluable aid in the treatment of GI illness. I provide patients with 10 charcoal tablets (not capsules), a blank diet diary, and written test instructions. The diet summary of all foods, liquids, and supplements is needed to evaluate BTT, as transit is clearly influenced by fluid intake, fiber and food preferences, and qualities. In addition, the diary is an invaluable reference for dietary consultation and modification. For most people on a healthy diet, the charcoal should never appear in the stool in less than 18 hours. It should not appear more than twice, and ideally it will finish showing up in the stool in 30 to 48 hours. The charcoal, as it soaks into the food bolus, will appear in the stool as black (ideal), gray, or dark green (least desired). How fast it appears, how many times it appears, and how long it takes to be cleared are the important factors that help to determine the best course of treatment and to provide an expected prognosis and time line for the patient’s benefit. When foods stay in the small intestine for an adequate time (6 hours are required for proteins), they are broken down into absorbable nutrients (simple sugars, free fatty acids, and peptides), which are taken into the body with fluid, leaving the charcoal-soaked bolus as a paste as it enters the large intestine. The faster foods pass through the small intestine, the more shows of charcoal occur in bowel movements and the more the black is diluted to gray or dark green. John’s BTT was 36.5 to 69.5 hours, with 5 shows. Five shows of color in the stool represent moderate to severe inflammation in the small intestine, with moderate or severe hypermotility of foods through the small intestine. For this degree of inflammation, I would typically expect a 3-phase program lasting about 4 months.

Most readers will know that food poisoning by bacterial cause is never immediate. His immediate response to the restaurant meal was not due to infectious agents in the meal. His history of symptoms is a classic presentation of Giardia infection, and the lack of diagnosis of Giardia in previous O&Ps was not considered definitive by me. I had a patient with AIDS in the 1980s who had 11 O&Ps come back negative through his health maintenance organization before the 12th finally revealed Giardia as the cause of his explosive symptoms that had occurred every 4 to 6 weeks for more than 1 year. John’s clearance of charcoal in 69.5 hours suggested that he had good dietary habits and that the severity of dysbiosis (yeast, opportunistic bacterium, and parasites) was of a more recent origin. Although he came to my clinic after many failed attempts at treatment, I was confident that we would see predictable positive results.

We began treatment with full-spectrum digestive enzymes (to remove undigested foods from the environment), a “slippery” fiber blend to keep elimination active, and a capsule form of neem. Neem is offensive to parasites, opportunistic bacterium, and yeast. By ceasing to feed the opportunists and by making their environment offensive, we depopulate the gut before killing off the remaining organisms. He began feeling better with this program, and on his return in 1 month, we began weeding and planting. I used a blend of natural antifungals, an herbal parasite formula, and probiotics and continued the enzymes and fiber. I find that the neem phase reduces the severity of die-off symptoms by about 50%, and fiber 3 times daily reduces it again by about 75%. This treatment lasted 2 months, with a conclusion of colostrum and GI repair nutrients. At the end of 4 months, John was digesting well without enzymes and had no return of his pain or other symptoms, and he has stayed healthy for the past 4 years.

Jane Doe, a 61-year-old white woman, presented with multiple concerns, including osteoarthritis, chronic headaches, upset stomach, food sensitivities, daily abdominal pain and indigestion, ankle edema, shortness of breath (reported being able to walk only 1-2 blocks before needing to sit to catch her breath), constant joint and back pain, and continuous itching. Her last medical visit was more than 1 year earlier for a case of meningitis. She had no health insurance and had limited resources. Her daughter had recently participated in a group fasting program in my clinic, and she thought this might be helpful for her mother.

I will almost always allow someone to do a short juice fasting program if that is her desire, but I thought we would best address these numerous complaints with a diet diary and BTT before any course of care. Her BTT came back with the charcoal showing up first at 68 hours and a total of 5 times, with the last show at 147 hours. She averaged 1 to 2 glasses of water per day, and her diet was high in wheat, meats, and processed foods and very low in fruits or vegetables.

Unlike the previous case that also had the charcoal showing up 5 times, this BTT extended beyond 6 days. I never use neem until BTT is under 120 hours, and I never kill yeast until transit is under 72 hours. For this patient, I started with digestive enzymes at each meal and a slippery fiber combination (1 capsule with 8 oz of water twice daily) and suggested water intake of 6 glasses daily. I instructed the patient to repeat the diet diary and charcoal test in 5 weeks. The second BTT was 50 to 98 hours, with 3 shows. She reported significant increase in energy, only 1 headache vs 1 to 2 for a few days each week, and only 2 slight episodes of GI pain.

We now initiated the neem, increased the fiber to 3 times daily, and continued the enzymes. She had minor GI discomfort, and I prescribed 2 colonic treatments and added 1 tablespoon of black cherry concentrate to assist elimination. She fell off track on the neem, as she felt it made her feel worse, and we did not complete this phase until a full 10 weeks had passed. At this time, she was eating better and reporting feeling significantly better than when we began.

We started the typical yeast treatment with enzymes, fiber, probiotics, and a blend of natural antifungals. She experienced nausea and diarrhea in the first week but then felt more normal. At 3 weeks, I added oral nystatin at 500 000 U TID for 10 days and continued the natural treatment for a second month. At this time, she had seen additional die-off symptoms and was feeling substantially better. Gastrointestinal repair and colostrum followed for 30 days before we did a first fast, which inspired her to improve her diet and helped detect food reactions to wheat, tomatoes, and potatoes. She lost about 10 of the 60 to 80 lb extra she had gained since her youth and was anxious to do another juice fast as soon as possible. We did another short fast 1 month later, setting up a 120-day program to follow. During this program, she started on veggie juices, then blended master cleanser (cayenne, lemon juice, and maple syrup) on her 4 workdays, and juices, green smoothies, or water only during the weekends. She lost 45 lb on this program, established whole food eating patterns, and was able to climb mountain trails with her grandkids in Hawaii.

Her most noted improvement (not the elimination of headaches, arthritic pain, shortness of breath, or swelling of ankles) was that in the fasting programs she reawakened her “inner artist” and began painting for the first time in 30 years. She also took up writing and got an Autoharp and is learning to play in her mid 60s.

I have presented 2 patients, one with insurance, much testing, and no hope and the other with no insurance, no pretesting, and little hope. One dollar’s worth of charcoal, a diet diary, and a different perspective have resulted in 2 happy and healthy individuals who are promoting naturopathic medicine as they have joyfully reentered their chosen lives. 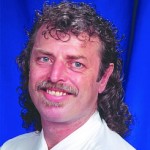 Steven Bailey, ND is a graduate of NCNM, class of 1983. He has maintained a private practice in Portland, Oregon since September 1983. He served on the NCNM board of trustees from 1982 to 1991 and served as secretary to the board for 7 years. He has published 2 books, The Fasting Diet (2002) and Juice Alive (SquareOnePublishers 2007), with a second edition released in February 2010. He has contributed to over one dozen books on health, appeared on over 700 radio shows, and lectured at AANP, OANP, and NWNP conferences. He is immediate past speaker of the House of Delegates and member of the Board of Directors for the AANP. He has taught at NCNM and continues to occasionally guest lecture or present at Grand Rounds. In November 2010, he was ordained as a pastor and is now taking the title of Reverend with his doctor of naturopathic medicine. 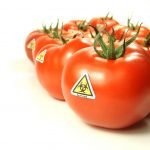 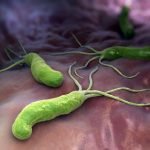