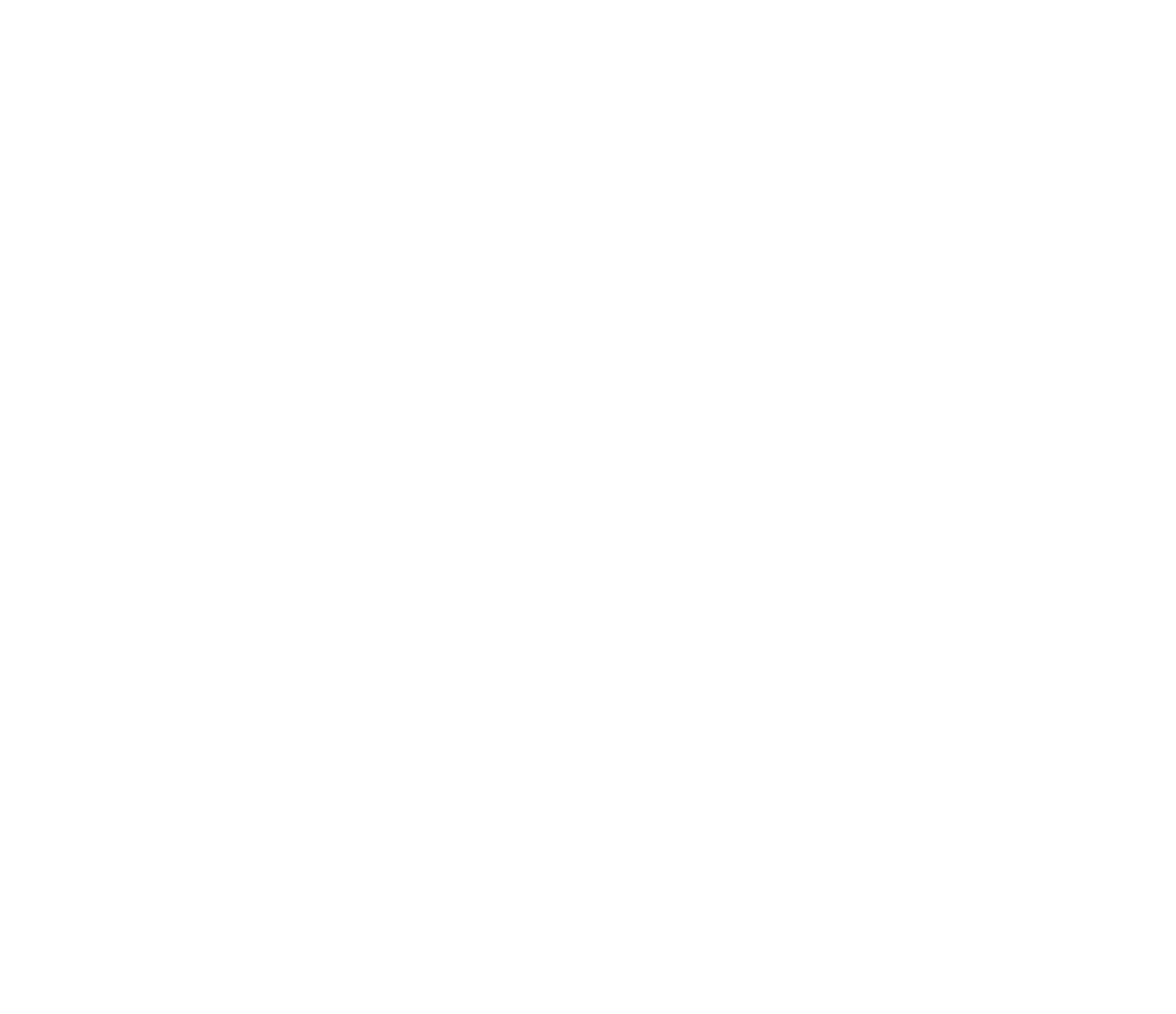 Genetically modified food is an unnatural process involving the genetic modification of genes. DNA from one species is extracted and reinserted into genes of an unrelated plant. The genes are harvested from multiple sources, including other plants, animals, insects, viruses, and bacteria. This gene transfer process is known as genetic engineering or genetic modification, and the result is a genetically modified organism (GMO). 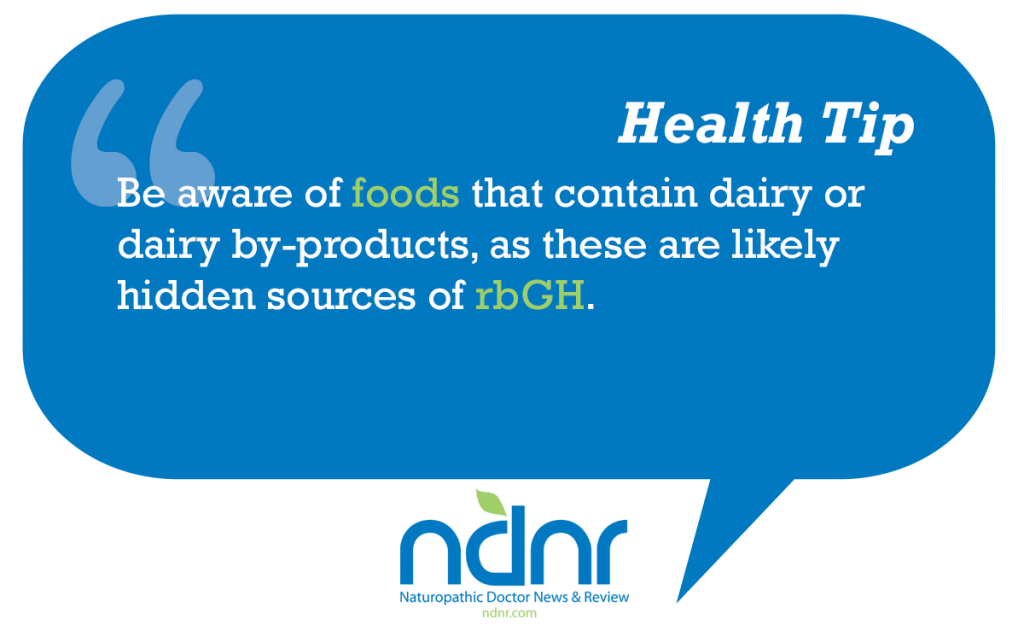 All organisms have a natural process in place that does not usually allow foreign DNA to enter the cell. There are some exceptions to this process, including viral replication within cells. However, when 2 organisms are from different species or even different kingdoms (plants vs animals), there is no natural way for these genes to influence the other species on a cellular level. However, with genetic engineering, the introduction of genes from one species to another is now possible. Introduction of the foreign genes into the host cell requires special processes that may lead to other complications, with possible far-reaching implications for health and general safety.

The process of gene insertion is technologically advanced but lacks precision. Genes that are inserted are done so in a crude manner. Insertion is not precise, and our technology is not sufficiently advanced to know or understand what exact changes to the DNA are taking place. Technology is not able to fully predict the implications of the new DNA insertion or to control what cellular changes may be altered after several genetic replications or with offspring.

Some individuals think of GM as similar to plant grafting or breeding plants or animals, which has been performed for centuries. Genetic engineering is completely different because one is inserting genes from foreign and unrelated species, which in the natural world is forbidden.

The process of performing genetic modification in crops has increased drastically since 1994. Originally, crops that had been genetically modified were marketed as enabling a decrease in pesticide use and an increase in shelf life of foods. In the United States, there are several genetically modified foods in our everyday food supply. As of May 2010, the following foods contained GMOs1:

Other sources of hidden GMOs in our everyday food include dairy products from cows injected with recombinant bovine growth hormone (rbGH), food additives, meat of animals and eggs from animals that have been fed GMO-containing feed, honey from pollen of genetically modified plants, and cross-contamination and cross-pollination of non-GMO plants from nearby fields containing GMO plants. Aside from this short list, there are a host of other possible sources of genetically modified foods or nonfood items that may contain genetically modified ingredients, including cosmetics, soaps, and detergents.

Recombinant bovine growth hormone is found in most milk and dairy products and is known as Posilac by its trade name. It was first used in 1994, and farmers saw a 5% to 15% increase in overall milk production. However, 1 in 6 dairy cows had an increased incidence of mastitis; therefore, the farmers had to increase the use of antibiotics, resulting in increased antibiotics and insulinlike growth factor 1 (IGF-1) in milk. When humans ingested milk that contains high levels of IGF-1, there were increased levels in humans as well. Increased levels of IGF-1 in humans have been linked to increased cancer risk, including colon, prostate, lung, and breast. Before rbGH was administered to cows that produced milk for human consumption, no human tests were performed because this is a drug given to animals, not directly to humans. Even the milk from cows treated with rbGH was never tested in humans.

The 2 main genetically modified foods that were withdrawn from the market because of increasing health concerns were the Flavr Savr tomato and the white potato. In a rat study, the Flavr Savr tomato produced stomach lesions (in 7 of 20 rats), and some (7 of 40) rats died. The genetically modified white potato expressed the lectin gene Galanthus nivalis agglutinin (GNA).2 Results showed variable effects on different parts of the rat gastrointestinal tract. Proliferation of the gastric mucosa showed expression of the GNA transgene, and there was genetic transformation of the small intestine and cecum, with potential precancerous cell growth seen in the alterations of the gastrointestinal linings.

However, in the United States, not only is the general population exposed to genetically modified foods on a daily basis, but also the foods that contain genetically modified ingredients are not labeled as such, so consumers are blinded to the fact that most of the foods they are consuming contain these ingredients. Could this be a cause for some of the sharp increases in certain disease states in the United States? This remains a question that needs to be addressed and studied.

Genetically modified foods primarily include Roundup Ready genes in agriculture crops to better tolerate herbicide applications. This enables a crop to survive application of specific herbicides that previously would have destroyed the crop and offers the farmer a broader variety of herbicide options. The other common genetic modification is the addition of Bt toxin, which produces its own pesticide within the plant. The Bt toxin gene is harvested from a soil bacterium, Bacillus thuringiensis. The bacterium produces a protein that is toxic to lepidopteran insects (caterpillar-stage insects); therefore, crops become insect resistant. Bt toxin is mostly found in corn and cotton. Lest we think that either of these 2 genetic modifications is bad enough on its own, some crops contain both the Roundup Ready and Bt toxin genes. 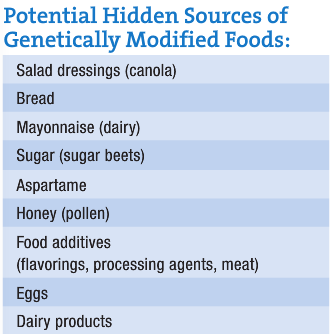 hen these cells are ingested as food. These genes are found in humans and may be linked to antibiotic resistance.

The changes in DNA are somewhat unpredictable, with mutations of DNA, deletion of naturally occurring genes, alteration of gene expressions, and promoter regions that are turned on or off because of unnatural modifications. There are also alterations in RNA, protein creation and application, and biological compounds within the food. Protein may turn out to be slightly different than intended, with mutations, truncations, and rearrangement that were not planned, or the organism may simply produce different proteins.

Genes from genetically modified food may transfer to gut bacteria and be incorporated into the DNA of our gut. The sole feeding study performed to date showed that the genes transferred to gut bacteria in humans.

To help avoid rbGH, look for labeling that says rbGH free, or buy organic products because organic labeling does not allow rbGH. Be aware of foods that contain dairy or dairy by-products, as these are likely hidden sources of rbGH. For general foods, you may choose to shop certain stores (such as Whole Foods, Wild Oats, and Trader Joe’s) that have pledged to use only non–genetically engineered ingredients in their store brand products. Albertson’s and Safeway have organic store brands, which again by virtue of their organic label are genetic modification–free foods.

Overall, you want to attempt to limit or avoid as much as possible all sources of genetically modified foods. Until further research is conducted or until there are different labeling laws for genetically modified foods, it is difficult to know how much genetically modified food one is ingesting on a daily basis. Therefore, try to eat organic whenever possible, especially food items on the dirty list. We need to remember that this world is not ours, but rather we have borrowed it from our children and our grandchildren. We need to protect our world, including the genes that make up the DNA of even our food, which is food to our bodies and souls.

Kristy Anderson, NMD is a licensed Naturopathic Medical Doctor in the state of Arizona and is currently the Medical Advisor – Bioregulatory Medicine for Heel USA, serving at a national and international level for Heel with medical education and medical literature development. She is a published author on homotoxicology in the international journal, Journal of Biomedical Therapy, and the journal Explore, as well as lecturing nationally and internationally on bioregulatory medicine.

Dr. Anderson completed NIH grant-funded research on alternative oncology treatments while in medical school and believes in focusing on combining the best of western medicine and naturopathic medicine for the benefit of the patient. She is a graduate of the Southwest College of Naturopathic Medicine and an active member of the American Association of Naturopathic Physicians (AANP), American Holistic Medical Association (AHMA), and the American College for Advancement of Medicine (ACAM). 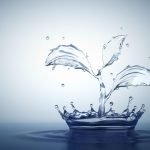