CD vs NCGS – My Patient Tested Negative for Celiac – Now What?

Celiac disease (CD) occurs in about 1% of the population of Western countries.1 CD is an immune-mediated enteropathy in which gliadin proteins found in wheat, and other prolamins found in grains (gliadin in wheat, seceli in rye, and horedin in barley), induce a T-cell mediated response.1 Genetic predisposition, ie, positive HLA-DQ2 and/or DQ8 genes, may cause an exaggerated response of T cells to gluten proteins.1 CD presents as non-specific gastrointestinal and extra-intestinal symptoms that can be reversed with dietary elimination of gluten proteins.1 Diagnosis is made by serologic testing, genetic testing, and (confirmatory) intestinal biopsy. Screening for celiac disease is not common practice. However, if a patient has first-degree relatives with CD, or if the patient has type 1 diabetes or Down syndrome, they should be monitored for onset of disease with any appearance of symptoms.2

Indicators of CD include positive serology for anti-tissue transglutaminase IgA antibody (tTg IgA).2 Other serologic indicators include anti-deamidated gliadin peptides IgG antibody (DGP IgG) and anti-endomysial IgA (EMA IgA) antibody.2 Note that these tests are best used in children over the age of 2.2 If your patient tested negative for both tTG IgA and EMA IgA antibodies but you still suspect CD, be sure to test for total IgA, if it has not already been done. False-negative results for CD can occur when the patient has low total IgA (possibly due to selective IgA deficiency), since this will prevent elevated levels of any IgA antibodies.2 In such a case of low total IgA, DGP IgG or anti-gliadin antibody IgG (AGA IgG) are the alternative preferred tests in the diagnosis and monitoring of CD.2 Note that AGA IgG can be elevated in asymptomatic individuals and may simply indicate increased intestinal permeability to gluten, with or without symptoms of disease.1

Keep in mind that serologic testing can be confounded by a patient already being on a gluten-free diet; this is because a lack of exposure to gluten may cause a decrease in serologic antibody markers. As an example, EMA IgA antibodies – normally a useful marker for monitoring – have been shown to decrease on a gluten-free diet.2 If a patient is willing to do a challenge diet, studies show that introduction of 3 g of gluten per day for 2 weeks may be sufficient to induce “histological and serological abnormalities in the majority of adults with known coeliac disease.”3 If a patient has negative serologic antibody tests, or has been on a strict gluten-free diet (thus prohibiting positive antibody serology) and does not agree to a gluten challenge, but you still suspect celiac disease, consider a genetic test for HLA-DQ2/DQ8. About 95% of CD patients are positive for HLA-DQ2.4. Unfortunately, a positive genetic test is still not definitive for a CD diagnosis. Forty percent of the general population carries the HLA-DQ2/DQ8 alleles, and yet only 0.5-1% of the general population has CD.1 Some carriers will be asymptomatic, and others will be symptomatic to gluten, but will still evade a diagnosis of CD.

Confirmatory diagnosis of celiac disease in the United States is by intestinal biopsy, unless there has already been histologic confirmatory diagnosis of dermatitis herpetiformis.2 CD can be patchy in the GI mucosa, so several biopsies should be taken.1 Intestinal biopsy is graded using the Marsh Classification, which assigns a grade from 1 to 3 based on the level of intraepithelial lymphocytosis, crypt hyperplasia, and villous atrophy.5

The process for diagnosis of CD begins with serologic testing, advances to intestinal biopsy, and is confirmed with relief of symptoms on a gluten-free diet. If patients have unclear serology markers and a negative biopsy, be sure to consider IgE wheat allergy, non-celiac gluten sensitivity, and/or increased intestinal permeability due to another cause.

Some will ask, why not just avoid gluten altogether? After all, an estimated 20% of US consumers are shopping for gluten-free foods, and there is no shortage of options in the marketplace. The market for gluten-free foods is estimated to increase to 6.6 billion dollars by 2017.3 Despite this, a gluten-free diet can be socially isolating and difficult to adhere to. Let us figure out if a patient truly needs to restrict all wheat and gluten grains before encouraging them to do so.

The first studies on NCGS were conducted in the 1970s on a small number of young to middle-aged women with longstanding abdominal symptoms consistent with a diagnosis of irritable bowel syndrome (IBS).3 NCGS is most commonly seen in adults,3 especially women aged 30-50 years,6 and can include intestinal and extra-intestinal symptoms after gluten exposure.7 Common diagnoses commonly seen in patients with NCGS include IBS (especially diarrhea-dominant IBS7), other food intolerances (often lactose), and IgE allergy to inhalants, foods, or metals.3

Currently, the gold standard for diagnosis of NCGS is dietary elimination and double-blind, placebo-controlled food re-challenge.3 Other studies have suggested 6 weeks of gluten intake followed by a gluten-free diet for at least 6 weeks, in combination with a questionnaire, to evaluate the response to a gluten-free diet.1 The difficulty with this evaluation is that most patients who know they feel worse when eating gluten are unlikely to introduce gluten in a challenge.3

Efforts have been made to distinguish between CD and NCGS based on immune response. A bowel biopsy that is negative for CD could still demonstrate intraepithelial lymphocytes.2 Preliminary studies of NCGS have shown eosinophilic and lymphocytic infiltration of duodenal and colonic mucosa.6 From these studies we understand that NCGS involves an immune reaction, if not necessarily antibodies made to self (ie, anti-tTG and/or anti-EMA antibodies seen in CD patients).

Antibodies found in NCGS patients include IgG AGA.1,6 However, Aziz et al report that while 25-50% of NCGS patients can have serum AGA (mainly IgG), anti-gliadin antibodies can also present in the general population and in healthy blood donors.3 The presence of AGA, which indicate an adaptive immune response and increased intestinal permeability to gluten, may be helpful in diagnosing NCGS. If a patient has tested negative for CD serologic markers but is positive for anti-AGA, a diagnosis of NCGS and a trial of a gluten-free/wheat-free diet should be considered.7 Treatment of NCGS, like CD, involves gluten avoidance, which typically results in clinical and serological remission.3 Overall, testing for and tracking antibodies can be useful in determining resolution of pathology, but is not perfect.

Other Causes of Symptoms

Gluten may not be the only culprit of patient symptoms. Wheat, in addition to containing gluten, contains amylase-trypsin inhibitors (ATIs), a naturally occurring pesticide found in many plants.7 ATIs activate the innate immune system through activation of Toll-like receptor 4 and induction of the release of proinflammatory cytokines in myeloid cell studies of CD and non-CD patients.7 ATIs have also been found to cause intestinal and systemic release of cytokines and chemokines in mice.7 Further studies show that ATIs can “inhibit repair of gut epithelial cells,”2 and cause proinflammatory cytokines to rise in the circulation within 2-12 hours of ingestion.3

ATIs make up about 2-4% of the total wheat protein and about 80-90% of the total gluten protein.3,7 Given that ATIs instigate an immune reaction in the gut, we may see antibodies to various proteins present in wheat. When ATIs and/or wheat proteins are the culprit for symptoms rather than gluten proteins, the patient may need a wheat-free diet rather than a gluten-free diet. This would give a patient more dietary freedom and a possible diagnosis of non-celiac wheat sensitivity. Non-gluten proteins in wheat include purinin, farinin, alpha-amylase, serpin, and globulin.9 It is possible to test for IgG and IgA antibodies to these proteins.9

Dysbiosis may also play a role in the pathogenesis of CD and NCGS.1 Studies show increased levels of interleukin-10 have been found in patients with CD who also have a predominance of Firmicutes and low levels of Bacteroides in the gut.1 A retrospective study found that 30% of patients with self-reported NCGS tested positive for small intestinal bacterial overgrowth (SIBO).3 SIBO patients have abnormal bacteria in the small intestine that ferment carbohydrates and produce gastrointestinal symptoms. Fermentable carbohydrates, or FODMAPS (Fermentable Oligo-Di-Mono-saccharides and Polyols) include fructans found in wheat.3 In such cases, treatment of SIBO may resolve self-reported NCGS.

Given that NCGS is most common in adults, we should consider what makes an adult (as opposed to a child) an appropriately susceptible host, besides mere HLA-DQ2 and DQ8 genetics. Adults have had years of stress, years of exposure to gastrointestinal pathogens, poor-quality foods, chemical exposures, and haste to medicate in order to get well and return to work. According to a 2014 CDC report, 835 antibiotic prescriptions are written for every 1000 people per year, with the most being prescribed for females over age 20, the same population at greatest risk for NCGS.10 A patient with multiple exposures to antibiotics may have aberrant microflora and as a result may be susceptible to developing sensitivity to gluten-containing foods.

Both the Centers for Disease Control and Prevention (CDC) and the World Health Organization (WHO) acknowledge that there are pervasive toxicant exposures affecting human health.8 Adults and children alike may have accumulated chemical/toxic exposures causing toxicant-induced loss of tolerance (TILT), essentially an impaired and hypersensitive immune system.8

A dysregulated immune system can respond to previously insignificant environmental triggers, causing “release of proinflammatory cytokines, antibodies, chemokines and interleukins and produce a variety of symptoms.”8 This toxic burden hypothesis accounts for those patients who have had late-onset NCGS (meaning that they were previously tolerant to gluten) and those whose gluten intolerance resolves with elimination or treatment of their toxic burden.8

Chemical/toxic burden is especially seen in patients with neuropsychiatric disorders that are associated with gluten ingestion or that resolve with gluten avoidance.8 There are reports linking autism, schizophrenia, ataxia, neuropathy, encephalopathy, epilepsy, myopathy, and myelopathy with gluten sensitivity.8

If CD “is considered an autoimmune condition resulting from these environmental triggers (gluten and possibly the aberrant microflora) in the appropriately susceptible genetic host,”1 and there is confounding overlap in signs and symptoms of CD and NCGS, I think we might consider adopting the stance that NCGS may be a condition of altered intestinal permeability6 resulting from environmental triggers such as gluten, wheat, and aberrant microflora, as well as chemical/toxic burden, in the appropriately susceptible host.

I implore us as healthcare providers to remember that “NCGS may not always be an isolated condition and may involve interaction, potentiation, or overlap with other types of sensitivities”8 and causes of intestinal permeability. Patients who find relief in avoiding gluten may not just be sensitive to gluten, but gluten may make an easy scapegoat. We should do our due diligence to investigate all possible causes for dis-ease that may be related to gluten, especially when a patient has tested negative for celiac disease. 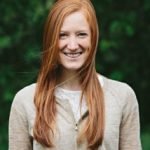 McKenzie Treloar Mescon, ND, received her doctorate in naturopathic medicine from the National University of Health Sciences in Lombard, IL, in 2016. She is currently wrapping up her residency at Spring Integrative Health in Bozeman, MT, where she has been fortunate to stand on the shoulders of naturopathic giants and launch her own busy practice. Dr Mescon is passionate about herbal medicine, laughter, and stimulating the Vis, among other things. In her free time, she can be found outside reading, skiing, hiking, foraging, fishing, or hunting with her exceptional new husband, Hanzi. 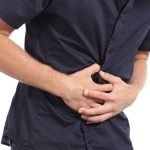 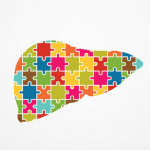