Since the release of the Rome IV criteria and a series of articles in a special issue of Gastroenterology (Volume 150, Issue 6, May 2016), there has been an upsurge in interest in the diagnosis and treatment of functional digestive disorders (FGID) by the medical community in general, as well as popular culture. In the introductory article, the editors explain, “Without a structural basis to explain its clinical features, or understanding of these disorders adhere to a biopsychosocial model which is best represented for these disorders in the growing field of neurogastroenterology.1”

The general consensus regarding the pathophysiology of FGID contends that they are primarily disorders of gut-brain interaction and are characterized by the following features:

On top of these physiological manifestations of FGID lays an intricate network of influences comprising the “psychosocial” nature of these conditions, which include such diverse influences as: pop culture trends, familial protocols regarding communication of digestive symptoms, comfort in visually inspecting one’s own stool, food safety and hygiene practices, and even sleep and exercise behaviors. Special subsets of patients with comorbid anxiety, depression, and/or eating disorders present an additional layer of complexity for the clinician. Finally, the presence of other, more “tangible” diagnoses, such as small intestine bacterial overgrowth (SIBO), Crohn’s disease (CD), and ulcerative colitis (UC), can often take precedence in case management, potentially resulting in overlooked treatment routes.

About 5 years ago I created a model for the management of FGID, which I call The COHERENT Method. Since then, I have continued to refine this methodology and present it to various groups. The term “COHERENT” is an acronym that can be used as a mnemonic device to help practitioners remember the method’s different components. This method is licensed under a Creative Commons license (CC BY 4.0), meaning that anybody may use or develop this material for their own purposes, so long as it is simply attributed to me as the original author.

The main considerations here are sources of beneficial microbes in a patient’s diet and environment. Cultured and fermented foods constitute an easy point of entry for many patients. Probiotic supplements are an additional vector for colonization. There is also evidence suggesting that exposure to certain microbes present in natural environments can have health benefits.2

It is important to be aware that the general body of literature does not support the notion that “bigger is better” when it comes to colony-forming units (CFUs) or the number of different species administered in a probiotic supplement. Rather, the consensus favors a tiered approach to understanding the physiological effects of probiotics, which differentiates between genus-, species- and strain-specific effects.3

Naturopathic physicians are generally well equipped to advise patients on all manner of dietary improvements. However, it has been my clinical experience that FGID patients often present already having made significant improvements to their diets, and are often perplexed that enacting these dietary changes did not result in the benefits they were expecting. It can become necessary to investigate further why a diet of predominately nutritious foods is not resulting in improved health.

This can occur for a variety of reasons, which are not necessarily mutually exclusive. Chronic inflammation and resulting tissue destruction, pancreatic and/or bile insufficiency, altered motility and/or osmotic gradients, and dysbiosis are all reasons why an FGID patient with an “otherwise healthy diet” might be experiencing digestive upset.

While digestive enzymes and betaine HCl can be handy, it is important to consider situations where exocrine pancreatic insufficiency or hypochlorhydria are not actually present, as this may result in symptom masking. One controlled study investigating meal-stimulated gastric acid secretion and gastric acidity in gastroesophageal reflux disease (GERD) revealed no significant differences in pre-prandial gastric acidity between groups, although the latter group indeed demonstrated significantly increased post-prandial gastric acid secretion.4

Digestive system function is dependent upon signal coordination between several organs and tissues – including the brain – largely via the autonomic and enteric nervous systems.5 Additional pathways include the cardiometabolic, neuroendocrine, and immune systems.6 As this picture of interconnectedness unfolds, it becomes difficult to discuss the function of any other system independently of its connection to the digestive system.

Many herbal medicines have been investigated for the management of FGID,7 although only Melissa officinalis8,9 (lemon balm) and Origanum marjorana10 (marjoram) have demonstrated parasympathomimetic effects in recent research. Techniques such as abdominal breathing and mindfulness can also help patients upregulate the parasympathetic system.

Energize metabolism – To provide full-spectrum nutritional support for the body

It is common for a FGID patient presenting for an initial visit to not only already be restricting gluten and dairy but several other factors as well, such as fructose, phytates, oxalates, salicylates, and fermentable carbohydrates. These highly restrictive eating patterns are often recommended by various social networks and other practitioners, and can create additional difficulty in discerning which restrictions – if any – truly benefit the patient.

Comorbid anxiety can become generalized around food, resulting in symptoms triggered by the mere anticipation of eating. These symptoms may be misinterpreted as having resulted from the food, leading to further restrictions. In more concerning cases, restrictive eating behaviors, touted as self-management during an intake, may turn out to be an undiagnosed or undisclosed eating disorder.

Additionally, evidence suggests that the relatively low quantities of “microbiota-accessible carbohydrates” (MACs) in the standard Western diet may be a leading risk factor in the development of dysbiosis in the first place.11 For this reason, it is important to consider carefully before recommending a diet that restricts fermentable carbohydrates as a long-term treatment.

Broadly, this objective refers to the role that mindfulness, self-awareness and, eventually, self-actualization all have in helping to cultivate an increased sense of wellness in the patient, even in the face of a potentially debilitating condition. In a more focused sense, this refers to increasing awareness regarding relationships between thought and emotional patterns and physical symptoms that are now more clearly understood to be part of the overall pathophysiology of the gut-brain-microbiota axis12 in FGID.

The full breadth of psychotherapy and mind-body techniques that are potentially helpful for FGID is well beyond the scope of this article, though it is worth mentioning that one study using cognitive behavioral therapy (CBT) in childhood functional abdominal pain syndrome (FAPS) (now termed centrally mediated abdominal pain syndrome,13 or CAPS) found significant improvements in patients’ frequency and severity of pain episodes, missed school days, physician office visits, and PedsQL scores.14

The 3 main elements which come together to meet this objective of equalizing terrain are: fiber, water, and movement. Each presents its own set of benefits and challenges.

Fiber is generally already in short supply in the diet. However, because many types of fiber can increase gas and bloating in FGID patients, these individuals are especially vulnerable to fiber deficiency and their symptoms can offset the utility of fiber as a therapeutic agent. Focusing dietarily on certain subtypes of fiber can be useful. Research has shown that prebiotic gums, such as partially hydrolyzed guar gum (PHGG), up to 6 g/day, actually improves gas and bloating.15

Encouraging patients to drink hot tea is a great intervention, for multiple reasons. The ritual of tea-making and consumption can itself be utilized as a therapy, as well as present an additional vehicle for ingesting medicinal herbs with digestive system effects, such as Mentha spp (mint), Glycyrrhiza glabra (licorice), Matricaria spp (chamomile), and Foeniculum vulgare (fennel).

Finally, physical movement makes a significant contribution to the regulation of gut physiology. Taking walks or engaging in other light exercise before meals may help prime the gut neurophysiology to receive nutritional input. On the other hand, a systematic review found considerable evidence that strenuous exercise has a major (though seemingly reversible) impact on gastrointestinal integrity and function,16 raising questions about the safety and health implications of regular strenuous exercise, particularly in FGID patients and other vulnerable populations.

Neutralize invaders – To remove harmful microbes from the digestive system

Once identified, treating an infection is typically straightforward. However, certain microbiota may be potentially harmful or helpful, depending upon the circumstances and relative abundance.17 In addition to pharmacological and/or botanical antimicrobials, certain probiotic agents may be specifically indicated as adjunctive therapy. For example, Lactobacillus acidophilus CL1285 has been proven safe and effective in the prevention of Clostridium difficile-associated diarrhea.18,19

In other situations, such as small intestine bacterial overgrowth (SIBO), first-line approaches tend to focus on berberine-containing herbs, botanical extracts, and essential oils. These have been shown to be generally equivalent to treatment with rifaximin for SIBO.20 Relatively newer methods, such as phage therapy21 and spore therapy,22 are also undergoing investigation and may warrant a closer look if  more typical therapies fail.

Managing chronic inflammation, hypermotility, and visceral hypersensitivity forms the basis of this final objective. One common link between these 3 aspects of gut dysfunction is provided by the endocannabinoid system,23,24 suggesting a need for further investigation into cannabinoid therapies, particularly cannabidiol (CBD).

Boswellia serrata and Curcuma longa have received positive reviews in the literature for treatment of chronic gut inflammation.25 Eschscholzia californica presents an interesting – albeit unstudied – option for patients suffering from centrally-mediated hypermotility and hypersensitivity.

Functional gastrointestinal disorders comprise an active area of research, largely fueled by technological advances permitting investigation of the human gut microbiome at the molecular level. According to the Rome IV consortium, FGID are disorders of gut-brain interaction, and a biopsychosocial approach to patient care – philosophically akin to the naturopathic principles – is now considered the standard of care for these disorders. What is more, research into several natural therapeutic agents has produced a growing body of Level I and II evidence that is worthy of consideration by any practitioner treating FGID, especially with a relative dearth of effective drug therapies.

The COHERENT Method is an open-source framework for management of FGID. Eight broad treatment objectives offer a general structure for formulation of individualized treatment plans that incorporate diet and natural therapies with psychosocial elements, as supported by recent literature. 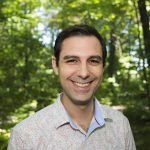 Matt Marturano, ND, is a naturopathic physician with a keen interest in the human gut microbiome and digestive system. Dr Marturano’s educational background includes an undergraduate degree in biology and philosophy from the University of Michigan, and a doctorate of naturopathic medicine from the Southwest College of Naturopathic Medicine. He currently conducts lectures, webinars, and trainings on an open-source method for the natural treatment of functional digestive disorders. He is also a managing partner for Orchid Holistic Search, a boutique executive search company focused in the natural products industry. 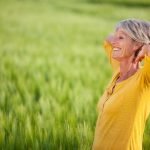 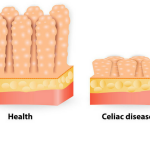