PCOS and the Gut: The Role of the Gut Microbiome in PCOS Treatment

Patients with polycystic ovary syndrome (PCOS) typically struggle with hormone imbalances, insulin resistance, irregular menses, lipid imbalances, obesity, and inflammation.1 In these patients, the practitioner will want to target steroid hormone detoxification pathways, but should also consider treatments that impact insulin sensitivity, the adiponectin/leptin balance, and inflammation. Of the many modalities that can positively affect these parameters, manipulation of the gut microbiome should be foundational when working with PCOS patients.

The gut microbiome can influence circulating steroid hormone levels in several ways. One direct pathway is via beta-glucuronidase, an enzyme responsible for deconjugation and recirculation of substances packaged for fecal excretion.2 Certain gut bacteria such as Bacteroides, Clostridium, and Roseburia can produce beta-glucuronidase, which leads to decreased excretion of substances previously bound through glucaronidation.3 Steroid hormones and xenobiotics are both substances that undergo hepatic glucuronidation,3 which makes beta-glucuronidase, and the bacteria that create it, prime targets for intervention. Prebiotic fiber, which can also help bind recirculating steroid hormones, can serve a dual purpose when used to positively influence beneficial gut bacteria populations.

Another mechanism by which the microbiome influences insulin resistance is via short-chain fatty acids (SCFAs). Butyrate, propionate, and acetate are 3 of the most common SCFAs produced by bacteria in the intestines, with butyrate functioning as a primary fuel for colonocytes.6 SCFAs play key roles in lipogenesis, gluconeogenesis, and fatty acid oxidation.6 These metabolites have also been shown to upregulate secretion of glucagon-like peptide-1, glucagon-like peptide-2, and peptide-YY – all of which are hormones associated with glucose metabolism.6

Insulin resistance is often accompanied by a skewed adiponectin/leptin ratio, due in large part to leptin resistance.7 Adiponectin is an adipokine considered to be beneficial. It has been shown to be anti-inflammatory and insulin sensitizing.7 Leptin is a hormone secreted by white adipose tissue that sends satiety signals to the brain. Leptin resistance happens when the brain ignores this signal. In obese patients or patients with insulin resistance, the adiponectin/leptin ratio favors leptin.7,8 Researchers are working to understand how to increase adiponectin levels without detrimental side effects, though levels tend to normalize with interventions that address insulin resistance and/or weight loss.9 Interestingly, 2 studies using therapies commonly prescribed by naturopathic physicians – curcumin and vitamin D supplementation – have shown promising results in raising adiponectin levels (in addition to their other beneficial effects).10,11

The role of inflammation in PCOS has long been established. Researchers have further noted the associations between elevated androgens, increased adiposity due to glucose dysregulation, and increased expression of pro-inflammatory cytokines in PCOS patients.12 Specifically, levels of C-reactive protein, interleukin-1 (IL-1), interleukin-6 (IL-6), and tumor necrosis factor alpha (TNF-a) are often elevated.13,14 The relative increases in these inflammatory markers correspond with increased adiposity, though elevations are still seen in normal weight BMIs.12

Balancing the gut microbiome can help decrease the expression of inflammatory cytokines by reducing adiposity (through improved glucose management) and by modulating the immune system. The production of SCFAs are a good example of how this is accomplished. In addition to their role in glucose metabolism, SCFAs influence regulatory T cells and can inhibit neutrophils, thus reducing the expression of TNF-a and various interleukins.15 Furthermore, some bacterial imbalances can promote inflammation by altering SCFA expression. Specifically, strains of Escherichia and Shigella, which have been found in PCOS patients, have been shown to alter SCFA formation in the gut.

A healthy and balanced gut microbiome is essential to counteract the downstream consequences and long-term sequalae of the chronic hormonal imbalances present in PCOS. Targeted prebiotic and probiotic supplementation can address multiple avenues of PCOS pathology while also supporting the efficacy of other interventions. In a 2019 study by Sabico et al, a multi-strain probiotic targeting the gut-liver axis improved levels of glucose, insulin, homeostasis model assessment for insulin resistance (HOMA-IR), adiponectin, IL-6, TNF-a, LPS, and CRP in treatment naïve type 2 diabetes patients.17 The 6-month, placebo-controlled, trial used Bifidobacterium bifidum W23, Bifidobacterium lactis W52, Lactobacillus acidophilus W37, Lactobacillus brevis W63, Lactobacillus casei W56, Lactobacillus salivarius W24, Lactococcus lactis W19, Lactococcus lactis W58.17 Additional research is needed to confirm these results in PCOS patients; however, based on what is known about prebiotic and probiotic supplementation, if a single intervention had such a significant impact on these important biomarkers, imagine what can be accomplished if combined with all of the other interventions naturopathic doctors typically use with PCOS patients. 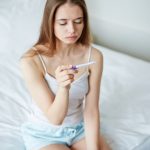 Metformin & Myo-inositol: Management of Insulin Resistance in Women with PCOSFertility 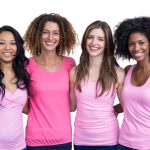 Earth 2022 and Beyond: Strategic Avoidance of Female Health RisksFertility