Oats are the seeds of the plant Avena sativa, a cereal grain that has been used as a foodstuff for both humans and livestock for millennia.1 As a dermatological agent colloidal extracts of oats have been used for their antioxidant, anti-inflammatory, moisturizing, cleansing and even ultraviolet protective properties.2 Oats are an excellent source of soluble fiber in the form of beta-glucans, alpha-tocopherols, B vitamins, minerals, proteins, and plant fats. As a grain without gluten, oat flour and bran are used as an alternative food for persons suffering from celiac disease.3,4

As a health food, oats have received extensive attention in recent times for their ability to lower serum cholesterol levels.5 Oat beta glucan isolates have been shown to shift serum cholesterol profiles to contain less low-density lipoproteins (LDL) and more of the desired high-density lipoproteins (HDL).6,7 Oat bran products have been shown to reduce postprandial glucose spike after a glucose load in patients with type 2 diabetes.8 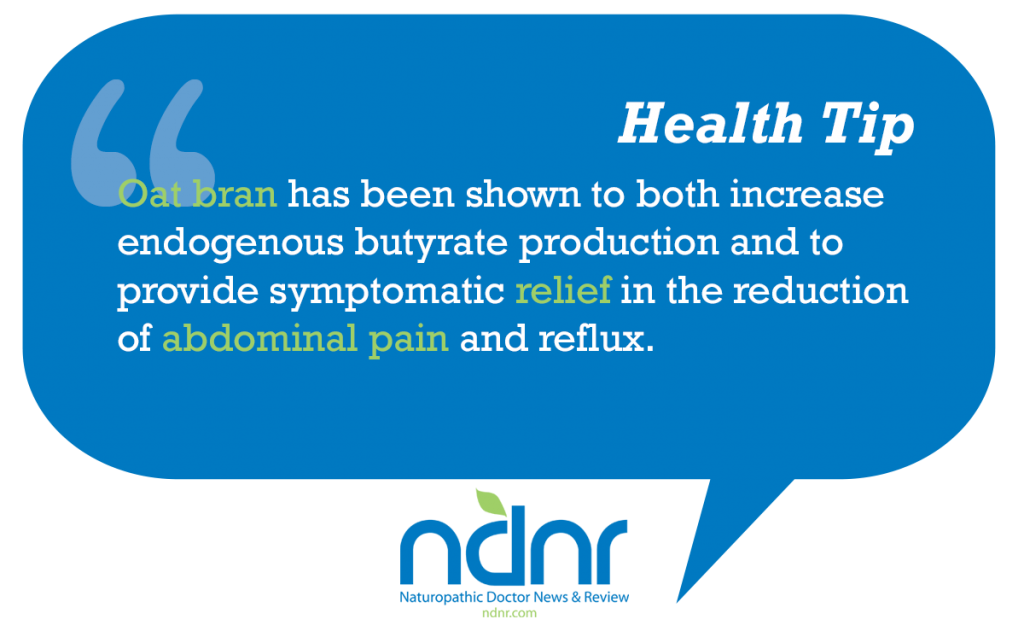 In the gastrointestinal (GI) tract, oat beta glucans are a prebiotic that is selectively fermented by butyrate-producing microorganisms.12 Oat bran has been proposed as a dietary treatment for ulcerative colitis and has been shown to both increase endogenous butyrate production and to provide symptomatic relief in the reduction of abdominal pain and reflux.13

Room temperature water extracts of uncooked oats have been shown to have a significant ability to inhibit fungal growth when applied to rye bread as a food preservative. The method of action is the presence of a chitinase enzyme with activity that is at least 10 times more abundant in oat extracts (Avena sativa) than from other grains. Oat chitinase enzyme activity is deactivated by heating. Optimal chitinase enzyme pH is 7.0 with a loss of 80% of activity at a pH of 8.0, yet only a loss of 40% of activity at a pH of 4.0. While Penicillium roqueforti is the rye bread mold species examined in most detail, activity against other species of yeast and fungi has been observed including species from the genuses Penicillium, Aspergillus, Eurotium, Phoma, Trichoderma, Alternaria, Geotrichum, Cladosporium, Botrytis, Paecilomyces, Rhizopus, and Candida.14

In conventional medical literature, Candida species are viewed as either completely benign commensal microflora in persons with competent immune systems, or a deeply invasive and potentially deadly infection in persons with a compromised immune system.15 Whether a semi-invasive Candida colonization in Gi tissues or intolerance of Candida can be a cause for ill health is a controversial and complex topic in the peer-reviewed science literature.16,17

Patients having a Candida problem often complain of fatigue, malaise, cloudy thinking, spastic colitis, alternating or chronic diarrhea and/or constipation, and a craving for sweet and high glycemic foods. Consumption of simple sugars and high glycemic foods aggravate the experience of symptoms. A diet that limits high glycemic foods moderates symptoms. Antifungal therapy using nystatin, azole drugs and various herbal preparations containing berberine, essential oil of oregano and other antifungal principals, at first spike symptoms, commonly referred to as a “die-off” or Herxheimer reaction, followed by a relief of symptoms. Candida species can be isolated from fecal samples and elevated Candida IgG is found in serum.17

The development of semi-invasive or Candida intolerance symptoms often follows a history of extensive antibiotic and/or corticosteroid use. It also may follow a history of heavy metal problems due to fish eating, dental amalgams, and/or inoculation with thimerosal vaccine preservatives. Low-dose heavy metal intolerance is a functional health problem typically without gross pathology. The MELISA test provides an unambiguous diagnostic demonstrating heavy metal pathology when type IV hypersensitivity to the metal is present.20

Human hosted colonies of Candida species develop resistance to chronic antifungal treatments and there is a research effort underway to learn how to best subvert that resistance.18,19 What if an effective therapy for GI Candida colonization, invasion and intolerance is as simple as eating raw oats? That is the proposal of this paper. The answer will likely be built on anecdotal data as there is no apparent way to constrain the use of raw oats and their extracts to a patent and pharmaceutical franchise model. Attracting adequate funding for a systematic clinical evaluation of raw oats also seems unlikely.

For those who suspect that intolerance to Candida species colonizing their GI tract is diminishing their health, what is the risk of trying raw oats? Outside of type I immune hypersensitivity (anaphylactic allergy) that is always possible for any substance, it would seem little. Raw oat meal is an easy to prepare food that has many health benefits to offer. Raw oat milk is a food product that contains prebiotic soluble fiber and antifungal chitinase enzymes that can be taken therapeutically between meals to diminish GI fungal load and encourage a healthier bowel flora by selectively feeding butyrate-producing microflora.

Raw (unkilned) organic oat groats are sometimes called sprouting oats or Scottish oats. Oat groats are the unbroken inner oat seed kernels with the outer husks removed. Raw oat groats have not been cooked nor heat treated in any way; they are living seeds that will sprout.

Place 1 cup groats into a 2 cup measuring container and cover with water. Let stand at least 2 hours. Overnight is a sufficient and convenient soaking time for morning oatmeal.

Macerate the soaked oats in a high speed blender. Dish out and serve as you would cooked oatmeal, consuming all the liquids and solids. The natural flavor of raw oatmeal is nutty and slightly sweet. Persons suspecting Candida problems should not sweeten the oatmeal further, but can season their meal with cinnamon or other spices.

Pour mixture through a fine mesh strainer into a catching container, stirring the bran accumulating in the strainer, allowing the milk to pass into the catchment. The insoluble remainder can be saved as a thickening ingredient for other recipes and can be cooked. The antifungal chitinase enzymes are dissolved into the milk and the milk should not be heated.

Cover and refrigerate for use as a drinking milk. Oat milk can be flavored with the addition of vanilla or other non-sweetening seasoning allowed to permeate the stored milk. With storage the milk separates and the solids settle. Stir or shake before pouring and drinking. For therapeutic use, drink oat milk between meals, allowing the milk to coat oral and GI mucous membranes. 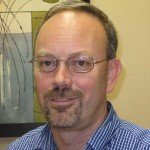 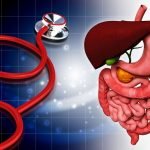 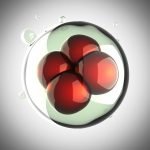