Consumer demand for immune health products is at an all-time high, and projected to continue for years to come. A strong immune system is critical for good health. Consumers are focused on proactively managing their health with a host of natural products and ingredients. Recently, science has shown that an emerging class of ingredients known as postbiotics are comparable to probiotics with several health benefits. A key difference though is that postbiotics are often more stable and convenient to include in consumer products. There’s no need to care for their viability, they are generally stable at room temperature, and they can be applied to many product forms, offering formulators greater flexibility.

Immune support products backed by clinical research will experience increased market share.   Today’s consumers are making necessary lifestyle and dietary changes, and taking daily nutritional supplements for immune support.  But they want to see the proof. Science is validating what consumers demand. And as a formulator or manufacturer of immunity supplements, you need to know the importance of including a scientifically backed postbiotic in your immunity support products.

What is a Postbiotic?

Along with immune health, consumers have become increasingly aware of the connection between gut health (the microbiome) and immune function. Nearly two-thirds of global consumers associate probiotics with immune health, which opened the doors for an emerging class of exciting new ingredients called postbiotics.  For example, a Google Search of the term ‘postbiotic’ has seen a nearly 1,300% increase over the last two years, according to new data from Lumina Intelligence.

“Preparation of inanimate microorganisms and/or their components that confers a health benefit to the host.”

Science has confirmed that many of the health benefits obtained from live bacteria can also be obtained from nonviable cells. However, postbiotics provide the added advantage of being more stable and convenient than probiotics. They also have clear chemical structures, well-defined safety dose parameters and distinct signaling molecules that, in the case of leading and clinically studied and ingredients over the last decade, have immunomodulatory activities.

A unique strain of lactic acid bacteria scientifically known as Lactococcus lactis strain Plasma (LC-Plasma), IMMUSE™ is the first lactic acid bacteria clinically tested to directly activate pDCs, a key leader of the immune system. Discovered by Kirin Holdings, and cultivated using Kirin’s proprietary cultivation process, the strain was then heat-killed, turning it into a postbiotic that’s much easier to formulate with. As a postbiotic, the ingredient is also more stable at room temperature compared to probiotics, which means no refrigeration is required.  “The Key component of pDC activation is retained in the LC-Plasma’s cell particle,” explains researcher and director of technical affairs with Kyowa Hakko USA, Shintaro Ichikawa, PhD. “Since the heat treatment process does not break the cell particle, both the live and heat-treated LC-Plasma work the same way.”  This also provides a more comprehensive immune support, that is a self-affirmed GRAS, vegetarian, non-GMO, allergen-free and applicable to a wide variety of applications including tablets, capsules and foods — offering manufacturers many versatile formulation options.

What is More Comprehensive Immune Support?

An immune activator, Lactococcus lactis strain Plasma (LC-Plasma), known by its brand name IMMUSE™, safely stimulates plasmacytoid dendritic cells (pDCs) to provide more comprehensive immune support across both innate and adaptive immune systems.   The immune system is a complex, dynamic structure that exists throughout the body for one purpose: to protect our health. It contains a variety of different immune cell types, each with their own specialized role in identifying, signaling, engulfing and destroying foreign invaders before they can cause harm.

Plasmacytoid dendritic cells (pDCs) are known as the ‘commander-in-chief’ of the immune system — recruiting, communicating and directing an entire army of key immune cells involved in both the innate and adaptive immune responses.  When pDCs detect an invading pathogen, these influential cells secrete large quantities of type-1 interferon (IFN-α), an important signally molecule that stimulates nearly every type of immune cell for full, broad-range defense — bridging the gap between innate and adaptative immunity.

Scientists at Kirin knew that if they could find a strain of lactic acid bacteria that safely stimulated pDC activity, they could provide an ingredient that offered an unprecedented level of immune support. After testing hundreds of strains, they found LC-Plasma, which was then cultivated, heat-treated and made available to improve the ability of product manufacturers to meet consumer demand for better immune support products.

Discovered by scientists in the 1990s, pDCs have three defining characteristics:

Consumers worldwide have become more aware of their overall wellness, and plan to maintain a healthier lifestyle in the future. They’re conscious of their immune health and making it a daily priority, banking on the long-term benefits of building a strong, resilient immune system. As consumers become more discerning, placing a high priority on scientific evidence and clinical research to determine the effectiveness of immune health products, product manufacturers need ingredient supply partners that not only understand the science, but are capable and dedicated to backing up their products with published studies, human trials, and the educational materials. With over a decade of scientific research behind it, IMMUSE™ (LC-Plasma) is one of the most comprehensively studied immune health ingredients. The novel postbiotic has been the subject of 29 published studies, including 14 human clinical trials substantiating the ingredient’s efficacy and safety. Overall, the studies have demonstrated that it is safe and well tolerated.

Formulators and manufacturers are benefiting by adding IMMUSETM to products such as nutritional supplements and functional food and beverages.  IMMUSE™ (LC-Plasma) is a natural food and dietary ingredient clinically shown to provide comprehensive immune support at the cellular level for year-round health when taken regularly.* 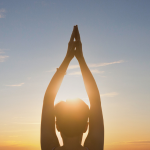