Small Intestine Bacterial Overgrowth: The Case of the Perpetual Patient

While the concept of dysbiosis is not new, the research on Small Intestine Bacterial Overgrowth (SIBO) is.  It is showing that bacteria cause chronic constipation, an astounding finding.  We already knew pathogenic bacteria cause diarrhea, but what about normal bacteria, just overgrown in the SI?  SIBO is being hailed as the actual cause of IBS, and a major contributor to fibromyalgia (via “auto-intoxication” of bacterial endotoxins) as well as many other conditions as would be expected from any serious disturbance of SI structure or function.  Principle researcher Dr Mark Pimentel and his team at Cedars-Sinai (C-S) hospital in Los Angeles have been at the forefront of this work and have pioneered a treatment protocol (Pimentel 2006).  Our treatment combines their work with that of the late Canadian researcher Elaine Gottschall who explained SIBO without naming it such, and detailed Dr Haas’s Specific Carbohydrate Diet, in her book Breaking the Vicious Cycle.  Our approach also includes customary Naturopathic treatment.

Bacteria are normally kept at low levels in the SI (<100 thousand/mL) by bactericidal GI secretions, the migrating motor complex (MMC) which sweeps it clean between meals and at night, as well as the ileocecal valve, which prevents backflow.  Conversely the LI is meant to have a large bacterial population (100 billion/mL) where they perform helpful activities.  If the normal SI protections are compromised by factors such as acute GI infection, GI surgery, disease or chronic stress, overgrowth can and does occur.

Consider the case of a 28 year old female who presents with chief complaints of IBS-A and chronic heartburn.  She also complains of restless legs, rosacea and sleep disturbances.  Her IBS symptoms consist of diarrhea 4-5 x day, alternating with constipation.  She describes her epigastric pain as burning over the sternum which she uses DGL for, all day long and often at night.  She uses vinegar before meals but too much aggravates the pain and doesn’t take it away, although it helps some.  She has chronic initial insomnia, night terrors and nocturia 3-4 x night.  She says “grains don’t digest for me”.  She is being treated for Hashimoto’s thyroiditis by another ND.  Labs reveal a negative H pylori breath test and chronic low ferritin.

Of particular note is the fact that this patient had worked extensively with many ND’s, holistic MD’s and acupuncturists, including elders of distinction in each field, but did not find relief.  This could only be because of missing information, since it surely wasn’t modality variety, skill or experience that was lacking.  Having studied SIBO for the previous year, we hoped we had something new to offer her.

A 3 hour lactulose breath test (see resources) was performed which revealed distal SI bacterial overgrowth.  The treatment was 3 fold: diet, antibiotics with probiotics and an SI motility agent (prokinetic).  The diet removes food that would feed bacteria, as well as foods that cannot be digested by a damaged brush border.  The antibiotic(s) are virtually non-absorbable which means they stay in the SI acting locally and don’t cause systemic side effects common to absorbable antibiotics (Pimentel 2006).  We gave her probiotics to prevent antibiotic resistance (even though it’s not supposed to happen with these drugs) and yeast overgrowth.  The use of probiotics in treating SIBO is not common MD practice, though the few studies using them show success (Cuoco 2006, Barrett 2008, Weinstock 2004).  The prokinetic stimulates the MMC to help prevent future overgrowth.  Although the prokinetic is an antibiotic, it is not used for that purpose and is very low dose (compounding necessary)( Pimentel 2009).

She started the SCD one week prior to meds and experienced some relief of GI symptoms.  While on Rifaximin she reported feeling lots of energy and had total and complete relief from all GI and rosacea symptoms.  At her 2 ½ month follow up she continued to have no GI pain or diarrhea but had developed constipation.  She uses magnesium to correct this.  Her skin is improved but not as completely as it was while on the antibiotic.  There is no improvement in her restless legs or sleep.  She lost 5 lbs, which was welcome.  Her ferritin level had doubled (no iron supplementation was given).  She remarked that she is “amazed”, “very pleased” and “really happy” with her results.

At 3 months her prokinetic was stopped and she elected to add gluten-free grains to her diet, and found that oats could be tolerated.  At 6 month follow up, her skin and sleep are improved and she stated that her restless legs are controlled by magnesium.  She reports she is still “doing absolutely great.”

We speculate that her constipation may have been due to a sudden decrease in fiber on her new diet, which can be increased if the patient chooses.  We are unsure of the success of the treatment for her restless legs, since she has not stopped Mg to observe symptoms without it, but excellent results have been shown in the literature for restless legs by treating SIBO (Weinstock 2008).  Current dosages of antibiotics are more effective then the dosage used in this case (Scarpellini 2007, Low 2010).  A possible reason for the remaining residual symptoms could be that bacterial elimination was insufficient at the end of her antibiotic course (re-testing was not performed).

We find that we are just as pleased with the result as the patient is.  The incredible new advances in this old field have offered us much needed solutions and understanding.  We hope to encourage the consideration of SIBO diagnosis and treatment, not only for previously irresolvable ‘perpetual patients’ but for those with any GI disorder, systemic disorders of ‘leaky gut’ origin and any illness where dysbiosis is suspected.

Dr. Allison Siebecker, ND, MSOM, LAc, is a 2005 graduate of The National College of Naturopathic Medicine where she earned both her Naturopathic Doctorate and her Masters in Oriental Medicine. She has a 22-year career in the nutritional field. She received the Best in Naturopathy award from the Townsend Letter for her 2005 article “Traditional Bone Broth in Modern Health and Disease.” Dr. Siebecker specializes in treating SIBO at the NCNM clinic in Portland Or and is writing a book on small intestine bacterial overgrowth, synthesizing all the data into one comprehensive source. 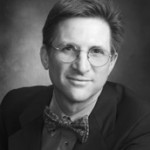 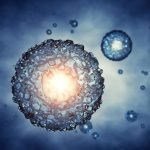