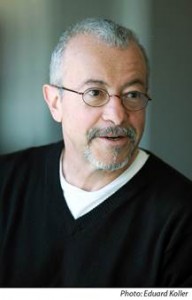 Codrescu, whose son Tristan received a Master of Acupuncture degree in 2011 from NCNM’s School of Classical Chinese Medicine, is the author of 40 books of poetry, novels and essays. He’s been a regular commentator on NPR’s All Things Considered since 1983. His many awards include a Peabody Award for his film “Road Scholar” and the Literature Prize from the Romanian Cultural Foundation.

The New York Times Book Review called Codrescu “One of our most prodigiously talented and magical writers.” His provocative commentary has been praised by Lawrence Ferlinghetti, and The Los Angeles Times called him “a modern-day de Tocqueville.”

A Romanian émigré, Codrescu arrived in the U.S. in 1966. His first book of poetry, License to Carry a Gun, won the distinguished 1970 Big Table Poetry award, and in 1983 Codrescu founded Exquisite Corpse: A Journal of Books & Ideas. His most recent books are So Recently Rent a World: New and Selected Poems (Coffee House, 2012); Bibliodeath: My Archives (With Life in Footnotes) (Antibookclub, 2012); and Whatever Gets You Through the Night: A Story of Sheherezade and the Arabian Entertainments (Princeton University Press, 2011). Codrescu also taught literature and poetry at Johns Hopkins University, University of Baltimore, and Louisiana State University where he was MacCurdy Distinguished Professor of English.

Also at commencement, NCNM will confer upon alumna (’68) Betty Radelet, DC, ND, the NCNM Presidential Medal of Service for her pioneering leadership and lifetime of service on behalf of naturopathic medicine. The college recently presented Bob’s Red Mill co-founder and natural foods icon Bob Moore, with an honorary Doctor of Laws degree for his advocacy of natural medicine. NCNM will present a short video of the May ceremony held for Moore, who had a longstanding prior commitment and is unable to attend the graduation ceremony.

Radelet is one of Oregon’s pioneering naturopathic physicians and NCNM’s first female graduate. She staked her claim as the oldest continuously practicing ND in the state until her retirement in 2010. She is also the author of Anecdotes and Antidotes (BJ Publishing, 2009), a primer for today’s naturopaths and naturopathic students that recounts her journey as a naturopathic clinician. 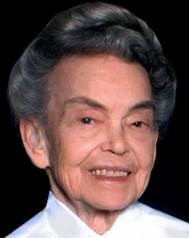 President David J. Schleich notes, “The Medal of Service is given to outstanding members of the NCNM community who have significantly contributed to naturopathic medicine, and the patients and communities that they serve. Dr. Radelet is a living legend within the NCNM community and within the profession of naturopathic medicine. She began her life’s work when it was considered a dying occupation. Her pioneering spirit was an ember that kept the profession alive. It thrives today because of practitioners like Dr. Radelet.”

Following the graduation, the NCNM graduates, family and friends will return to campus where Schleich will hold a ceremony officially renaming the NCNM lecture hall as Betty Radelet Hall. The lecture hall is located at the corner of Southwest Kelly and Southwest Meade streets.