Oxytocin is a naturally occurring hormone that has been shown to promote social interaction, such as cooperation and affiliation. It is the hormone that is responsible for the sense of connection that is felt between mother and child, and during intimate physical or emotional moments. A recent study looking at how oxytocin affects the way we synchronize in a group, adds interesting insight into how this hormone may contribute to how humans form leader/follower relationships by anticipating the future actions of those we a close to.

The study, from the Center for Music in the Brain (MIB) Aarhus University, Denmark, showed that participants receiving oxytocin are more synchronized when finger-tapping together, than placebo. The effects were seen when pairs of individuals were placed in separate rooms and tapped together in a leader/follower relationship(1). The study may sound funny, and simple, but gives insight into whether oxytocin primarily affects synchronization, or whether it does so secondarily through adaptation to social behaviors based on bonding.

The results of the study showed that there was an increase in synchronicity regardless of how participants felt about their “tapping” partners. This insinuates that oxytocin primes individuals for anticipatory collaboration within a group primarily, and regardless of social affiliation. This research also highlights possible mechanisms by which music has increased and facilitated social cohesion in cultures, and allowed for certain evolutionary predispositions to music.

This research study utilized nasally administered oxytocin, and does not contribute to the information we currently have on how oxytocin is generated within the body. However, we do know that physical connection and social behaviors, including sex and other forms of emotional intimacy contribute to oxytocin release. This different factors may contribute to the growing trend within leadership to address emotional and intimate needs of employees, and collaborative partners, and why groups which strive to take the emotional well-being of their members into account seem to operate more effectively and show more productivity than groups that don’t. 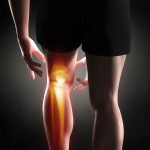 New Research Supporting the Use of Balneotherapy in ArthritisNaturopathic News 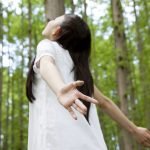