There are many ways humans are affected by both emotional and physical stress. The body’s digestive physiology, governed by the enteric nervous system, can be acutely influenced by stress in a number of ways. Regulation of intestinal permeability and motility, production of digestive secretions (hormones, acid, enzymes, bile, protective mucous), and microbial balance, as well as sensitivity to pain, may be altered under stressful conditions. Studies have demonstrated that the perception of stress can promote unfavorable mobilization of the immune system, and interfere with gastric enzyme production and mucosal protection and integrity, which could lead to malabsorption of nutrients.1,2

Although the purpose of stress is to ensure the body is prepared for threats to our health and survival, it may not be well adapted the sense of nearly constant psychological and physiological attack that many people experience as part of modern life. There may be a correlation between our loss of connection to nature (along with the rise of technological engagement) and an increase in conditions related to an overwhelmed nervous system.3

By reviewing the research showing positive outcomes using stress management and meditative practices, as well as immersion in wilderness, practitioners may be encouraged to prescribe deep breathing and therapies that rely on the restorative benefits of nature’s rhythms into a wholistic treatment plan. Accessing the tools that enhance our ability to restore balance and modulate our perception of stress may provide benefit to both mind and body.

The enteric nervous system is a connection between the central nervous system (CNS) and the digestive system.4 The enteric nerves communicate with the hypothalamic-pituitary-adrenal axis (HPA) and the autonomic nervous system (sympathetic and parasympathetic), forming a regulatory network known as the gut-brain axis (GBA).2 Biochemical and neural bi-directional signaling between the gastrointestinal tract and the CNS occurs via the GBA.5 Cranial nerve X, the vagus nerve, is an important player in the GBA. The vagus nerve facilitates parasympathetic nervous regulation of the entire digestive tract by modulating stimulation in both directions. Low vagal tone has been associated with a variety of digestive conditions.6 A recent issue of Neurogastroenterology and Motility was devoted to presenting novel approaches to enhancing vagal tone as a means of treating digestive disorders associated with gastrointestinal sensitivity, motility and inflammatory dysfunction. One pilot study featured in the issue found that vagal tone enhancement via transcutaneous vagal nerve stimulation combined with deep breathing techniques resulted in increased tolerance of bone pain and enhanced gastrointestinal motility in eighteen healthy subjects.7

The GBA also affects our neurological health by communicating with the gut microbiome. Evidence shows that stress impacts the composition of gut bacterial community through its effects on the intestinal mucosa and the epithelial microenvironment.8 In turn, alterations in gut bacteria may contribute to changes in gut motility, permeability and sensitivity by modulating hormonal, immune, and neural signaling.1 Researchers in the Department of Neurological Sciences at Stanford School of Medicine published a paper that describes the complex relationship between gut microbes and microglia, specialized macrophages that reside in the brain, suggesting that gut microbiota may play an important role in microglial maturation and activation.9

The perception of stress can be modulated through various meditative breathing practices, including deep breathing, yoga, qi gong, and tai chi. Deep breathing impacts and stabilizes tone of the vagus nerve, regulating the resting state of heart and normalizing digestive function and the immune response.10 Many other benefits of breathwork have been shown, affecting multiple body systems through altering circulating levels of hormones and other regulatory biomolecules, and possibly by participating in the regulation of gene expression.11,12 Preliminary studies involving deep breathing and yoga suggest that these practices may increase expression of anti-inflammatory and pro-survival genes, reduce oxidative stress and reduce inflammatory cytokine levels.13,14 A small pilot study comparing six Qigong practitioners with six non-practitioners observed that the genomic effects of Qigong practice had a differential impact on immune cell lifespan: non-inflammatory neutrophils lived longer, while the lifespan of inflammatory neutrophils was shortened by apoptosis.15 This research on breathwork has important implications, bringing to light the potential for stress management to influence gene expression and the possibility that breathing practices may affect physiology at the most fundamental level.

Nature: The Cure for an Unhealthy Gut?

It is possible that reconnecting with nature’s rhythms might be a key to restoring our internal rhythms, bringing digestive function back into balance and improving the health of other body systems. When looking at a timeline of human existence, we can see that the human organism evolved within the context of the rhythms of nature, with urbanization impacting only a tiny fraction of our history. Our bodies may be thought of as microcosms of the natural world, our biorhythms aligned. Ancient cultures believed that cyclical forces of nature affected human health and honored the connection with nature through ritual and ceremony.16 A foundational principle of naturopathy lauds the healing power of nature, vis medicatrix naturae, as an important ally in maintaining optimal spiritual, emotional and physical health. The health spas of our founders’ times were set in bucolic surroundings, enabling the therapeutic benefits of nature to aid in the restoration of health. Spas where fundamental treatments include prescribed walks in wooded surroundings are still operating in parts of rural Germany, Poland, and the Czech Republic. A recent review of nature therapies in Japan explored the research into a variety of therapies that employ the restorative properties of nature. For example, forest bathing, a technique that involves immersing oneself in the sights, sounds and smells of the forest, has been shown to reduce heart rate and cortisol levels and shift indicators of nervous activity away from sympathetic and toward parasympathetic control.17 Numerous studies demonstrate that being in a natural setting, compared to an urban setting, can reduce the effects of stress. Researchers have found that natural or green environments have positive effects on neural activity in the prefrontal cortex, attention, mood, well-being, blood pressure, heart rate, muscle tension and cortisol levels.18-24

Overall, the evidence shows that recommending deep breathing and immersion in nature are worthy prescriptions to assist in treating stress-related digestive and other health issues. 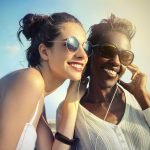 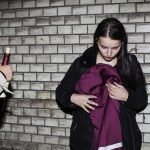