IBS is a condition that affects 10-20 percent of the population and is characterized by abdominal pain or discomfort and altered bowel movements. The World Journal of Gastroenterology conducted a study to see the how environmental pollution causes issues in the GI tract.

Usually, the effects of pollution are seen in the respiratory and cardiovascular systems, but according to emerging evidence, environmental pollution can cause issues elsewhere.

An example illustrating microbiological pollution occurred in Canada in 2000. The chlorine in the water was too low to counteract the pollution and cause seven fatalities due to Postinfectious Irritable Bowl Syndrome (PI-IBS). PI-IBS is caused by acute infectious gastroenteritis and is the most common form of IBS.

The most harmful part of air pollution is the particulate matter (PM) along with other gasses such as carbon, dioxide, ozone, nitric oxide, and volatile, organic compounds (benzene). According to the study, “The GI tract is highly susceptible to PM (as well as smoking) and exposure to air pollution may exacerbate systemic inflammation or lead to oxidative damage of colonic mucosa”

Nuclear power is a great energy source, but the side effects are serious when accidents happen at nuclear reactors. The study notes an increase of thyroid tumors and cancers as well as IBS near Chernobyl, where a nuclear reactor leaked in 1986.

Stress can really affect a person’s internal health. The study explains, “stress in childhood must be one of the most important underlying factors for IBS.”

More studies need to be done, but it’s a start. 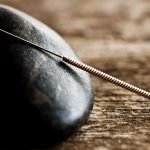 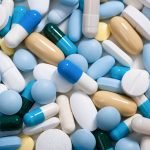 Antibiotic Resistance: The Current Reality Of A Post-Antibiotic EraNaturopathic News