According to a recent study, using saunas regularly is associated with a reduction in stroke risk.1 Using a sauna 4-7 times per week was seen to lower stroke risk by 61 percent. This is the conclusion after a 15-year follow-up. This study is the first of its kind. The study was conducted through a collaboration with Universities of Eastern Finland, Bristol, Leicester, Atlanta, Cambridge and Innsbruck.

This study is the first of its kind

Stroke is amongst the top causes of death in the United States, and the leading cause of long-term disability. Roughly 800,000 people suffer from a stroke annually, and three-quarters of these are first attacks.

Directly related to cardiovascular health, stroke prevention likely is well served by treatments and lifestyle interventions that support healthy vasculature, and especially healthy blood flow. Saunas and other hydrotherapy techniques are known to have a positive effect in this regard through multiple mechanisms. This is exciting supportive research.

The results of this study are based on the Kuopio Ischaemic Heart Disease Risk Factor (KIHD) study, which included 1,628 individuals, both men and women of ages between 53 and 74 years. All participants were from Finland. Participants took traditional Finnish saunas with a humidity between 10-20%. There were 3 groups: individuals taking one sauna a week, 2-3 saunas a week, and those who sauna 4-7 times per week.

The study also mentions that saunas also were shown to significantly reduce cardiovascular disease and all-cause mortality. The mechanisms driving these associations were listed as stimulation of the immune system, lowered blood pressure, increase tone of the autonomic nervous system and enhanced cardiovascular function.

In a similar study, the same group of researchers found that using saunas has acute effects on arterial wall stiffness, which may be the deeper mechanism for improved cardiac function, including lowered blood pressure.2 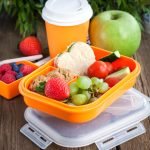 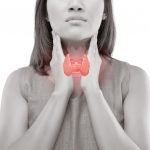