Social Media May be Turning Bad News Into Mass Hysteria

A very interesting research study was conducted recently out of the University of Warwick, on how news stories about terrorism, disease outbreaks, natural disasters, and other potential threats are distorted to the point of hysteria when passed from person to person through social media channels.

The Game of “Telephone”

Just like the elementary school game, “telephone,” where an original message is passed through whispers from person to person until the last person announces what they’ve heard, news stories are often distorted from original factual information when posted on social media walls, like Facebook, or pictures taken and short captions used on Instagram or twitter. This research study found that the manner in which news stories tend to be distorted is along the lines of becoming more negative, increasingly inaccurate as well as taking on a tone of hysteria when passed from person to person through social media.

A further element that was found in this study notes that unbiased factual information of a news story does not seem to halt growing panic.

This is the first research study to look into the impact of dread on the social amplification of threat, while at the same time looking at how re-exposure to neutral/factual information affects the social disbursement of information.

The study followed 154 participants on social media. The total group was divided into 14 chains of 8 people. The first person in the chain reading multiple neutral and factual news articles and then writing a message to the second person regarding the story. The second person then wrote a message to the next person until all eight members of the chain had been involved in the news thread.

When the sixth person received a message from the fifth person, it was sent with the original news story.

In all 14 chains, news stories that dealt with “dreaded” topics became more and more negative and tended towards fear and panic as it progressed through the message chain. Importantly, the effect of this distorted dread was not changed when the unbiased facts were presented to the sixth person. The neutral/original article had relatively zero impact on changing people’s negative outlook.

Author of the study notes the following

The author of the study, professor Thomas Hills from the University of Warwick’s Department of Psychology, commented:

“Society is an amplifier for risk. This research explains why our world looks increasingly threatening despite consistent reductions in real-world threats. It also shows that the more people share information, the further that information gets from the facts and the more resilient it becomes to correction.” 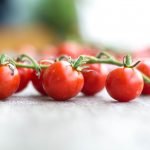 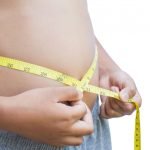