The Perfect Cultural Storm for Tragedy

For those of you with nerves still frayed and hearts broken over the horrific act of violence in Newtown the holiday season was a very difficult one this year, and particularly so for those of us here the neighboring communities of Connecticut. However, while we may all want to forget about it and move on, this incident had better not be forgotten so easily like those that have happened prior. It had better be a call to action on a multitude of fronts or these precious children and adult educators will be added to the long list of those who have recently died in vain. One of the young teachers killed was a 2005 graduate of the School of Education here at the University of Bridgeport. There are a multitude of cultural issues facing us as a society that we simply can no longer delay facing and effectively dealing with head-on.

The immediate reaction to tragedies like this latest one is to concentrate on gun access and availability. No matter what side of the issue you are on politically on the Constitutional right to bear arms, it is becoming impossible to rationally support the need for public access to semi-automatic assault rifles, high capacity magazines, and military-style ammunition. Their only real purpose, by design, is to kill lots of people very quickly. Perhaps you have one and enjoy shooting it responsibly. I understand, but when it comes to our kids being slaughtered in their schools the need to prevent this, at all costs, trumps anyone’s recreational enjoyment.  There is a big difference between defending rational rights to gun ownership, and even concealed weapon permits, for recreation and personal defense versus the promotion of easy private access to military-style weapons. However, regardless of these issues, the guns remain the low-hanging fruit in this conversation. Other issues are equally, if not more, important and responsible for creating an environment for this kind of situation to occur.

The constant exposure to violent video games, movies, TV shows, and music by our children during their developmental years clearly creates desensitization to violence and, in a small number of subjects, a possible tolerance for actually committing these kinds of acts as a way of living out for real what they experience on the television or computer screen on a daily basis. It is hard to believe, but there already exists a video game where the theme is a person with an assault rifle entering a school to shoot up a kindergarten class called “Kindergarten Killer”! Meanwhile, those who use this kind of issue for political advantage entrench themselves in their respective camps with those on the left blaming those on the right for promoting easy and unrestricted access to guns, while those on the right rail against left-wing entertainment and media-types for producing a never-ending stream of violent entertainment content. The time has come for “talking to each other” thoughtfully about all of these issues, as opposed to “talking at each other” with zero flexibility based on political views and ideology.

The breakdown of the family unit, which has occurred in the past several decades, is yet another issue that must be honestly evaluated. This is a complex situation and due to many issues such as the steep rise in divorce, escalating numbers of births by single mothers, and fatherless homes being the norm in large segments of our population, and all are clearly taking a toll on our children. Declining spirituality and faith, and the aggressive, and many believe excessive, level of politically correct secular pressure to defer from categorizing anything as unacceptable behavior with negative societal influence also has not helped.

Our population is also literally eating “junk” and goes through their daily life consuming calorie-rich, nutrient-insufficient, foods of convenience routinely as they are encouraged to do on all of the television commercials. You have seen them, like the one where the man is having gastrointestinal distress from eating junk at the fast-food drive-up and the solution suggested is an acid-reducing medication, not a rational change in the quality of the diet. Once again, the mentality being promoted is “just do whatever you want” and we have the solution to mitigate the consequences, if only for the short-term. The cold hard truth is that even in a country of abundance like the U.S. people are malnourished. Yes, I said it, malnourished! Of course, I am referring to the inadequate consumption of real or whole foods and the critical micronutrients they contain, not the amount of calories. This has significantly contributed to the epidemic of chronic illness, including mental illness, and skyrocketing healthcare expenditures. Remember, it was giants in psychiatry like Abram Hoffer, M.D., Ph.D. many decades ago who first pioneered orthomolecular nutritional intervention as primary therapy. We are frankly, as a society, becoming fatter, stupider, and more culturally regressed by the day. Yes, all of this matters!

Finally, one of the most important factors, in my opinion (and credible data backs this up) creating the soil for the reality we now confront is the literal breakdown of the mental health system. Since an almost total federal defunding of comprehensive mental health services in the 60’s, 70’s and 80’s we have seen serious negative effects on our society. Almost total privatization of the system has led to non-livable wages for counselors and many front-line mental health professionals and no funding for their continued education. In fact, many have pointed out correctly that the U.S. effectively has no mental health “system” at all. However, in an outstanding Medscape article published as a response to the Newtown tragedy, psychiatrist James Knoll, IV, MD stated:

It is my contention that there exists no legitimate “system” in the United States when it comes to mental health treatment. Despite this, we most certainly want to believe in one, particularly so that when tragedies occur, we will have something to cast our outrage upon. From a literal perspective, one might define a system as an organized, regularly interacting set of principles forming a network — especially for distributing something or serving a common purpose.

A recent Surgeon General’s report on the mental health system describes it as: “A diverse, relatively independent, and loosely coordinated facilities and services — both public and private — that researchers refer to, collectively, as the de facto mental health service system“. The reality is that we really have no “system” at all, by the classic definition, to even blame. After one tragedy in Massachusetts, the state’s former mental health director responded, “Will this case be the canary in the coal mine? Will it signal that we’ve gone too far in reducing client-staff ratios, in closing hospitals, in pushing independence for people who may still be too sick?”

The reality is that the standard of care has been reduced to the cheapest solution, if you want to call it that, which is basically a “drug them and shove them” (out the door) approach. People with serious mental illness, and clearly violent tendencies, are no longer institutionalized and given the long-term comprehensive care they need. It is cheaper and easier to just prescribe an antidepressant, an antipsychotic medication, or both, and send them off unsupervised to live among us. It has been reported that Adam Lanza, the Newtown shooter, was taking the atypical antipsychotic drug Fanapt (formerly known as Zomaril), a medication with a very problematic history of its own. We know from medical studies that while antidepressant drugs may be marginally effective and necessary for some, other large meta-studies show they may be no better than placebo. Placebos with serious potential side effects, that is. We now have over 30,000,000 Americans taking SSRIs despite studies showing that they help only a very small percentage of these people. Also the majority of those prescriptions are written by GPs, NPs, and PAs, most of who have no advanced psychiatric training. Even psychiatrists with more training and board certifications are largely guessing as to what to prescribe in the opinion of many experts. We also know that teenagers and young adults can react differently to these medications than adults do, and a small but significant percentage of them can be made worse by these drugs. Many teenage girls have committed suicide after starting antidepressant medications for what was only mild depression prior. Some boys and young men have virtually disassociated from reality and have committed horrendous acts of violence, sometimes in a manner completely out of character for them previously.

I have, since this latest incident, heard some discussion about the lack of funding for mental health but will more funding really just mean more of these medications being handed out to our already drugged-silly children without serious thought to who they may be inappropriate for, or will it finally result in the addition of more comprehensive services and approaches? The handing out of medications to our children like it is candy is out of control and the link between their use and these incidents is becoming compelling. Could this be one of the main elements in the rise is such incidents? After all, guns have been widely available for a very long time, while the mass and almost reflexive use of these medications, like these incidents, is relatively new.

Fellow health care providers, citizens, and especially parents, we have a toxic soup of issues facing us, and particularly our children, which may very well be leading to the acts of horror we have witnessed now on a multitude of occasions since Columbine. However, having an honest and non-political discussion as a nation about them will be difficult, but imperative.  This will ultimately involve taking on powerful interests including, but not limited to, the NRA, Big Pharma, Big Food, and the entertainment industry. These days our politicians are financially beholden to these very same powerful interests, they are barely capable of speaking civilly across the aisle to one another, and have become virtually worthless in affecting any kind of meaningful change. Do the politicians really have the backbone? I seriously doubt they do unless their collective feet are held to the fire by an outraged populous, and a united health care workforce, that will no longer stand by and see our children slaughtered in their schools. 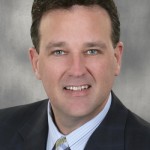 Dr. Brady is a licensed naturopathic medical physician, doctor of chiropractic, and a certified clinical nutritionist. He is currently the Vice Provost of the Division of Health Sciences, Director of the Human Nutrition Institute, and associate professor of clinical sciences at the University of Bridgeport. He is also the Chief Medical Officer for Designs for Health, Inc., and maintains a private practice, Whole Body Medicine, in Trumbull, CT.  Dr. Brady has been a featured presenter at many of the most prestigious conferences in integrative and functional medicine, including IFM, ACAM, A4M, IHS, IAACN, AANP, and more. He is a contributing author for Integrative Gastroenterology, the first integrative medical textbook on gastroenterology by Johns Hopkins physician Gerard Mullin, MD, and is a contributing author for Laboratory Evaluations for Integrative and Functional Medicine by Lord and Bralley and the second edition of Advancing Medicine with Food and Nutrients, Second Edition, by IngridKohlstadt, MD.