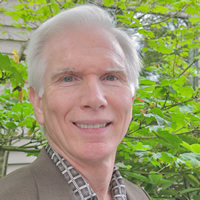 He pioneered integrating conventional medical treatments such as neural therapy, prolotherapy, venous sclerotherapy, ultrasonography and others into the naturopathic profession, and trained naturopathic physicians and other healthcare professionals in approaching pain management using a combination of cutting edge and traditional, natural methods.

“Dr. Marinelli’s intense passion and critical mind set the bar for achieving excellence as naturopathic primary care doctors,” said Kevin Wilson, past board director of the Oregon Association of Naturopathic Physicians (OANP) and classmate of Marinelli. “He motivated and inspired everyone around him to new personal bests. His death is an immeasurable loss to our community.”

Marinelli spent his career breaking down barriers to promote the inclusion of alternative therapies for pain management in treatment protocols and to advance the scope of naturopathic medicine in Oregon.

Among many groundbreaking positions for the naturopathic profession, Marinelli was the first naturopathic doctor appointed to serve on the Institute of Medicine’s Committeeon Advancing Pain Research, Care, and Education – a project of the National Institutes of Health. He was also the first naturopathic doctor to serve as President of the American Academy of Pain Management, the first appointed to the Oregon Pain Commission, a founding member of the American Association of Naturopathic Physicians, and one of the co-founders of the Naturopathic Association of Therapeutic Injections.

Marinelli retired from his private practice in Cedar Hills, Portland, in 2011 after being diagnosed with cancer. A celebration will be held in February, open to the public. For more information and updates on the celebration of life, visit the In Memory of Rick Marinelli Facebook page.