Are You In?
Bianca Garilli, ND

For us, as naturopathic doctors, seeing patients is the reason most of us wanted to become doctors in the first place. And, there is no doubt we are making a difference across the country. The truth be told, however, is that even if all the practicing NDs across America could fill their offices with patients every hour of every day of the week, and cure each one of them, NDs will never come close to actually helping to turn the corner on the worsening health of the American people—without an organized movement! Imagine, just one of the plethora of alarming and sobering statistics: one-quarter of the American teenagers are now pre-diabetic or diabetic. If it is not doctors of natural medicine and experts on healthy lifestyle who are leading and participating in this movement, who will it be? If not now, when?

The steadily declining health of the American people is a national emergency and an unfolding human and financial disaster. Naturopathic physicians have the proper toolbox, education, experience, and compassion to be an enormous part of the solution.

Individually, we each have an impact on the problem within our local communities. Together, we can create a change across the nation. Are you in?

Millions of Americans, both young and old, are suffering from and dying of preventable diseases related to poor lifestyle choices. Lifestyle-related health problems include type 2 diabetes mellitus, obesity, cardiovascular disease, many forms of cancer, osteoporosis, Alzheimer disease, and a multitude of others.

One of the major problems influencing the preventable disease epidemic is the lack of awareness about and limited access to natural healthcare providers, education, and resources. Natural healthcare providers such as NDs are specifically equipped to educate about and provide support for creating healthy lifestyles, as well as treating these chronic illnesses through natural and integrative approaches.

Currently, however, the awareness is low surrounding the availability and role of natural medicine and NDs in the chronic disease epidemic. But this will not be the case for long if Sacramento’s Dennis Godby, ND, the California Naturopathic Doctors Association 2012 Doctor of the Year, has his way.

If you recall, the inaugural “The Run: Moving Natural Medicine Forward” departed from San Francisco last year on July 17, 2011. The California entourage consisted of a group of 4 men, including Dr Godby, his 2 sons Jeremiah and Isaiah, and their cousin Jonas Ely. Their mission was to increase the awareness of natural medicine throughout the United States by running across the nation. Literally.

Fast-forwarding 118 days and more than 3100 miles to New York City, the official end of The Run 2011 was on a Friday, November 11, 2011, at 11 am in Manhattan. The president of Brooklyn, New York, had declared November 11-13, 2011, as Natural Medicine Awareness Days in Brooklyn. Then, as if that had not been far enough, the men ran to the University of Bridgeport (Bridgeport, Connecticut), the home of the only East Coast naturopathic university! What happened in this little pocket of the country is only a small example of what occurred over the 4 months of The Run, as highlighted by the following:

Along the route, there was continual Internet, television, radio, and newspaper coverage, from small-town presses to airwave interviews.

Incredible opportunities to educate in almost 100 towns and cities included an audience of 250 grade-schoolchildren and our delivery of the natural medicine message to the offices of 25 Congress members in Washington, DC.

Proclamations from governors supported natural medicine in the states of Colorado, New York, and Connecticut, as well as from boards of supervisors and mayors of the cities of San Francisco, Brooklyn, and Louisville, Colorado.

Herb Schultz, the Region 9 director of the US Department of Health and Human Services, expressed his 100% commitment to natural medicine in the national struggle for a healthier country.

All of this happened because of one man’s vision that began in 2009 and culminated in The Run 2011. It was a great success but only a start. It’s not over. The vision has now become a movement, and The Run 2012 is being planned as you read this. Are you in?

The veteran 2011 Run brothers are at it again. They have committed to keep the momentum going by putting their time and bodies on the line to share America’s best-kept secret—naturopathic medicine. This summer, they will once again average 30-mile runs per day for 34 days to spread the message! Each brother will begin from opposite ends of the western United States and will reunite in their hometown of Davis, California, where they will run together to the California state capitol, in Sacramento. On the final leg of their journey, from Davis to Sacramento, the brothers will run side by side as a symbol of their identical purpose—to transform the nation’s health, one person at a time. These 2 young men will be running these extreme distances (for the second year in a row!) to dramatize how optimal health and vitality can be realized by taking personal responsibility for one’s own lifestyle choices.

Along the combined 1760-mile course this summer, the 2 runners will collect signatures for petitions that will be submitted to state and federal legislators in California, Oregon, and Washington State. The petitions will seek to create improved access to natural medicine and greater emphasis on healthy lifestyle changes. Along the route, NDs will be hosting health festivals in more than 45 towns and cities along the West Coast to educate about and create awareness of natural solutions to the national healthcare crises. In addition, Jeremiah will share his inspirational story of being overweight at age 17 years, on the trajectory toward diabetes, and then finding the internal spark and discipline to turn his life around through healthier eating habits and exercise. Along the way, he succeeded in not only losing an amazing 35 lb and reducing his risk for diabetes and cardiovascular disease, but in the process Jeremiah decided to join The Run team and just 1 year later ran across the entire United States!

The following is a preview of their upcoming 2012 travels:

Jeremiah will be starting his solo 1000-mile southbound journey from the Pacific Ocean at the Canadian border in Blaine, Washington, on Saturday, August 11, and will travel through Washington, Oregon, and California to meet his older brother, Isaiah, in Davis, California.

On Friday, August 17, Isaiah will begin his 760-mile solo northbound journey from the ocean at Border Field State Park (San Diego, California) on the Mexican border and will travel up the coast of California to meet Jeremiah in Davis.

From Davis, the brothers will run to their final destination at California’s state capitol, in Sacramento, on Thursday, September 13, a combined 1760 miles later!

The remedy for most of our nation’s health epidemics does not lie in finding “the cure” in a pill but in preventing disease and altering our lifestyles. If America is to reverse this catastrophic trend of a sickening country, a paradigm shift in thinking is required, and it has to start with individuals taking responsibility for their health! But we also need you.

What can you do to support The Run and the health of the nation? For starters, keep doing what you’re doing—improving the lives of your patients, educating them on the health benefits of lifestyle, and creating a natural healthcare resource and solution within your local community. In addition, support The Run. There are almost 4000 NDs in the United States, a large percentage of whom will be within a short distance from where the 2 brothers will be running this summer. The Run needs your support, including the following:

Together, we can create a paradigm shift in the healthcare of the nation. Are you in?

Go to www.TheRun.org to see how you can help and become involved in The Run: Moving Natural Medicine Forward.

The Run Leadership Team, 2012, contributed to the writing of this article. Thank you. 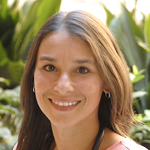 Bianca Garilli, ND is the Director of Lifestyle Medicine at the Institute for Restorative Health in Davis, California. She specializes in the use of clinical nutrition and other natural therapeutics for chronic disease treatment including GI health, CFS, and metabolic syndrome. Dr Garilli is adjunct faculty for Hawthorn University where she teaches holistic nutrition and is a regular speaker and contributor of articles for the professional and public audiences. At home, she spends much of her time cooking with her husband and kids as well as working in the garden alongside the family chickens. www.drbiancagarilli.com