Value of Relationships Determined by Same Area as Economic Value

Wishing a friend ‘happy birthday’ or spending a long period of time listening to their problems signifies commitment to the friendship. In other words, these actions serve as commitment signals (*1) and it is known that people value their relationships more with others who behave this way towards them.

Researchers from several Japanese universities have revealed that the orbitofrontal cortex, the part of the brain responsible for calculating economic value, is also responsible for judging the value of relationships with friends based on the received commitment signals.

These findings were published in the online edition of ‘Social Neuroscience’ on September 25.

Many people feel happy when their friends spend time on them and pay attention to them; consequently this makes them consider the relationship to be important. This is true even if the other person’s actions do not give profitable results. For example, if someone listens to your worries, this will strengthen your sense of the friendship’s importance, even if they were unable to resolve the problem.

The research team investigated which part of the brain is responsible for judging the value of relationships with other people according to information indicating the other person’s commitment to the relationship (commitment signals).

In order to identify which part of the brain judges the value of relationships with other people, the researchers had a total of 22 male and female participants in their twenties react to situations while measuring their brain function using fMRI (*2). Participants were given a total of 30 variations on the situations with a specific friend, and they were asked to imagine that each situation happened separately.

The experiment results revealed high levels of activity in the part of the brain known as the orbitofrontal cortex. The orbitofrontal cortex was most active during the ‘High-Cost Signal’ scenarios, whereas activity was weakest during the ‘Signal Failure’ scenarios (statistically significant difference was only found between these 2 types of scenario).

It is known the orbitofrontal cortex also calculates economic value. For example, in one study by a different research group, hungry participants were presented with various snacks and told that they could actually buy and eat them after the experiment. They were then asked to evaluate how much money they would be willing to pay for them. In this experiment, the participants’ brains assigned value to the snacks and the orbitofrontal cortex was active during their evaluation.

The results from the current study suggest that the brain automatically judges and re-evaluates relationship value upon receiving a commitment signal from a friend, in the same way that it responded in the experiment where participants were given snacks.

The research group also measured the loneliness of each participant in a questionnaire given prior to the experiment. The results indicated the likelihood that orbitofrontal cortex activity is weak in people with higher levels of loneliness. It is not clear whether those with strong feelings of loneliness feel alone more easily because they are not very sensitive to commitment signals from friends, or if they block this information as their loneliness increases. It is necessary to conduct more research in order to confirm the relationship between loneliness and orbitofrontal cortex activity and also to understand why loneliness is linked to commitment signal-related sensitivity. It is hoped that further research developments will lead to understanding of the mechanisms for establishing better relationships.

This study was supported by a grant from the Japan Society for the Promotion of Science (KAKENHI 15H03447). 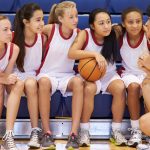 Dependence on Coaches Can be Detrimental to AthletesNaturopathic News 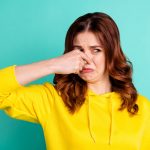