Like most naturopathic doctors, I was drawn to alternatives when I reached the limits of mainstream medicine.  In my situation it was extreme, I was already in kidney failure when I enrolled in naturopathic college.  By that time, I had seen the worst of mainstream medicine.  Medical errors and negligence had nearly cost me my life on more than one occasion, and then there was all of the side-effects of medications.  Natural medicine seemed like a very viable option.

In 1993 I was diagnosed with the kidney condition Focal Segmental glomerulosclerosis (FSGS).  My friends who were into natural medicine meant well, but I wasn’t going to entrust my health to someone who hadn’t even heard of my condition.  So, I followed the treatment of my local nephrologist.  When that didn’t work out so well, I went to the big-name hospital and had cutting edge treatment.  When that didn’t work out so well, it was back to another nephrologist.  By now almost 2 years had passed and the damage to the kidney was significant.  At this point I was told to prepare for dialysis.

Having nothing to lose, I thought why not try some natural medicine? Working with a variety of practitioners, I was able to slow the progression and delay the need for dialysis.  I wondered, how much more effective would this have been if I had implemented a natural approach earlier in the process before the kidneys were scarred down?

FSGS has the worst prognosis for inflammatory conditions of the kidney, and eventually I couldn’t hold out any longer.  Dialysis became necessary.  The first 6 months of dialysis were awful, and I found myself in emergency room quite often.  Would it hurt to add antioxidants and anti-inflammatory supplements to my protocol?  Family and friends warned me, I shouldn’t be “messing around” with natural supplements, but given the poor survival prognosis of the typical dialysis patient, it really didn’t seem like it could make things any worse.

Not only did the natural supplements not hurt, I could stay out of the emergency room and hold down a job.  My energy level and stamina were much better.  All of this was done without my nephrologist being aware of what I was doing.  Finally, one day I got my courage up and decided to tell the nephrologist.  He was probably going to yell at me, but I’m going to be upfront with him.

Much to my surprise, the nephrologist wasn’t angry.  “Yes, coenzyme Q10.  That’s good.  Yes.  Keep that up.”  So, he knows there is value here.  Okay.  Now I ask him, why doesn’t he prescribe coenzyme Q10 to all the dialysis patients?  Then, the wall came up and he didn’t want to talk further.

Over the next several weeks that conversation stuck with me.  There are resources for kidney patients in natural medicine, but no easily accessible channels of information.  The people in mainstream medicine won’t prescribe natural supplements.  And the people in alterative medicine don’t seem to have a deep knowledge of nephrology.

What would it look like if kidney patients could find advice specific for FSGS, or IgA nephropathy, or Minimal Change or polycystic kidneys?  What would it look like if dialysis patients had access to a practitioner of natural medicine who understood the intricacies of dialysis care?  How about transplantation?  How could I create such a practice?

Having the proper educational background was essential.  Naturopathic medicine certainly fit the bill.  It included nutrition and botanical medicine but also pharmacology, so I could understand the prescription medications.

People told me to have realistic goals as a dialysis patient.  4 years of study seemed a bit of a stretch to someone who until recently was in the hospital most of the time.  But I enrolled in naturopathic school.  While I was there, I was told that a completely kidney-focused practice was not realistic.  But I knew that there had to be lots of other people out there asking the same questions I was.

I pushed on and created Holistic Kidney after graduation.  It was a slow start at first.  Little did I know that telemedicine would catch on, and before I knew it kidney patients were contacting me from all over the world.  I had the research and knowledge but also first-hand experience. 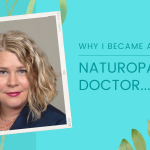 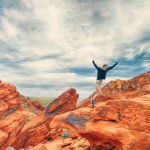 Could Being ‘Over-Confident’ be Detrimental to Health?Naturopathic News