Could Being ‘Over-Confident’ be Detrimental to Health?

From University of Vienna

Older people who overestimate their health go to the doctor less often. This can have serious consequences for their health, for example, when illnesses are detected too late. By contrast, people who think they are sicker than they actually are visit the doctor more often. This is what a new study by Sonja Spitzer from the Institute for Demography at the University of Vienna and Mujaheed Shaikh from the Hertie School in Berlin found based on data from over 80,000 Europeans aged 50 and older. The results were published in The Journal of the Economics of Aging.

Our confidence affects our behaviour. People who overestimate their abilities earn more, invest their money differently, and are more likely to be leaders. But they also act riskier, have more accidents, and live less healthy by drinking more alcohol, eating less healthily, and sleeping too little.

How people perceive the state of their health can also have consequences for their own health decisions — like whether to visit a doctor or not. A new study by Sonja Spitzer of the University of Vienna and Hertie School Professor Mujaheed Shaikh finds that individuals who overestimate their health visit the doctor 17.0% less often than those who correctly assess their health, which is crucial for preventive care such as screenings. Similar results were found for dentist visits.

The perception of one’s own health has, however, no effect on the number and duration of hospital stays; presumably because hospital stays are more regulated and often require a doctor’s referral.

The authors also found that individuals who underestimate their health visit the doctor 21% more frequently. On the one hand, there is the disadvantage that these additional visits could cause unnecessary costs, which is relevant given population ageing and the associated high public health expenditure. On the other hand, people who underestimate their health and therefore pay close attention to it may be particularly fit in the long term, which could have a positive impact on society. Overall, it is difficult for outsiders to assess which visits are justified and which are not.

For their study, the researchers analysed data from over 80,000 Europeans aged 50 and older, using statistical methods. The data were collected as part of the SHARE study (Survey of Health, Aging and Retirement in Europe) between 2006 and 2013. First, the participants were asked how they assessed their health, for example, whether they had problems getting up from a chair after sitting for a long period. Then, the participants had to actually get up from a chair during a test — this way it can be determined whether someone overestimates, underestimates, or correctly assesses their health. The researchers also took misjudgments related to memory and mobility into account. Overall, the majority of survey participants correctly assess their health (79%), 11% overestimate, and 10% underestimate themselves.

Who knows about their health? 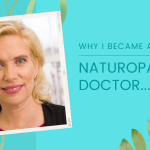 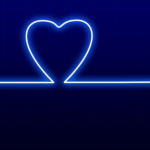