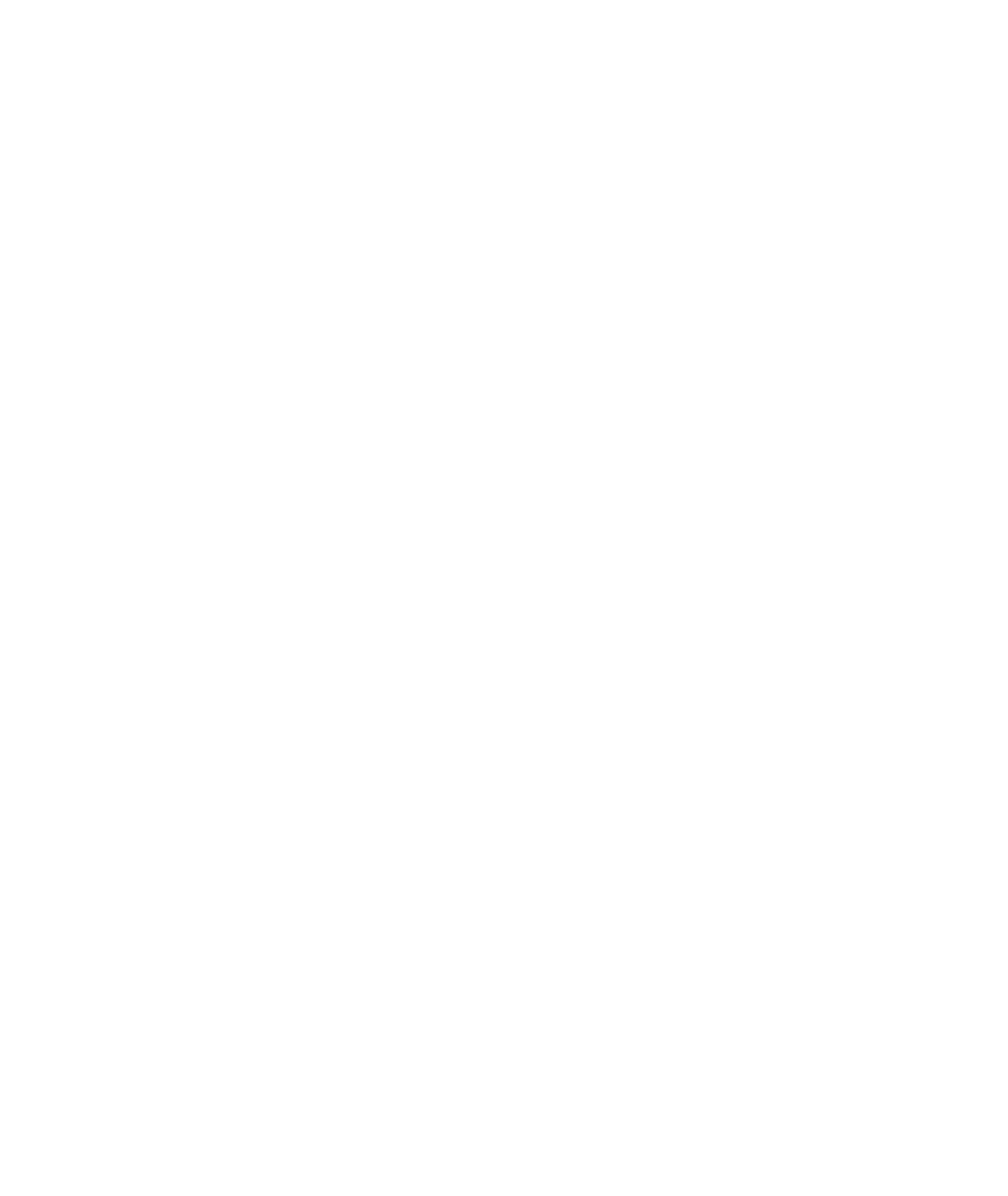 Naturopathic medicine is approaching a pivotal time in our profession. There is a strong push to integrate into the conventional medical system, using section 2706 from the Patient Protection and Affordable Care Act (PPACA) as a political stepping stone for inclusion in government programs at the state and federal level. At the same time, we are quick to point out our stark difference from the conventional medical world, since our priority is to identify and treat the cause of disease, rather than to suppress symptoms. For chronic diseases that have a clear etiology, like diabetes mellitus type II, our medicine works beautifully and further separates us from the broken conventional medical system that we are so focused on being a part of. However, what of those chronic conditions that have been around for millennia yet still have no clear etiology? How do we “treat the cause” of the unknown?

Migraines have been around for as long as history has been documented. The disorder was first clearly described by Aretaeus of Cappadocia, a Greek physician during the 2nd century, and was originally termed “heterocrania.” He described migraine as follows:

…in certain cases the whole head is pained; and the pain is sometimes on the right and sometimes on the left side, or the forehead, or the fontanelle; and such attacks shift their place during the day … This is called Heterocrania, an illness by no means mild … It occasions unseemly and dreadful symptoms … nausea; vomiting of bilious matters; collapse of the patient … there is much torpor, heaviness of the head, anxiety; and life becomes a burden. For they flee the light; the darkness soothes their disease; nor can they bear readily to look upon or hear anything pleasant… the patients are weary of life, and wish to die.1

Currently, the World Health Organization recognizes migraines as a global problem, ranking it 20 out of all diseases, for years lost due to disability.2 In the United States, more than 36 million adults, predominantly women, are affected by this condition.3 Migraines are generally described as a unilateral headache of a throbbing quality, lasting from 4 to 72 hours and accompanied by photophobia, phonophobia, osmophobia, nausea, and vomiting.4 As a primary headache, migraines can be classified into 2 major subtypes: migraine with aura (classic migraine); and migraine without aura (common migraine), where auras are usually transient sensory or visual symptoms that precede the migraine (Table 1).4

In order to better understand the complicated nature of the migraine patient, it’s helpful to know that in migraine with aura, symptoms can result from cortical spreading depression – a neuronal depolarization wave followed by inhibition of bioelectrical brain activity.5 These likely physiological mechanisms unfortunately do not apply to migraines without auras, and therefore must be discussed and treated as a separate disease process with different yet possibly overlapping mechanisms. To further complicate matters, some patients may experience both migraines with auras and migraines without auras throughout the course of their lives. There is more evidence of genetic links for migraines with aura than for migraines without aura. Some studies suggesting a tie to methylenetetrahydrofolate reductase (MTHFR) mutations.6

The prevailing theories about the cause of migraine pain include the vascular theory and the neuroinflammatory theory. The vascular theory7 proposes that migraine pain is due to rebound vasodilation of intracranial blood vessels, activating nociceptors, after a vasoconstrictive event. This theory was further supported by the efficacy of ergotamine and triptans, which cause vasoconstriction, for acute migraine attacks. However, more and more research strongly suggests that vasodilation, alone, does not cause migraine pain and is most likely a secondary mechanism to neuroinflammation, at least in a subset of migraine patients.8 When vasodilation is induced in migraineurs with vasoactive intestinal peptide, no migraine occurs.9 Similarly, infusion of nitric oxide donor glyceryl trinitrate may cause a delayed migraine, but no vasodilation is observed during this time.10 Other studies have shown that migraine pain can start when vasoconstriction occurs or migraine pain subsides even though vasodilation persists.10 To further confound things, some studies have even shown no change in blood flow during migraine without aura attacks.10

Relatively recently (within the last few decades), calcitonin gene-related peptide (CGRP) has been implicated in migraine pathogenesis.11 CGRP, a neuropeptide composed of 37 amino acids, has been demonstrated to be a potent vasodilator, which is mainly expressed in the nervous and enteric sensory system.11 CGRP levels have been found to be elevated in patients during migraine attacks, and infusion of CGRP can actually precipitate migraine-like attacks in patients with preexisting migraine conditions.11 However, correlation does not mean causation, and the mechanisms that regulate the synthesis of CGRP have not yet been elucidated. Pharmaceutical prophylactic and acute treatments for migraines (botox injections, triptans, etc) have been demonstrated to inhibit the release of CGRP, which further suggests its important role in migraine physiology. Further research has demonstrated the wide range of effects of CGRP, beyond just vasodilation.12 Some conditions associated with CGRP include: 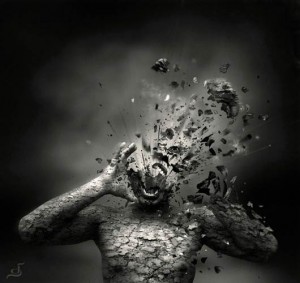 This research suggests what we’ve suspected for many years: migraines cannot be explained by a simple vasodilation/vasoconstriction mechanism, and what may cause migraines in some, does not cause migraine in others. If anything, the continued lack of discovery about specific underlying mechanisms of migraine etiology supports the use of naturopathic modalities and approaches for migraineurs.

As naturopathic physicians, nutritional and supplement recommendations are a foundational part of our therapeutic approach. We frequently recommend that migraine patients undergo elimination diets, in particular avoiding foods containing tyramine, nitrites, MSG, and aspartame. However, from a nutritional standpoint, research only seems to clearly support the role of red wine in provoking migraine headaches.13 Research is inconclusive regarding these other dietary triggers, and never be reconcilable, since, as we know, different patients often have different and multiple food triggers. From a nutraceutical approach, research supports the prophylactic use of magnesium, riboflavin, and coenzyme Q10 (CoQ10),14 with some hypothesizing that riboflavin and CoQ10 may help to resolve abnormal mitochondrial function relating to migraine physiology.15 Even more interesting are studies that found that eradication of Helicobacter pylori in infected migraine patients significantly reduced migraine frequency, duration, and intensity.16,17

Some other tools in our naturopathic toolbox include botanical medicine, homeopathy, acupuncture, and spinal manipulation. Tanacetum parthenium (feverfew) and Petasites hybridus (butterbur) have been used traditionally as part of migraine prophylaxis; however, research is marginally supportive at best, possibly due to lack of standardization of the active constituents in these studies.13,18 While acupuncture for migraine prophylaxis is supported by more and more research,19 homeopathy prophylaxis is effective but still in its infancy.20,21

While any disease is difficult to treat when the cause is unclear, we greatly surpass the conventional medical system by treating the individual and promoting overall health and wellness. As an intractable migraine sufferer, myself, I can attest to the fact that any decrease in migraine severity, duration, or frequency of migraine attacks sans pharmaceuticals and their harmful side effects is life-changing for those 36 million migraineurs in the United States. Clear etiology or not, we can offer our patients hope, which, is in some ways, the most powerful gift a naturopathic physician can give.

Ashley L. Russell, ND, graduated from the Southwest College of Naturopathic Medicine in Arizona. She received her Bachelor of Science in Applied Ecology from the University of California, Irvine, where she spent over a year researching the impact of bioremediating plants on Costa Rican soil. She is a naturopathic doctor at Serenity Natural Health Center in Frederick, Maryland, with a focus on women’s health. In her spare time, Dr Russell enjoys baking vegan, gluten-free treats, hiking, and spending time with her dog, Honey. 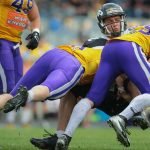 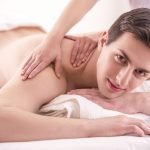 Kinsei Manual Therapy: An Introduction to the United StatesNeurology