Percutaneous neuroplasty (PN) is a procedure that involves the injection of a treatment solution around a nerve in order to lyse adhesions to adjoining tissue. The goal of PN is to free up and normalize mobility and function of nerve tissue and other related structures, and to apply medication to these structures. The procedure is also referred to as “nerve hydrodissection.” PN is not the same as neurolysis, which is therapeutic chemical or thermal destruction of nerve tissue.

PN began to be utilized in the late 1980s as a pain management technique for pain due to epidural adhesions of the spine; these can occur from surgical intervention, leakage of disc material into the epidural space following an annular tear, or an inflammatory response.1 However, nerve adhesion in other tunnels and canals after acute or repetitive strain may also result in the development of nerve adhesions. The pathology of nerve adhesion involves:

By resolving the adhesion with PN, normal neurological function can be partially or fully restored.

For localization of a peripheral nerve, a “neurogram” can be created by completely surrounding a nerve with local anesthetic. This results in the hyperechoic (bright white) nerve being surrounded by the black (anechoic) fluid of the injectate. For this reason, PN has been used as a preinjection technique to localize a peripheral nerve for anesthetic blockade in preparation for other procedures.2

In addition, PN has been described as a treatment for some peripheral entrapment neuropathies, such as:

Carpal tunnel syndrome is a condition primarily caused by repetitive use in some occupations and pregnancy. Other conditions associated with carpal tunnel syndrome include diabetes mellitus, rheumatoid arthritis, and hypothyroidism. Median nerve and adjacent structure adhesion in the carpal tunnel is a pathology that was described by Smith et al, who were researching ulnar vs median-sided carpal tunnel injections. Their team found that as the injectate was delivered, the median nerve peeled off the undersurface of the flexor retinaculum, allowing the needle to be advanced between the nerve and the overlying retinaculum. They proposed that hydrodissection may disrupt adhesions and also allow the injectate to encircle the superior half of the nerve.5

The conventional series of treatment for carpal tunnel syndrome usually involves physical or occupational therapy and bracing, followed by steroid injection, then surgery. Outcomes from both blind corticosteroid injection and surgical release of the flexor retinaculum are inconsistent, as the techniques for both procedures vary.

In contrast, hydrodissection of the median nerve offers a safe, effective, and low-cost option for the treatment of recalcitrant carpal tunnel syndrome. The procedure can be performed in-office in as little as 30 minutes. Recovery time is hours rather than days. In addition, partial release of the transverse longitudinal ligament can be achieved.6

Potential risks include inadvertent intratendinous, intravascular, or intraneural injection. However, the use of ultrasound guidance, with color-flow mapping or color Doppler views, decreases the risk of these adverse events. As for transverse ligament carpal release, rupture has not been described in the literature for this treatment and is very unlikely, since the release is performed at the superficial layer of the ligament at the trapezium. The deeper layer, deep to the flexor carpi radialis, is spared. As with any procedure, infection is always a risk.

Allen is a 59-year-old right-handed Caucasian man who was actively employed as a construction contractor. He had been diagnosed with bilateral carpal tunnel syndrome 1 year prior by nerve conduction study; the right side was worse than the left.

At the time of this visit, Allen’s complaints included: numbness in the 2nd through 4th fingers; occasional pain without paresthesia in the right palm; similar symptoms, though to a lesser degree, in his left hand; and pain with gripping. He had been dropping tools due to numbness and pain, which was only prevented by maintaining a sustained grip. Both wrists and hands were worse at night. He did not have any of these symptoms prior to 1 year ago.

His past treatments included acetaminophen and NSAIDs, with no benefit. He’d had a corticosteroid injection in his right carpal tunnel, which provided less than 2 weeks of symptom improvement. He had not had physical or occupational therapy. He had been offered carpal tunnel release surgery, but was looking for alternatives, as he did not want to risk the complications of surgery and could not take the needed time off from work for recovery.

Evaluation of the patient demonstrated symmetrical, upper-extremity deep tendon reflex, with grossly equal grip strength. No muscle atrophy of the thenar muscles was present and Allen’s test for vasculature was negative bilaterally. Tinel’s sign at the carpal tunnel caused paresthesia in the right radial aspect of the 4th finger, and was negative on the left. Phalen’s test was positive, with paresthesia in the distribution of median nerve in the thumb and 2nd to 4th fingers bilaterally. No palpatory pain was noted in the hand musculature. Tinel’s at the antecubital fossa was negative. (This finding, along with lack of thenar paresthesia, suggested against entrapment at the level of the elbow, which would normally show thenar paresthesia, as the palmar cutaneous branch is affected. This nerve does not pass through the carpal tunnel, thus sparing paresthesia in thenar muscles in carpal tunnel syndrome).

Ultrasound was performed with 2 transverse and 1 longitudinal view of each median nerve. The transverse views were taken at the proximal aspect of the pronator quadratus and at the carpal tunnel. The median nerve cross-sectional area (CSA) was measured in both locations, to calculate the ratio between the 2 areas. The medial nerve should not be entrapped at the proximal pronator quadratus. In turn, entrapment occurs in the carpal tunnel. A CSA ratio >1.4 is suggestive of carpal tunnel syndrome.7

I discussed the option of percutaneous neuroplasty of the median nerve as a treatment option that fit within the goals of the patient. Allen tolerated the procedure well in each wrist without complication, and followed up on separate occasions for each wrist.

At a follow-up 1 month later, he reported 1 episode of mild tingling in the right 2nd, 3rd and 4th fingers after a day of repeated troweling and taping, which resolved when he stopped these activities. He was no longer waking at night. He had not dropped any tools or other objects in the interim. Ultrasound examination of the right and left median nerve at the carpal tunnel measured 11 mm2 for both, compared to 15 mm2 for the left and 18 mm2 for the right at the initial evaluation.

Eight months later, during a follow-up for an unrelated complaint, I asked Allen about his wrists and hands. He reported occasional paresthesia in the right 3rd fingertip 1 to 2 times per month, which would resolve with rest. Ultrasound of the right median nerve at the carpal tunnel measured 11 mm2. The left median nerve measured 13 mm2. I suggested he watch for any return of symptoms in his left hand, as his nerve had slightly enlarged over the interim.

PN may even be a treatment for entrapment conditions for symptoms beyond the neurological. For example, hydrodissection of the entire carpal tunnel with lidocaine and triamcinolone has been described in rheumatic patients, and the procedure appears to result in reduced Raynaud’s attacks.8 The mechanism may be a combination of hydrodissection-mediated mechanical freeing of entrapped arteries, nerves, and tendinous structures, as well as corticosteroid-induced reduction of inflammatory vasospasm.8

Sam Russo, ND, LAc, RMSK, practices in South Burlington, VT, at Vermont Naturopathic Clinic, a group practice providing adult primary care and specialty care in orthopedics, gastroenterology, endocrinology, and oncology. He is the first provider in Vermont to receive the registry in musculoskeletal ultrasound (RMSK) and utilize ultrasound for diagnostic and injection guidance purposes. Dr Russo is currently developing an introduction to musculoskeletal ultrasound course for naturopathic physicians. His email is drsam@naturopathicvermont.com. 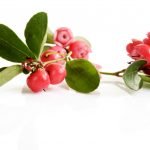 Wintergreen The Good, The Bad, The UglyNeurology 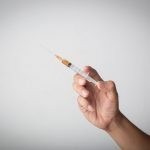