Wintergreen The Good, The Bad, The Ugly

When we think of wintergreen, we probably think of that refreshing minty taste in chewing gum or toothpaste. Or, perhaps that icy-hot sensation we feel from applying medicated cream for sore muscles after an intense workout. The essential oil that we call wintergreen is most commonly extracted from the leaves of Eastern teaberry (Gaultheria procumbens). The oil has a soft, pale yellow to pink color, and the plant has been used for hundreds of years in traditional medicine as a pain reliever and fever-reducer.1

The oil is comprised almost entirely of methyl salicylate,2 a compound that is widespread among deep-heating creams for sore muscles and joints, found in several popular over-the-counter (OTC) products and Chinese medicine liniments. Most OTC creams contain approximately 30% methyl salicylate, though some can be as high as 70%.3

Although well known for its therapeutic effects, wintergreen is not without its hazards. The potent molecule, methyl salicylate, is structurally similar to aspirin (acetylsalicylic acid). After ingestion, methyl salicylate is readily metabolized by the body to salicylic acid, which is the same bioactive intermediate as in aspirin. This means that wintergreen essential oil’s mode of action on the body is identical to that of its conventional medication counterpart. Therefore, just as aspirin can be toxic, so too can wintergreen essential oil.

In children less than 6 years of age, as little as 4 mL (less than 1 tsp) ingested wintergreen oil has been implicated in several documented deaths.5 It is best to keep essential oil bottles far from the reach of children.

Naturally, oral dosing has the greatest capability for absorption and potential for toxicity; however, topical applications are not without their risks. In 2007, a 17-year-old cross-country runner died from excessive and long-term applications of topical muscle creams for pain relief. The medical examiner determined that an abnormally elevated level of methyl salicylate in her body was the cause of death.6 Due to its chemical nature, methyl salicylate is readily absorbed by dermal application, and is another reason that its topical use is concerning.

An overdose of either form of salicylate leads to a condition called “salicylism,” characterized by the symptoms of dizziness, tinnitus, nausea, vomiting, hyperventilation, and mental status changes, with the potential of resulting in coma or even death.7

Some individuals have an allergy to aspirin or a sensitivity to salicylate. These individuals are likely to have a reaction to wintergreen essential oil; as such, it should best be avoided in this population altogether.7

In the case of overdose, western medicine treatment interventions may include 50-100 g of activated charcoal (orally), sodium bicarbonate (intravenously), and – depending on the severity – hemodialysis. Due to the fact that salicylates affect the acid-base homeostasis within the body, it is pertinent to balance electrolytes and pH, as well as maintain adequate hydration.7

In 2014, a technology company was issued a patent for a pesticidal formulation containing wintergreen oil, as well as rosemary oil.8 This suggests that the uses of wintergreen may be beyond our current understanding, and research may pave the way for new and additional applications.

Wintergreen essential oil, as with most essential oils, offer incredible therapeutic effects. However, they are not without toxicity concerns. When using aromatherapy, even if it is simply a topical application or an OTC formulation, it is pertinent to be cognizant of safety concerns and the potential side effects from their use. 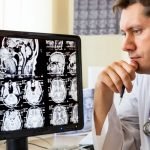 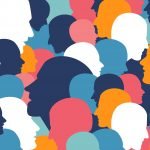