St John’s wort for cancer? Bladder cancer is more common in men, for unknown reasons, and is most frequent in later decades of life, presumably due to long-term exposure to carcinogens and epithelial irritants. Carcinoma of transitional epithelium is the most common type of bladder cancer, followed by squamous cell carcinoma, which is most often associated with carcinogens such as nitrosamines and anilines dyes. Squamous cell carcinoma of the bladder tends to be highly invasive and carries a poor prognosis, as do metastatic bladder cancers. Bladder cancer has not been found to respond to systemic chemotherapy used for most other types of cancer. Radiation therapy is a possibility for localized tumors but is problematic because of extensive damage to the entire bladder. Local therapies such as instillations of therapeutic agents directly into the bladder, along with surgical excision of cancerous regions, (referred to as partial cystectomy), are the mainstay of therapeutic approaches to bladder cancer. Bacille Calmette-Guérin (BCG) is a pharmaceutically altered bacterial strain that is presently used locally for bladder cancer, most often following bladder surgery to prevent tumor recurrence and for carcinoma in situ caught in the early stages. For nonmetastatic carcinoma in situ of the bladder, BCG immunotherapy has been shown to be highly effective.1 This article presents recent research on Hypericum and other herbs for bladder cancer.

Most readers will be aware that Hypericum is capable of causing photophobia of the eyes if ingested repeatedly in quantity and that Hypericum can cause horrendous burns if used topically on the skin and followed by exposure to strong direct sun. Current research is revealing that the same mechanism responsible for photosensitivity may also lend Hypericum anticancer activity.2

A bit of chemistry review may help this all make sense. Chlorophyll, a well-organized multiringed structure, is the basis of almost all life because of its ability to absorb photons of certain wavelengths of light and to vibrate in such a way as to capture some of the sun’s rays and use this energy to fuse oxygen and water and form glucose, on which the entire food chain is based. Simply put, chlorophyll enables photosynthesis. Chlorophyll does this by absorbing electromagnetic energy, without becoming damaged by the radiation itself.

Flavonoid molecules in plants can act as secondary photosynthesizers. These molecules too can absorb electromagnetic radiation by sharing the energy collectively about the multiringed molecular structure. Flavonoids absorb UV light and light within the visual spectrum, particularly green wavelengths.3 When leaves change color in the fall, the colors being evidence of elevated flavonoid content, they are capable of absorbing different wavelengths of light than chlorophyll, which help warm the leaf and finish up metabolic business. In particular, flavonoids absorb UV-B at specific wavelengths and serve the plant by bearing the energetic brunt of this energy and thereby protecting other more labile molecules. Flavonoids have an anti-inflammatory and antioxidant effect when ingested by humans, in part by similarly being able to absorb free electrons and prevent them from damaging other cell membranes and molecules. Both ingested flavonoids and their metabolites possess antioxidant activity, evidenced by the increase of plasma antioxidant status and the sparing effect on vitamin E and polyunsaturated fatty acids in erythrocyte membranes. 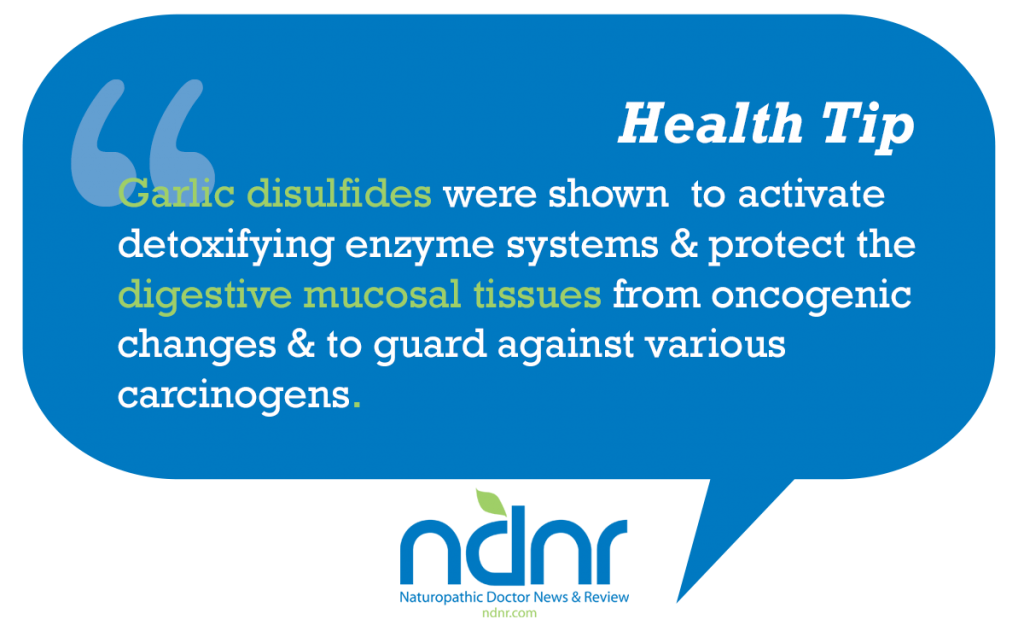 Hypericin in Hypericum is one such flavonoid and is reported to be the most potent natural photosensitizer known. When rubbed into the skin, the absorption of UV light may increase so dramatically as to induce third-degree burns. The skin and eyes can also become more sensitive to light with oral ingestion if Hypericum flavonoids are consumed in quantity. This photophenomenon may also lend Hypericum antiviral activity because the viruses can be subdued due to interactions with hypericin and viral protein as they pass through cutaneous blood vessels, close enough to the skin’s surface to be affected by UV light. Furthermore, hypericin generates large quantities of singlet oxygen, superoxide anions, and other reactive oxygen species when exposed to UV light, which are mechanisms by which Hypericum photodynamic therapy damages cells and induces apoptosis.4

Researchers are now exploring hypericin and other compounds as potential anticancer therapies by working with this photodynamic effect.5,6 Around the start of this millennium, reports emerged that hypericin could be instilled into the bladders of humans with bladder cancer and that the compound would spontaneously establish itself selectively in transitional epithelial carcinoma cells.7 In fact, many cancer cell types seem to intensely take up and concentrate hypericin.8 One study9 conducted in Belgium investigated hypericin distillations in the bladder of rats bred as bladder tumor models and reported that the amount of hypericin in bladder cells could be pushed to a 12:1 concentration compared with the surrounding nontumor cells; other researchers have reported achieving concentrations of 25:1, 28:1, and even 30:1 in urothelial cancer cells.10 Accumulation of hypericin in cells may be impeded by cadherin expression on cell surfaces, a lectin that has a role in cell-to-cell adhesion and in tight junction formation. Because some types of cancer cells (such as bladder cancer) are not rich in cadherin receptors, hypericin can more readily accumulate in these cells.11 The research group in Belgium attempted to synthesize hypericin derivatives to use in cancer therapy but reported that their early research found the synthetic versions to be less effective than the parent compound hypericin itself.12

Therefore, hypericin is being investigated as a diagnostic tool for bladder cancer and other reasonably accessible cancers.10 Hypericin in fact is reported to have astounding specificity in detecting bladder cancer by concentrating in the cancer cells, which can then be detected by fluorescence techniques.13 Subsequent investigations in animals explored hypericin instillations for use in tandem with light exposure to eradicate bladder cancer, and research is under way to determine what dosage and inflorescence technique will eradicate cancer, while not penetrating into the bladder muscle and damaging it as well.13 This emerging research is important because patients could simply be treated with visible light as opposed to more damaging types of radiation. In 2003, an animal model of bladder cancer showed that hypericin photodynamic therapy was highly successful, without damaging the detrusor muscle, but also demonstrated that 2% to 5% of bladder cancer cells survived the therapy and would regrow in time,14 suggesting the need for possible maintenance therapies. Researchers in Singapore are exploring Hypericum photodynamic therapy in the treatment of nasopharyngeal cancer,15 another epithelial cancer that may lend itself to hypericin therapy because of the possibility of topical access.

Research published in the Czech Republic explored the use of hypericin in nonmelanoma skin cancer cells.16 Hypericum was applied topically to actinic keratoses, basal cell carcinoma, and Bowen disease carcinoma in situ among 34 patients and was covered for several hours with an occlusive dressing. Hypericum application was followed by irradiation with a quantified wavelength of light 2 hours later and was repeated weekly for 6 weeks. The researchers reported that 50% of actinic keratoses, 28% of basal cell cancers, and 40% of Bowen disease lesions completely resolved visually, although some cancer cells could still be detected histologically. It was reported that nodular basal cell cancers were less responsive then other types. The investigators expressed optimism that further enhancement of the technique might yield better results.

In 2008, the Department of Neurosurgery at the University of Utah (Salt Lake City) published a preclinical animal trial investigating the effects of hypericin-mediated photodynamic therapy on pituitary tumors.5 Rats implanted with pituitary adenoma cell lines to the point of developing frank tumors were treated with light alone, hypericin and light, or nothing to act as a control group. The group receiving hypericin was given 4 doses before light exposure over a period of 28 hours. While neither the group receiving light alone nor the control group showed any reduction in tumor growth, the group receiving hypericin and light showed some reduction. The hypericin-photodynamic therapy was not found to be effective in tumors 1 cm3 or larger in this short trial, but the growth of tumors of less than 1 cm3 were significantly slowed. Furthermore, apoptotic clusters were revealed at the periphery of all masses treated with the hypericin-light combination.

This recent research suggests that Hypericum may be a new chemotherapeutic and photodynamic tool suitable for superficial and accessible sorts of cancer, including skin, bladder, and nasopharyngeal carcinomas. As the technology for the entire field of photobiology matures in the coming decades, optimal delivery methods and sophisticated systems for delivering concentrated light to tumors are likely to emerge.4,5 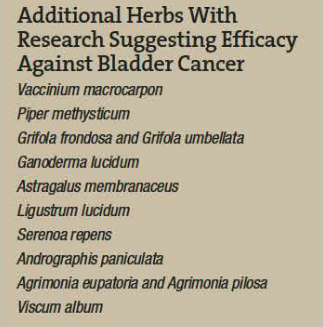 Sulfur, in various natural forms, may be an important nutrient for the bladder. For example, dimethyl sulfoxide is a treatment for interstitial cystitis, and the use of sulfur-containing glucosamine sulphate also offers symptomatic relief for chronic bladder complaints in many. Sulfur is known to be important to the integrity of collagen and connective tissue structure and likely has a role in endogenous detoxification pathways such as the glutathione enzymes, which are sulfur containing. Sulfur-containing isothiocyanates maintain bladder glutathione levels and reduce protein content of the urine, and results of animal investigations suggest that isothiocyanates powerfully protect the urothelium from cyclophosphamide toxicity.17 Isothiocyanates are sulfur-containing compounds naturally occurring in the Brassicaceae family (broccoli, cauliflower, cabbage, horseradish, etc), and broccoli sprout extract (high in the isothiocyanate sulforaphane) has been shown to support detoxifying enzymes and to induce apoptosis in bladder cancer cell lines.18

Sulfur-containing compounds in Allium sativum (garlic) are credited with activity against bladder cancer.19-21 Allium may protect the urinary epithelium from protamine toxicity22 and from nicotine-induced oxidative stress and damage23 and may induce apoptosis in human bladder cancer cells.24 Bacille Calmette-Guérin, one of the present pharmaceutical therapies for superficial bladder cancer, has many adverse effects such that it cannot be tolerated by all patients. Allium therapy has demonstrated similar efficacy with virtually no such adverse effects or toxicity according to some findings.25 Allium disulfides have also been shown to protect uroepithelium, preventing the severe necrosis that can occur with BCG therapy.25 The results of histological and chemical analyses performed in various animal investigations suggest that garlic disulfides maintained glutathione content in the tissues, which was otherwise depleted by cyclophosphamide in the control animals.26 Garlic disulfides were shown more than a decade ago to activate detoxifying enzyme systems and protect the digestive mucosal tissues from oncogenic changes and to guard against various carcinogens,27 and similar acetyltransferase enzyme inhibition, which may be overexpressed in bladder cancer cells, is being demonstrated.28 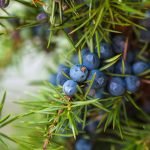 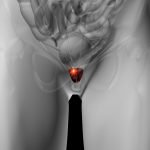