Pleasure as Medicine: A Case Study

Jane is a 48-year-old woman who presented to clinic with anxiety. She had experienced anxiety since childhood, but it went undiagnosed until 2008, when she had her first full-blown panic attack. She also had severe endometriosis and psoriasis, which was so intense that her hair was falling out. In 2005 she had ER+ breast cancer. In 2013 she was diagnosed with ovarian cancer, which led to a full hysterectomy and chronic abdominal pain as a result of the surgery. Of note is that she was raised by her severely bipolar mother; this contributed to significant shame, trauma, and anxiety.

Jane’s chief complaint was intense anxiety, noting that the smallest things would trigger her into insomnia. Binge eating was her primary coping tool, which had made her overweight. Her mental state included lots of foreboding and preparing for the worst, as well as hypervigilance. She tended to hoard. She was on venlafaxine (37.5 mg) and no supplements.

My initial treatment plan was to start her on a B-complex and fish oil, IM injection of vitamins B5, B12, and B6, and a proprietary injectable homeopathic for nervous system disorders. We also did a little mind-body counseling and visualization. Finally, I suggested a saliva test for female and adrenal hormones.

At Jane’s third follow-up visit 1 month later, she was losing weight, eating in a more balanced way, and experiencing less anxiety overall. When she had a panic attack, she realized how fatigued she was. We discovered through laboratory testing that she was positive for Epstein Barr virus, was low in vitamin D, and was hypothyroid. She started anti-viral therapy (including lauric acid, Hypericum, Melissa, Andrographis, and Lomatium), thyroid-supporting herbs, vitamin D3, and castor oil packs, and was referred out for abdominal massage.

At her sixth visit, 4 months after the third visit, she had reduced her venlafaxine to every other day and reported less anxiety. We reviewed her saliva test, which showed suboptimal cortisol and low progesterone. Accordingly, we added in an adrenal protocol (including adaptogenic herbs and glandulars) and progesterone.

After a 3-month absence, Jane returned to the office feeling fatigue, as well as depression alternating with anxiety. She was back on full-dose venlafaxine. She reported that she couldn’t stop eating, was constantly doing math puzzles, had no motivation, was way behind on work (despite working more hours), and had been isolating herself.

Making Space for the Parts

That’s when it struck me – the core of her anxiety was completely about being disconnected from herself. She found her own company so distressing that she was willing to distract with any means – food, puzzles, work. And no amount of perfectly prescribed supplements would change that.

So, we did some more intensive mind-body counseling, in which I included a form of therapy called Internal Family Systems, or IFS. The crux of this approach is to acknowledge that we all have different “parts” within ourselves and that these parts often have conflicting points of view. As a result, we work hard to ignore, shame, escape, beat down, or avoid the parts that make us uncomfortable. IFS and mind-body medicine seek to help the patient make space for all of the parts, recognizing that each perspective is valued and every part is welcome. That has the immediate effect of calming the entire system, which is therapeutic in and of itself.

For Jane, simply slowing down and listening to herself brought a tremendous amount of insight into why she was feeling the way that she was. She realized that there was a part of her that simply liked to be quiet but that other parts wouldn’t allow that. There were scared parts related to thinking that her anxiety was random, and she was comforted when she recognized that the anxiety was always triggered by something specific. An intellectual part came up feeling pressured that she needed to have all the answers. She also had a critical part that would start a nasty train of self-talk when her emotional body was triggered.

Once Jane realized that all of this was going on inside of her, she had much more compassion for herself (and her parts) and was able to be more spacious. She realized that she had parts with internal tools with which to assist other parts that were suffering or struggling. She felt empowered to choose pleasure because that was the one thing that made all of her parts feel joy again.

“Does This Please Me?”

When she left the office, Jane’s homework was to ask herself, “Does this please me?” whenever she was making a choice, no matter how small. She was to seek comfort with something that brought joy rather than mere distraction (eg, puzzles). I invited her to listen to her body for decisions (eg, does it tighten or lighten?), so she could start to rebuild trust between herself and her body. Finally, I asked her allow herself to play in the divine feminine and to practice receiving rather than “doing” all the time.

Two weeks later, Jane returned feeling amazing. She had picked up drawing again after a 20+ year hiatus (see Figure 1). She was reading for pleasure and had bought herself flowers. Because she was more connected to her body and her hunger cues, she had lost weight. She began falling asleep with ease. Jane reported an increase in mental clarity and had caught up on 8 months of bookkeeping. We continued to explore the different parts of Jane, allowing and making room for each one. What she discovered was that there is always a reason that she feels the way she does – if she is willing to listen, it is easy to discover.

According to Jane, she no longer felt weighed down by obligations. She began going to bed asking herself, “What will bring me joy tomorrow?” She felt ready to lose weight but was willing to approach it with much more mindfulness and self-compassion. And, she was ready to taper off her anxiety medication. 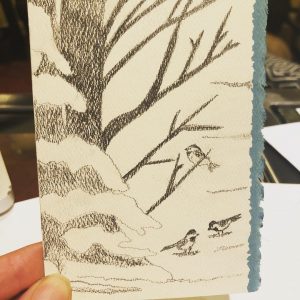 Jane arrived at our next visit with an inspired list of her desires, and bragged about what she had manifested from it:

I am not defective – there are real reasons I do what I do. I need to comfort myself about those reasons, not just let my critic take over and push it away. I am going to be mindful about my feelings, and I know that pushing away does not help me stay in my pleasure-filled life.

At our most recent visit, it had been 5 weeks since Jane’s last panic attack. She had signed up for painting classes, booked 2 trips to invite more adventure into her life, improved communication with her husband, lost weight, decreased her medication, and was ready to address her psoriasis now that the anxiety was no longer an issue.

The longer I am in practice, the more I realize that true medicine is really about deeper connection with oneself. I now use fewer herbs and supplements. My treatments have a faster and more profound effect. And no matter what someone presents to my office for, they leave feeling happier, which has an astonishing ripple effect in every system in the body.

I invite you to slow down in your practice and see where you might be able to listen more deeply – to become aware of those moments in your day where you deny what might feel pleasurable in favor of “taking care of what needs to be done.” Do an experiment for yourself: spend 24 hours choosing only from a place of what pleases you, and see what happens! This is the ultimate way to treat the underlying cause and the whole person.

The patients that walk into our offices are suffering from epidemic proportions of overwhelm and stress. They come to us in the hopes that someone will finally see who they are and what is most impacting their health. They want to be heard and deeply listened to. They need us, as naturopathic doctors, to guide them back to themselves. 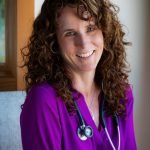 Nicola Dehlinger, ND, graduated from SCNM in 2004. Dr Nicola sees clients from around the world in her naturopathic medical practice, Pura Vida Natural Healthcare, in Durango, CO. She is an expert in the treatment of anxiety, depression, and insomnia. She is able to minimize supplements and medications as her patients become empowered to heal themselves. In addition to seeing clients, Dr Nicola leads group and private retreats. She also teaches a variety of online and in-person classes. In her free time, you can find Dr Nicola in the mountains or the kitchen, enjoying time with her husband, son, and their dogs. Website: www.puravidahealthcare.com 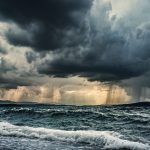 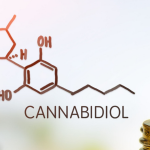