Lung cancer is the leading cause of cancer-related deaths in the United States.1 In the year 2010, approximately 200 000 Americans were diagnosed with lung cancer, resulting in 160 000 deaths.2 Risk factors include exposure to first- and second-hand tobacco smoke, arsenic in drinking water, naturally occurring radon gas in homes, environmental carcinogen exposures, and genetic predispositions.2 Familial and genetic variances have been identified that link non-smokers to increased likelihood of developing lung cancer. For example, epidermal growth factor receptor (EGFR) gene mutations are present in 20% of patients with adenocarcinoma.2 Patients with EGFR mutations are candidates for targeted molecular therapy to inhibit EGFR.

The patient was a 65-year-old female, never-smoker, with a positive EGFR gene mutation. The patient’s history was positive for coccidioidomycosis. This fact, in conjunction with her EGFR gene mutation, indicated a greater predisposition to developing lung cancer. Relevant family history included lung cancer (unspecified) and hypercholesterolemia in her father, and type 2 diabetes mellitus in her mother and brother.

On initial presentation in August 2018, a chest CT was ordered to work up presenting symptoms. Due to her history of coccidioidomycosis, a reoccurrence was suspected to be the cause of her symptoms, although cocci IgM was negative. A repeat CT was performed on 10/1/18 by the oncologist, which revealed a 1.8 cm nodule, moderate superior-middle mediastinal and right hilar lymphadenopathy, as well as scattered right and left lung solid pulmonary nodules measuring up to 0.5 cm, presumed to be reflective of sequelae of previously healed granulomatous disease, particularly given the left lower lobe basilar segment unchanged 1.4 cm granuloma. Bronchoscopy with transbronchial needle aspiration on 10/17/18 revealed 2/3 nodules malignant, adenocarcinoma of the lungs with lymphocytes. Brain MRI on 11/8/18, with and without contrast, revealed multiple nodules, the largest one measuring 9x8x10 mm; this was consistent with leptomeningeal metastases. PET scan on 11/14/18 revealed a right upper lobe hypermetabolic lesion, hypermetabolic thoracic and supraclavicular lymphadenopathy, and 1 small mildly FDG (fluorodeoxyglucose)-avid upper abdominal lymph node, indeterminate. The oncologist diagnosed the patient with NSCLC, adenocarcinoma, stage IV metastasis to the brain.

On 11/29/18, the oncologist began treatment with 80 mg of osimertinib daily. Osimertinib is an oral, third-generation, irreversible epidermal growth factor receptor tyrosine kinase inhibitor (EGFR-TK1).3 Studies of patients with NCSLC and an EGFR mutation treated with osimertinib have demonstrated an 83% survival rate after 18 months of therapy.3 Adverse effects of osimertinib include anemia (43%), diarrhea (41%), rashe (34%), dry skin (23%), fatigue (22%), paronychia (22%), decreased appetite (18%), cough (17%), pruritus (14%), constipation (14%), vomiting (11%), headache (10%), upper respiratory infection (4%), prolonged QT interval (2.7%), alopecia, aspartate aminotransferase elevation, and alanine aminotransferase elevation.3,4 Fatal events have been recorded with osimertinib use, including pneumonia, respiratory tract infection, cerebral infarction, myocardial infarction, pulmonary embolism, and intestinal ischemia.3 Although this is a targeted drug associated with relatively high survival rates, its use results in adverse effects and is not applicable to all forms of lung cancer or appropriate individualized patient care. The side-effect profile of chemotherapy/radiation drugs and their associated moderate cure rates warrant the use of adjunct therapeutic tools to increase treatment efficacy and improve patient outcomes and quality of life during and post-treatment.

High-dose intravenous vitamin C is widely used in integrative cancer treatment to delay or arrest cancer progression and to mitigate chemotherapy/radiation effects, and is supported by a large and fairly consistent body of cellular evidence.5 Studies have consistently demonstrated increased therapeutic efficacy of HDIVC in conjunction with standard-of-care radiation and chemotherapy when compared to standard-of-care treatments alone.6,7 Biological evidence demonstrates how high tissue concentrations of vitamin C (and other antioxidants) can reduce the toxicity of chemotherapy while increasing its efficacy.5

HDIVC has been found to induce a selective cytotoxic effect on cancer cells via H2O2–-mediated mechanisms and enhance cytotoxic effects of standard-of-care chemotherapy treatments in NSCLC, pancreatic cancer, ovarian cancer, glioblastoma multiforme, gastric cancer, colon cancer, and sarcoma.6 Clinical trials with the aforementioned forms of cancer have demonstrated safety, tolerability, and increased tumor cell death or tumor growth inhibition with HDIVC treatment, as well as its potential as an anti-cancer agent in conjunction with standard-of-care therapies.6 HDIVC bypasses intestinal transporters responsible for limited absorption of oral administration, resulting in peak plasma levels up to 200-fold higher than oral supplementation is able to achieve.6

HDIVC acts as a prodrug to deliver extracellular H2O2– to tissues. At physiological pH, vitamin C can undergo auto-oxidation to generate H2O2– through superoxide radical intermediate.6–8 As stated by Schoenfeld et al, “H2O2– at high steady-state levels is toxic to cells because it can readily cross cell membranes via peroxiporins and react with redox-active metals [such as iron] to produce highly oxidizing hydroxyl radical (HO˙) causing oxidative damage to cellular lipids, proteins and most importantly to DNA.”6 High concentrations of vitamin C are toxic to a variety of cancer cells, due to H2O2– production, while at the same time being relatively harmless and often beneficial to healthy cells.6 Cancer cells have a decreased capacity to clear H2O2–, and dysfunctions in iron metabolism cause increased levels of labile iron.6,8 This facilitates the selective sensitization of cancer to chemotherapy, but also offers a platform for vitamin C to act as a local pro-oxidant on tumor cells and as a systemic antioxidant on normal tissues.6,8 There is increasing evidence that vitamin C may provide benefits beyond tumor cytotoxicity by ameliorating the tissue injury and oxidative stress that normally occurs secondarily to chemotherapy and radiation.6 Normal tissues produce undetectable levels of H2O2– due to well-regulated iron metabolism and efficient metabolic pathways for clearing H2O2–; these abilities are absent in cancer cells.6

Before HDIVC treatment is initiated, preliminary testing is done to determine metabolic safety. Complete blood count, reticulocyte count, comprehensive metabolic panel, and G6PD were tested in the patient. A screening physical exam was completed, imaging was reviewed, and the patient was cleared for HDIVC therapy. The calculation to determine optimal blood levels of ascorbate was made using a finger-stick glucometer, since vitamin C is mistaken for glucose by glucometer readings for several hours after IV administration. The optimal range to achieve oxidative therapy is between 350-400 mg/dL.9 A baseline value is obtained pre-HDIVC, and a post-HDIVC value is obtained 15 minutes post-IV.9 The pre-IV reading is subtracted from the post-IV reading to determine mg/dL of plasma vitamin C.9 The patient was started on 25 g IVC on 1/22/19, around 2 months after she had been on osimertinib treatment; she was titrated over 17 days to reach her therapeutic dose of 60 g. (Intravenous formulas used for this patient can be found in Table 1.)

After a total of 14 HDIVC treatments, 7 multi-nutrient IV treatments, and approximately 7 months of osimertinib, the MRI and PET scans were repeated (5/22/19-5/24/19). The MRI revealed a single enhancing lesion in the left frontal lobe, which measured 2.7 mm (decreased from 4.3 mm on 2/6/19). No other definite intracranial lesions were identified. The PET scan revealed no residual FDG-avid disease.

After a total of 21 HDIVC treatments, 9 multi-nutrient IV treatments, and 10 months of osimertinib, the PET scan and MRI were again repeated (8/24/19). The imaging revealed the same results as 5/22/19 and 5/24/19 imaging, ie, a single, stable enhancing lesion in the left frontal lobe that measured 2.7 mm on MRI; no residual FDG-avid disease was found on PET scan.

The most recent PET scan, performed on 12/9/19, confirmed no FDG-avid recurrent or metastatic disease. The residual right upper lobe pulmonary nodule was not substantially changed in size, and continued to demonstrate low-level FDG uptake.

This case study demonstrates a safe and effective integrative treatment of NSCLC with metastasis to the brain. When considering effective approaches to cancer therapy, this case provides a detailed justification for using HDIVC in combination with the appropriate chemotherapy agent. The first repeated imaging documented the progress of osimertinib with only 2 HDIVC treatments and revealed improvement in brain tumors on MRI, but a progression in thoracic PET scan tumors. Although improvements were made, the repeated imaging after continuous HDIVC therapy revealed significant improvements, including the most recent PET scans indicating no residual disease in the thoracic region and a single stable tumor in the brain, as seen on MRI. Given her EGFR mutation, the patient was a prime candidate for an exceptionally targeted approach by treating with osimertinib and enhancing results with HDIVC.

The side effects of current chemo-radiation agents are generally poorly tolerated; thus, further research into therapies that can decrease side effects, reduce chemo-radiation dosages, and improve patients’ quality of life is warranted. Studies show a significant decrease in nausea, anorexia, fatigue, depression, sleep disorders, alopecia, and bleeding diathesis in women receiving a minimal dose of 7.5 g of ascorbate IV weekly in conjunction with chemo-radiation.6 HDIVC has been determined to be safe and nontoxic, with few adverse effects. Common yet minor adverse effects of HDIVC include increased thirst and increased urinary flow during IV infusions.5 Less common side effects include nausea, vomiting, fluttering, and rumbling sensation in the upper abdomen, a mentally hazy feeling 1 day post-treatment, chills, headache, and increased lower extremity edema for a few days post-infusion.5

The patient had only reported minimal side effects from the osimertinib, including intermittent mild pruritus, mild nausea, and fatigue. She reported that the fatigue was less prominent once she started receiving HDIVC. The chief complaint of mild pruritus remained.

This case report provides evidence that HDIVC therapy in combination with appropriately targeted chemotherapy can act as a safe, effective, and justified approach to integrative cancer treatment. More research is warranted to explore implementing widespread use of HDIVC in future cancer treatment regimens.

Aspen Percival is a naturopathic medical student who graduated from NUNM in June 2020. Aspen is a board member of the Naturopathic Medical Student Association. She attained a bachelor of science in biology from the University of British Columbia. As a 2nd generation ND in the making, she grew up with a unique outlook on the approach to health and dis-ease states. She believes in empowering individuals to take responsibility for their own health care, building strong doctor-client partnerships, and implementing Docere. Aspen focuses on building a strong physical, mental-emotional, and biochemical foundation to promote health and vitality with her clients.

Alicia Bigelow, ND’s focus on prevention serves as the foundation for her interest in environmental medicine and preconception cleansing. She completed Dr Walter Crinnion’s Environmental Medicine for Health Care Professionals program and is certified in IV and heavy metal chelation therapy. Dr Bigelow attained an undergraduate degree in geography from the University of Colorado and earned her Doctor of Naturopathic Medicine degree from NCNM (now NUNM) in 2004. She completed a 2-year residency at NUNM and is the supervising physician of the Environmental Medicine/IV therapy rotation at the NUNM Lair Hill Clinic. Dr Bigelow is also the proprietor of Vital Vinegars, an herbally-infused vinegar company. 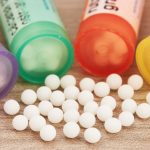 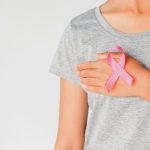