A Case of Lupus?

Francine, 20 years old, presented in September 2006 complaining of pain, sores on the hands and severe exhaustion. These issues were associated with a diagnosis of Lupus, and she requested a homeopathic approach while considering her medical options.

She had a diminutive stature, which made me think her age much younger. Hair was tightly bound back and her large, almond-shaped eyes looked out in a serious, penetrating way. Francine had a long history of illness and came from a family where rheumatic complaints were common. She began with severe Raynaud’s phenomenon at 10 years of age. Just prior to this was the onset of migraine headaches reliably occurring before thunderstorms and more so in the spring.

These headaches were mostly right-sided, behind the eye and cheek. Pain was made worse if she vomited and worse from mental exertion. Nausea was associated, and with it were hot flushes and sweats. If she rose suddenly during the course of a headache, it would bring on vertigo.

Her recent syndrome began her senior year in high school, with easy fatigue. Making the bed would result in a pronounced generalized aching and weakness, as if she “had just run a marathon. … It was like my mind stayed as active as always but my body was just exhausted.” For a young lady used to being athletic and very social, this was indeed a striking development.

Then came the pains. The first and most pronounced was a stabbing pain beginning at the right anterior superior iliac spine (ASIS) extending to the back. This was aggravated by long periods of sitting and lying. The discomfort was debilitating, but its diagnosis remained unclear despite extensive investigation.

Walking for two hours would initiate a shooting pain beginning at the right knee and extending anteriorly to the ankle. The wrists developed an aching with exertion, such as typing or holding a tray (while serving food in a restaurant). Pain in the shoulders was sharp and constant, yet made even worse with typing or carrying any weight. Lumbar pains occurred with sitting and exertion.

Most curious were eruptions that appeared on the dorsal surface of the interphalangeal joints and palm. They began as red vesicles that stung on touch and could develop into ulcers. There were sores in the mouth. The sores on the hand would come out especially upon exposure to salt air or salt water.

In addition, every afternoon from 3 until 6 p.m. she would develop a red saddle across the nasal area, and her face would go “on fire.” The throat area was quite sensitive to clothing touching it.

This young lady describes herself as “weighed down since the illness and reclusive.” In her former life, she was a social butterfly.

When I examined this case, it struck me that despite exhaustive questioning around many intense complaints, there were few areas where any characterizing definition could be ascertained:

Careful examination of the corresponding rubrics and then the materia medica led me to a prescription of Sepia. The presentation of the patient made me feel she was delicate. This, coupled with the inflammatory and destructive nature of the problem, led me to a potency of Sepia 6C diluted serially in three glasses of water, 1 tsp once per day.

This case is by no means ‘cured’ yet. I have been treating this lady for only five months, but the results are so pleasing thus far.

Within one month, there was a 50% overall improvement. In fact, within minutes of the first dose, the patient felt a surge of improved energy. By two months, there was no more fever or pain. She then went on vacation – on a cruise – and the sea air did not exacerbate the eruptions. On her return, she visited her rheumatologist, who is rethinking the idea that she suffers from Lupus. I recently followed up with the patient, and she continues to do well. The remaining problem seems to be the very long-lasting Raynaud’s, which has not yet changed.

Homeopathy is the most powerful and flexible tool in our armamentarium for the treatment of chronic disease. When supported by our expertise in lifestyle, it is unsurpassed.

Joe Kellerstein, DC, ND graduated as a chiropractor in 1980 and as a naturopath in 1984. He graduated with a specialty in homeopathy from the Canadian Academy for Homeopathy, and subsequently lectured there for two years. He also lectured in homeopathy for several years at the Canadian College of Naturopathic Medicine; for eight years at the Toronto School of Homeopathic Medicine; for two years at the British Institute for Homeopathy; and for the past five years, he has lectured for his own post-grad course in homeopathy, Homeopathy by the Book (homeopathybythebook.com). Kellerstein’s mission is the exploration of natural medicine in a holistic context, especially homeopathy and facilitating the experience of healing in clients. 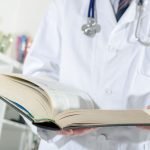 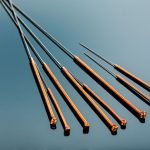