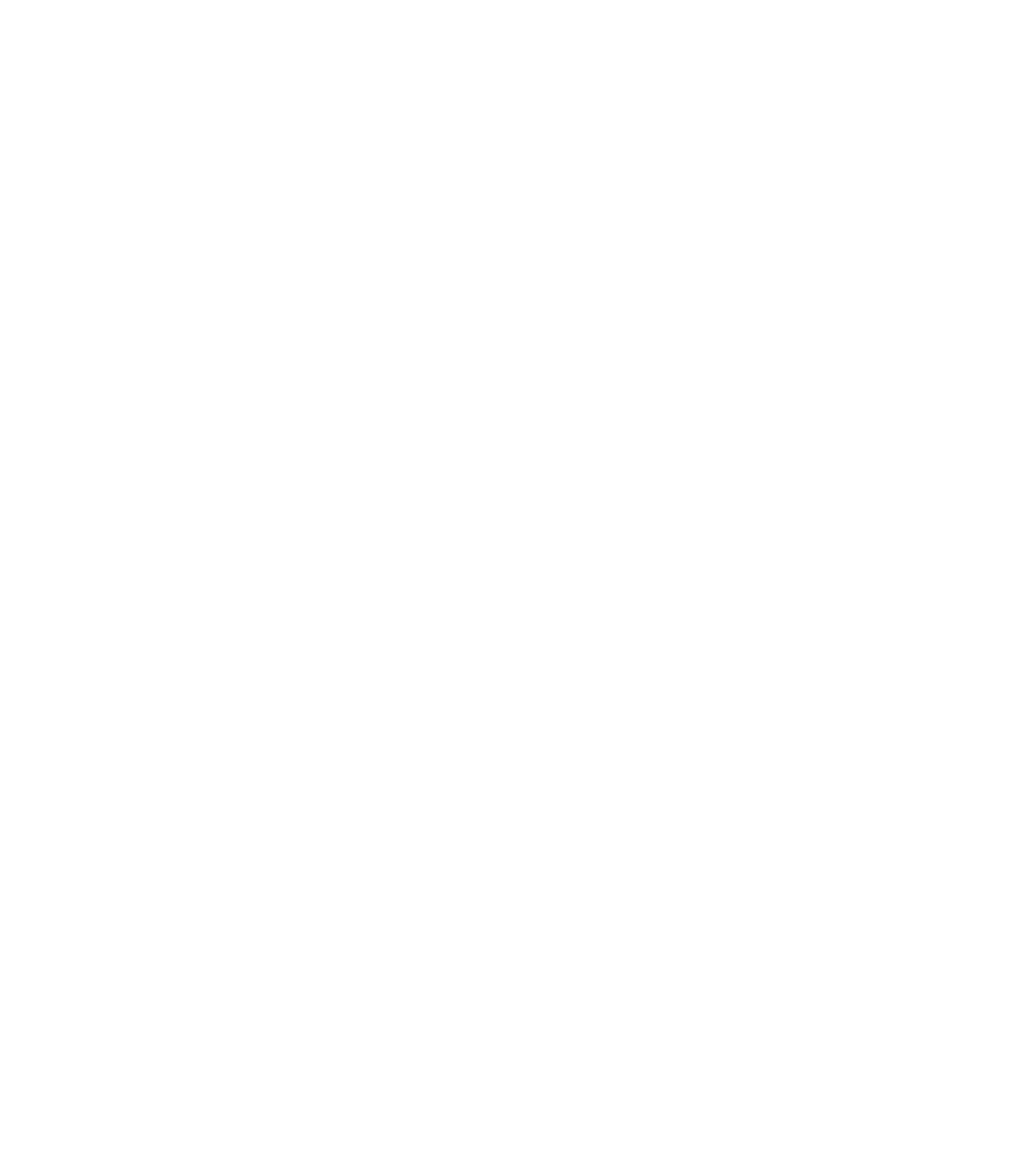 A Mixed Modalities Approach to Treatment of Pain

As NDs, we are in the enviable position of having a large, varied scope. We can use this broad scope to creatively design treatment plans that fit the patient, the symptoms and the circumstances. The urgent need to relieve pain is the perfect situation in which to use that creativity.

There are many sources and types of pain. Pain can come from wounds, injuries, pressure on nerves, muscle spasms, scar tissue, guarding and fear, among others. It can be chronic or acute. It can be measured on a scale of 1 to 10, described in such terms as sharp, dull, pinching, electric, radiating and so forth. It can interfere with sleep and with daily function. Pain can also give the physician valuable information, and it can be so unbearable as to drive the patient to thoughts of suicide.

The population I work with is mostly over the age of 40; many are over age 60. In this age group, patients are dealing with bodies that are changing, not unlike during adolescence. This population presents with autoimmune diseases, degenerative diseases, fibromyalgia and mysterious pains that come and go.

They have run out of their prenatal Qi, are low in hormones and have osteoporosis. They have battle scars from injuries and surgeries, some new and some from when they were children (and that may haunt them now, years later). They have deficiencies, depletions and fear of getting older. They can be difficult, needy, loquacious and wonderful. Importantly, what always worked for them before, may no longer work for them. This requires rethinking protocols to apply them to a patient’s current circumstances.

An approach that has improved my hands-on efficacy with pain is mixing modalities. I frequently combine acupuncture with osteopathic techniques. To that I may add Reiki, massage, nutritional IM or IV therapy, Qi Gong and/or counseling and body/mind techniques. I confess: I am an eclectic.

Acupuncture works well for pain in so many situations. The acupuncture theory that pain comes from excess, turbulent flow or deficient flow of Qi holds up well. Balancing the body and re-establishing the proper flow of Qi reduces pain and encourages healing.

With an aging population, cases tend to be more complicated. The issue that the pulse and tongue point to may not be what the patient specifically wants to have treated. Overall Kidney deficiency may not accurately or sufficiently describe the cause of the pain. It is sometimes difficult to be sure whether it is an excess or deficient situation at the location of the pain (and/or multiple areas of pain) with which the patient presents.

When dealing with pain, I prefer to palpate the area and literally feel what is going on. The diagnosis that the patient has received from other practitioners may or may not be accurate. X-rays may show osteoarthritis, but the offending pain may be located in a muscle, not the joint. A chronic cervicalgia may be muscle spasm, better treated without chiropractic style force. Spotting the old scars from an injury the patient forgot about or did not mention, and that are exactly at the site of the pain(s), requires observing and feeling the muscle tissue, and palpating bones and joints. To save time, I frequently treat as I palpate, which gives me additional information. Some of the osteopathic techniques lend themselves to that well.

One of the osteopathic techniques I use is SRE. For patients with osteoporosis, low pain tolerance or loose ligaments, SRE can be especially helpful. It is a non-force, non-impulse method of manipulation using positional release to complete neural messages and spot energy release to reduce localized pain.

Positional release is achieved by finding a most comfortable position relative to the painful area, exaggerating it slightly, holding briefly and then letting go. For example, if a patient presented with shoulders tight and raised, the practitioner could raise them further, allow the neural messages to complete, then allow the shoulders to drop gently. The result is that the shoulders are lower and more relaxed.

During palpation, I frequently check Qi levels at the pain site. If Qi releases easily using SRE Phase 6, I know that it is an excess condition, at least for that moment. Another technique that can be used during palpation is Reiki in short bursts at the location of the pain. If Reiki increases the pain rather than relieving it, I know that I need to drain the excess Qi first. If the pulse and tongue scream deficiency, I know I will want to augment the Qi either through acupuncture or possibly Reiki. In this population, pain sometimes presents as a “stuck drawer,” requiring release of excess Qi and supplementing with additional Qi in alternation to wriggle it free.

One example of treating during palpation is with a patient who presents with low back pain. During questioning, they tell me the pain is above the waist. When I ask them to point to the pain, they point to the sacroiliac (SI) joint, below the waist. I palpate the sacrum by pressing on the four corners of the SI joints and find limited motion in the sacrum. By lifting the side that moves down the least, I can encourage more motion in the SI joints. I can continue working with the sacrum using SRE until the sacrum is fully released, or I can switch quickly to acupuncture, inserting needles at the pain location (Ah shi points) and using typical acupuncture protocols. Once the needles are pulled, I can manipulate the SI joints more easily, introducing more motion into the SI joints and reducing pain. Upon further palpation I may find a new Ah shi point, but rather than chase it with needles, I just release excess energy with my middle fingers or replace deficient energy with Reiki for a quick change in pain level.

SCS is another useful osteopathic technique. With this technique, the patient is asked to briefly tighten specific muscles that are already tight against the practitioner’s hand and then relax. Typically this can be used with neck spasms by turning the head into the practitioner’s hand, or with hip spasms by using the knees as levers to the sacral fulcrum. This works well to release muscle spasms that do not completely release easily with acupuncture, SRE or massage. It also works well after some improvement has been made to show the patient how their guarding or tightness is contributing to their pain and to demonstrate a technique for relaxing. Some people hold a posture out of habit that contributes to the recreation of the pain. SCS can show the patient how to access the muscles to change that posture.

Surgical repairs with hardware and metal plates seem to create problems for the flow of Qi. Many years after they are implanted, extreme pain can accumulate over screws and plates. With acupuncture the pain can be reduced, but it has been my experience that draining directly over the hardware using SRE Phase 6 can take a patient from a pain level of 8-10/10 to 0/10 with just a few minutes of draining. Though pain does seem to re-accumulate because the cause still exists, the patient may be able to go 2 months or more before the pain returns. With regular treatments of acupuncture, SRE and Reiki, they can remain pain free.

Scar tissue with adhesions is another problem area that frequently is accompanied by pain. Having the patient perform daily home care using a topical MSM cream to soften the scars makes it easier to gently release the adhesions. Palpate starting an inch or so below the beginning of the scar and trace up the scar with medium pressure. An adhesion frequently exists where the skin will not move easily. Inserting an acupuncture needle at that point helps break the adhesion and re-establish the Qi flow. This can be done with microcurrent probes as well, for those physicians not licensed to perform acupuncture.

A frequent event with this population is that they are fine until they try to get off the exam table. I have adapted a technique for my population that I call ”wiggling.” It is a much simplified version of the Qi Gong technique of ”shaking” mixed with the theory of SRE. I encourage patients to work with the pain as it occurs and to try to relieve it themselves and reduce the guarding that so often re-creates the problem. I ask them to pause when they get a twinge of pain and try to reposition themselves so there is no pain, then hold that position briefly. Then I ask them to move back into the position that triggered the pain. If it still hurts, they should return to the position where there was little or no pain and wiggle a bit, trying to introduce motion into the area. This works well with arthritis pain, fibromyalgia and many other pains. It also gives patients some control over their pain and, therefore, their lives.

In conclusion, I encourage you to experiment. Adapt techniques to your strengths, borrow freely and don’t worry about being a purist. Efficacy is the measure. Combine modalities so you can promote patients’ well being while doing no harm. Take advantage of the synergism that comes from creativity of mixed protocols. It is part of what makes us unique in the medical world. 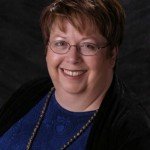 Susan Andersen, ND, LAc practices in the small coastal community of Newport, Ore., at Ocean’s Way Naturopathic Clinic. She is a graduate of NCNM, with both a doctorate in naturopathic medicine and a masters in oriental medicine. Her practice focuses on hormone balancing, including thyroid and adrenal, neurotransmitter balancing, nutritional IVs, acupuncture and osteopathic-style bodywork. She enjoys living by the ocean, walking on the beach, cooking and wine tasting. 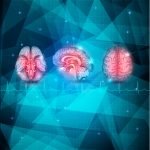