The History of Carbonated Waters and the Nauheim Baths: The Benefits of Water

I am confident, however, that there is more to be accomplished by the use of carbonated brine baths and resistance exercises than can be accounted for by mental effort. I am sure that these measures produce definite physical benefit in persons who have serious organic heart disease.
John Swan (1911, pp. 29-30)

Today, the almost-fabled carbon dioxide bath is not known by many in America; yet, there was a time when a simulated Nauheim bath of German fame was central to the treatment of many conditions, especially cardiovascular diseases, on American soil.

The carbon dioxide bath originated in Nauheim, Germany, at the site of a mineral water spring with a high concentration of carbon dioxide “varying from 1.8 to as high as 3.9%” (Bovaird, 1909, p. 75). This carbon-dioxide−rich water was found to be efficacious for several conditions. The Nauheim bath became synonymous with carbon dioxide bathing and had many names, such as “effervescent bath” and “carbonic acid bath.” The Nauheim, or carbon dioxide bath, continues to be used in several European countries as part of a flourishing network of medical balneotherapy clinics. Here in North America, this remarkable modality has simply vanished into thin air.

Since 1835, the Nauheim mineral spring has attracted many people drawn by the therapeutic benefits this water offers. One famous visitor, President Theodore Roosevelt, came to Nauheim as a young boy with his father, who was suffering from heart disease. He and thousands of others have benefited from the effervescent carbonic acid baths that were used in the treatment of neurasthenic conditions and insomnia (Hoegen, 1916, p. 61), as well as anemia, loss of appetite, impotence, old age, circulatory disturbances, hemorrhoids, inflammation of the female reproductive system (menstrual irregularities), functional and organic heart diseases, rheumatism, gout, and skin diseases (Baruch, 1920; Hoegen, 1916; Kellogg, 1903).

The term “Nauheim bath” meant “a cold brine bath in which free carbon dioxide gas is liberated” (Swan, 1911, p. 30). The utilization and specifications of such a water therapy were not well-known, even among naturopaths. The temperature of “the Nauheim bath was rarely given higher than 95 F, nor lower than 86 F” (Baruch, 1917, p. 182), which initially may have felt a bit chilly to the patient. However, this chilliness was quickly replaced by “warmth and well-being” (Harveian, 1903, p. 6) as soon as the bubbles of carbon dioxide gas began to accumulate on the skin. As Hoegen (1916) pointed out, “The skin shows decided hyperemia wherever it is in contact with the gas bubbles” (p. 534). Dr. Swan, who studied the Nauheim bath literature in 1911, concluded that “the most important effect is the equalization of the distribution of the blood in the skin and the viscera by the vasodilation produced in the vessels of the former organ, the skin” (Swan, 1911, p. 31), a contention also supported by his colleagues, Colebeck (1904), Hare (1907), Bishop (1909), Anders (1905), and Merklen (1908), and explicated variously among doctors in the first decade of the last century.

Having personally experienced these baths, the sensation is like bathing in a tub of champagne. The body becomes covered with a film of tiny bubbles, and despite the coolness of the water, the body feels very warm due to vasodilation of the capillaries.
Whatever the patient’s experience of the waters is, the Nauheim bath became famous for the treatment of heart disease and was considered by some as the panacea for all cardiac ailments. Swan (1911), though, cautioned against the “promiscuous use of these carbogaseous baths” (p. 44). In his view, the therapeutic indications of the different cardiopathies needed to be considered, and the Nauheim practitioners needed to be prudent in their prescription. “The best cases for the Nauheim treatment are those with myocardial weakness from whatever cause. For valvular heart disease in the stage of broken compensation with dropsy, it is not suitable” (Swan, 1911, p. 44).

Harveian (1903) reported that physiological effects included “heart sounds [that became] clearer and stronger” and “respiration [that became] easy and slower and deeper” (p. 6). The physicians who worked at Nauheim “ascribe[d] the effects of the baths to mechanical stimulation to the skin, with a reflex effect upon the heart or upon the circulatory system” (Bovaird, 1907, p. 76). The Nauheim physicians found that the baths “raise[d] a low blood pressure and lower[ed] a high blood pressure” (Swan, 1911, p. 29). In fact, Beneke’s very early 18-month study of patients utilizing these rich carbon dioxide waters, published in 1859, concluded:

The cases of organic cardiac disease which have resulted from rheumatism or endocarditis furnish no contra-indication to the use of the saline bath . . . should not hesitate an instant to bathe persons who in consequence of rheumatism have become afflicted with cardiac disorder. (Beneke, 1859, as cited in Harveian, 1903, pp. 1-2)

Dr. Brown found that “the cases peculiarly fitted for Nauheim treatment are cases in which the heart muscle acts insufficiently, either from dilation, poor blood supply from anemias or arteriosclerosis with changes in the muscle, poisoning, acute or chronic and notably tobacco poisoning and fatty changes of moderate degree” (Brown, 1906, p. 92). Baruch (1917) later reported, “The principal guide to a prescription of the Nauheim method, whether natural or artificial, is adaptation of the bath in duration, temperature and gas and mineral contents to each case, and a careful watching of the response of the heart” (p. 182).

Doctors who used this therapeutic tool then and those who use it now recommend rest as essential before and after the Nauheim bath. Patients would “not leave the bath house without resting at least an hour” (Baruch, 1917, p. 180). Indeed, the carbon dioxide baths were sometimes augmented by exercise that was introduced by the Schott brothers and subsequently used by many patients. “These baths are given methodically, according to the indications of each case and the effect of each bath, and they are accompanied or followed by certain passive or resisting movements, which offer a systematic but mild exercise of the principal voluntary muscles of the body” (Hoegen, 1916, p. 532)

In Nauheim, the standard protocol for Nauheim baths consisted of a series of 18 baths, with a maximum of 24. European doctors, such as Baruch and Hoegen, counseled their fellow colleagues in North America, who were in the habit of prescribing fewer baths, to abide by the standards and protocols established at Nauheim. However, the fewer number of treatments and the way in which the baths were delivered came under criticism in America.

In Europe, volcanic mountains were abundantly available and necessary for carbon dioxide-rich mineral waters. In America, this was not the case, and the number of hot springs rich with carbon dioxide was limited to very few cities, such as Saratoga, New York, and some in California. To make the Nauheim bath available in America, doctors devised formulas to simulate the carbonated waters. To generate the carbon dioxide found naturally, doctors would create formulas such as the one used by Kellogg (1903) at his Battle Creek Sanitarium: sodium carbonate, sodium bicarbonate, calcium chloride, sodium chloride, and sodium bisulphate. Although the effect was similar to naturally occurring carbon dioxide, discussions and debates about whether these simulated treatments deviated too far from the original Nauheim bath persisted.

Replicating the medicinal properties of the Nauheim baths was also attempted at Saratoga. Baruch calculated that adding sodium chloride and calcium chloride to each bath would enhance the effects of carbon dioxide. It was agreed that the waters at Nauheim also had a distinct mineral composition that also enhanced carbonic acid delivery into the body. The formulas that were created tried to replicate the minerals at Nauheim.

The natural carbonated waters were considered to contain finer bubbles and more dissolved carbon dioxide than artificial waters. “The artificial, on the contrary, contains more free CO2 gas which escapes more easily” (Baruch, 1917, p. 599).
Here in America, Dr. Simon Baruch was determined to understand the effects of carbon dioxide baths. In a scientific manner, he investigated whether there was a difference between the artificial baths and those found naturally. There was little choice for American doctors who wanted to include carbon dioxide baths in their practices. The naturally occurring carbon dioxide springs also had the therapeutic addition of minerals or “salines.” The early doctors were engaged in determining the actions of the minerals versus the carbon dioxide on the body. Studies initiated by Baruch showed that “absorption of CO2 is furthered by [minerals] and escape of CO2 [is] prevented by [minerals]” (Baruch, 1917, p. 111) when minerals were added to a carbon dioxide bath.

Today, there is renewed research interest in the merits of carbon dioxide baths (Delahaye, Cheynel, Verny, & Vidil, 1993; Fabry et al., 1992; Falagas, Zarkadoulia, & Rafailidis, 2009). The carbonated waters of the Nauheim are among the rich heritage of modalities and nature-cure resources in our tradition. It behooves us to know these roots and to sustain them in our eclectic repertoire.

Baruch, S. (1920). An epitome of hydrotherapy: For physicians, architects and nurses. Philadelphia, PA: W. B. Saunders.

Hare, H. A. (1907). A text-book of the practice of medicine for students and practitioners (2nd ed.). Philadelphia, PA: Lea Brothers.

Swan, J. M. (1911). A résumé of the opinions upon the Nauheim treatment of chronic disease of the heart. Transactions of the American Climatologic Clinical Association, 27, 28-59. 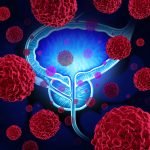