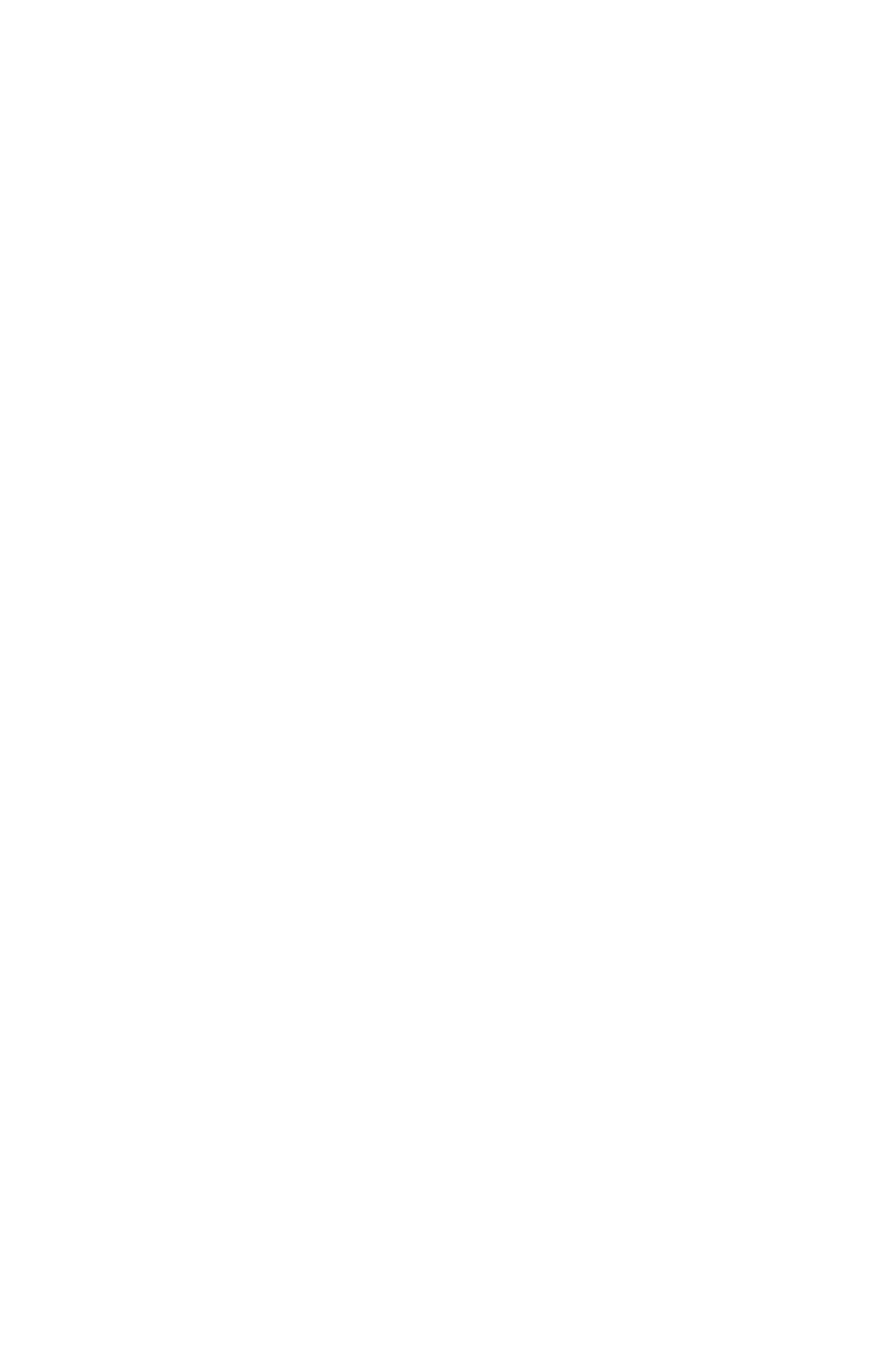 Blending naturopathic care and midwifery is easy from a philosophical perspective. Patients often seek midwifery care for pregnancy because of the individualized and personal care. This individualized plan and personalization is often what brings patients to naturopathic medicine. Following the Midwives Model of CareTM has been proven to reduce the incidence of birth injury, trauma, and cesarean section. Midwifery care decreases the need for epidurals and other interventions which could result in neonatal intensive care unit (NICU) attendance after delivery, and it increases success through breastfeeding and bonding between the mother and her child. Utilizing naturopathic care promotes success for pregnancy achievement and maintenance, as well as increases the health of the pregnant mother and growing baby. As a naturopathic physician, I provide well-woman care, balance hormones, optimize nutrition and exercise, and promote proper nutritional supplementation while decreasing exposure to environmental toxins and other psychosocial issues that may impact a woman’s health and ability to become pregnant. It is estimated by the American College of Obstetrics and Gynecology that there are about 25,000 homebirths a year (about ¼ of which are unplanned),1 and these numbers are increasing every day.

A landmark homebirth safety study provided by the Midwives Alliance of North America looked at delivery outcomes of approximately 17 000 women and their babies who had experienced a homebirth with a midwife. The study revealed the following2:

Among these women who planned a homebirth with a midwife, their babies were at very low risk for:

This case study is of a patient who has been in my practice for the last 5 years. I have managed her care both as a naturopathic physician and midwife, and continue to care for her (now) 4 children, including 2 children by birth. When I first met this woman, she was a 29-year-old G1 P0 SAB1 LC0 (1 pregnancy, 0 term births, 1 spontaneous abortion, and 0 living children with 3 foster children. She was currently recovering from recent endometriosis surgery, and was now pain-free. She had 1 miscarriage at 10 weeks gestation the year prior, and a loop electrosurgical excision procedure (LEEP) for HPV years prior to her pregnancy. She lived a reasonably active lifestyle and was following a gluten- and dairy-free diet due to digestive complaints. She had a prior history of hypothyroidism, which was managed by dessicated thyroid, and other low hormones, in general. Her goal for treatment was to balance hormones, prevent the endometriosis from progressing further, and to conceive naturally. Our initial physical examination showed nothing significant other than scarring from laparoscopic surgery and mild discomfort at the abdomen. Current medications included dessicated thyroid (½ grain), a multi-vitamin/mineral, fish oil, vitamin D3, and digestive enzymes. Our initial bloodwork assessment showed the following (Table 1):

Her plan for this visit was to remain on a gluten-free diet, with digestive enzymes and probiotics as needed, and to increase to some animal proteins and healthy fats in her diet, such as extra virgin olive oil, avocado, and fish. She was to remain on ½ grain dessicated thyroid and retest in 6 months or at the beginning of her next pregnancy. She was to start a quality prenatal vitamin with methylfolate and begin an extra 1000 µg 5-MTHF daily. She would remain on 5000 IU vitamin D and increase her fish oil to 2 g daily of EPA/DHA. She was also to take proteolytic enzymes between meals for scar healing for 6 months post-surgery. She was to take 150 mg/day of diindolylmethane (DIM), and start progesterone (100 mg PO on day 7-13 of cycle, and 200 mg PO on day 14-28+), to be continued until menses or a positive pregnancy test. At the point of a positive pregnancy test, she was to come in immediately for a progesterone blood draw. We would test mid-luteal progesterone levels after 2-3 cycles on progesterone, to ensure proper dosing. Her initial dosing of progesterone was higher than I typically begin with in women; however, she had used progesterone previously, and so we had a sense that she needed to start at a higher dose.

Three months later, a repeat mid-luteal progesterone level measured 16.9 ng/mL (N luteal=1.7-27). This was with progesterone dosing of 100 mg on day 7-13, and 200 mg on day 14, onwards. We decided this was adequate and that she should remain at this dose until she had a positive pregnancy test. She noted she was sleeping better at night and generally felt fine while on it. She had fewer headaches as well. The most common side effects from progesterone use include sleepiness, bloating, changes to the menstrual period (often a shortening), breast tenderness, and mood changes.

There is some debate on the optimal level of luteal phase progesterone for conception. I have seen physicians debate on ideal ranges between 10-15 ng/mL. My clinical opinion is that with a known history of low hormones and prior miscarriage, the higher the better. I consistently aim for a level >15 at mid-luteal, and with a positive early pregnancy test I prefer progesterone to be >20, ideally >30, while on HRT. At a positive pregnancy test, in a patient requiring progesterone I will then begin with weekly morning draws (with the last dose at bedtime), and continue this until the numbers are increasing weekly and >20-30, depending on where we started. In a pregnant woman with a favorable progesterone and no signs of early pregnancy loss, I may decrease the frequency of blood draws at that point. I typically manage a progesterone level until the patient reaches 12 weeks, as the placenta is now a developed endocrine organ capable of making adequate progesterone. At this time, I begin weaning progesterone dosing, while checking to make sure that the patient’s values are adequately maintained.

In the following month of treatment, the patient had missed her period by a few days, but was experiencing a small amount of spotting. A blood test shows her hCG was 32 937 mIU/mL (>0=pregnancy), and her progesterone was 15.2 ng/mL (N=11.8-41.9, 1st trimester). We immediately raised her progesterone dose to 200 mg BID. Two days later, a repeat hCG was 41 703 mIU/mL; this was not the expected doubling we like to see in a 48-72-hour repeat hCG.

Four days later, her hCG measured 48 970 mIU/mL, and her progesterone was 42.3 ng/mL. We also ordered a transvaginal early-OB ultrasound, which showed a live fetus at 6 weeks and 5 days with a fetal heart rate (FHR) of 126 bpm. Again, the hCG did not double; however, her progesterone improved considerably and we had a confirmatory fetal heart beat. Further progesterone testing showed the following:

Typically, I would have a woman off progesterone at this gestational age; however, the patient was nervous to stop during this time. My clinical opinion was that the extra progesterone was not harming her and that it added an extra security within this pregnancy.

At her 19-week appointment, the patient consulted with a perinatologist for a fetal anatomy scan ultrasound. The baby appeared to be growing and developing normally. The perinatologist recommended that oral progesterone be discontinued at this time. They found that her cervix was shorter than usual for her pregnancy age, measuring at 3.2 cm. It was recommended that she have a repeat ultrasound every 2 weeks to monitor this progression; if she dropped too low, we would consider vaginal progesterone. There was a concern because a cervix shortening too soon is a risk factor for preterm labor. Her next transvaginal ultrasound (TVUS) measured 2.8 cm at 22 week, with no funneling, and 3.4 cm at 24 weeks. We discontinued monitoring her cervical length at this time.

At this time, we added sublingual B12, as she was eating mostly vegetarian and was already on folate.

Her labor began at 38 weeks 1 day gestation. She had a healthy baby girl vaginally at home after 17.5 hours of labor, consisting of 5 hours of active labor and 30 minutes of pushing. Mother and baby bonded and adjusted well. The nursing relationship began immediately and lasted for over 2 years. This patient had another pregnancy, with hormone replacement for thyroid and progesterone, and delivered a healthy baby boy at home 2 years later, which then fostered another beautiful nursing relationship.

It is important to discuss a few notable items in pregnancy care that are protective for baby. Optimizing thyroid function is imperative, as the baby relies on maternal thyroid for growth and development. Risk of miscarriage and stillbirth is higher in hypothyroid mothers, and this hormone is important in fetal brain development. Babies born to hypothyroid mothers may have lower IQs and impaired fine and gross motor development.3

Another notable protection is optimized vitamin D status. Vitamin D is well known to impact immune function and bone formation. In a vitamin D-deficient mother, the baby begins life deficient in the vitamin and then nurses with milk that is almost devoid of vitamin D. A mother with higher levels of vitamin D prior to delivery may have more vitamin D to share through her milk. The American Academy of Pediatrics recommends that breastfed babies be given 400 IU of vitamin D from birth.4 An additional study showed a correlation between lower levels of maternal vitamin D and an increased need of maternal epidural pain medication during labor.5 It is speculated that having appropriate levels of vitamin D may play a role in pain management during labor.

Additional benefits can be seen for both mother and baby with probiotic use. Infants exposed to L rhamnosus through diet supplements, from 35 weeks gestation through 2 years of age had a significantly lower risk of eczema and rhinoconjunctivitis.6

Standard naturopathic pregnancy nutritional supplementation entails a quality prenatal vitamin with methylfolate; quality minerals including adequate iron and calcium; a pure fish oil or vegetarian source of EPA/DHA; vitamin D3; and probiotics. There are other supplements that may be used safely with a pregnant woman, but if they are not necessary or not proven to be safe for a developing baby, they may be best avoided in pregnancy. A clean diet, without soda, caffeine, and artificial sweeteners or preservatives, should be emphasized.

By providing women with comprehensive and naturopathic quality of care, it becomes evident that there is a great deal to be gained by leveraging naturopathic modalities for these expecting mothers. As seen in the above case study, combining the modalities of midwifery training and naturopathic philosophies can contribute to and encourage a healthy and happy prenatal experience with much success for all involved.

Krystal Tellier, ND, CPM, received her Bachelors in Science from Arizona State University and her Doctor of Naturopathy from Southwest College of Naturopathic Medicine in Tempe, AZ. Dr Tellier completed an internship at Casa de Nacimiento birthing center in Texas, where she was immersed in midwifery care. She received her CPM in 2010. Dr Tellier has managed her own practice, Health For Life Naturopathic Medicine, for 7 years. Her practice focuses on hormone imbalances, food allergy/sensitivities, family medicine, using acupuncture, IV therapy, biopuncture, and midwifery. Dr Tellier is a member of AANP and AZNMA. 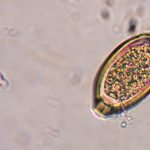 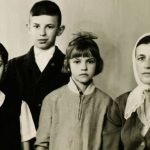 Getting to Know the Relatives: The Importance of MTHFR ScreeningPediatrics