Getting to Know the Relatives: The Importance of MTHFR Screening

Methyltetrahydrofolate reductase (MTHFR) enzyme deficiency due to a genetic polymorphism is frequently talked about these days. Studies are showing this polymorphism to be linked to many conditions, from depression to hypertension.1, 2 With the myriad conditions linked to MTHFR deficiency, it seems perhaps too easy to connect patient symptoms to this condition. However, a patient that seems to have more than his or her fair share of family history for specific conditions may warrant a genetic screening test. Additionally, appropriate treatment thereafter may help the patient’s condition, no matter if it is correlated with MTHFR deficiency or not. The objective of this article is to help identify those patients who should be tested, to both identify relative health risks and to improve outcome of care.

Around 40 single nucleotide polymorphisms (SNP) in the MTHFR gene have been discovered, which can present as either homozygous or heterozygous genotypes. SNPs affecting enzyme function can affect the methylation of key proteins in the body. Many of these SNPS seem inconsequential to the proper functioning of the MTHFR enzyme. Two, however, have been shown to lower the efficiency of the enzyme enough to warrant looking at. The most severe change occurs with the C677T SNP (involving a thymine substitution for cytosine), which decreases enzyme activity by 35-60%, depending on whether the SNP is heterozygous or homozygous.3 In second place is the A1298C SNP, which is linked to a 30% decrease in enzyme activity in homozygotes.3 Frequencies of the homozygous genotypes range from approximately 2% to 23% (depending on the population and the specific polymorphism), with the highest percentages in Italian and Hispanic populations; frequency of the heterozygous MTHFR SNPs is much greater in all populations.4

In conventional medicine, the fact a patient has an MTHFR polymorphism is often considered an inconsequential finding, unless of course that patient presents with the most severe consequences of the SNP, such as hyperhomocysteinemia or neural tube defects. A growing body of research, however, is gradually raising awareness of clinical correlations with MTHFR SNPs, particularly homozygosity for 677TT, and naturopathic doctors are beginning to put this condition on their radar, testing more of their patients, and basing treatment plans on the results.

The authors of this article gleaned clinical research from a practice in Southern California. The data were all derived from what patients self-reported in clinic visits, initial visit intakes, and doctor observations, as noted in the charts. Thirty-seven consecutive MTHFR-positive patients, confirmed with blood tests, were identified and used in this study, based on their positivity for MTHFR SNPs. Their charts were accessed for their chief complaint, family history, and past medical history in order to scan for a variety of characteristics. Patient data were then categorized by the genotypes present: 677CT, 677TT, 677CT/1298AC, 1298AC, and 1298CC.

Table 2: Incidence of Family History by Type in 37 Patients with Specific MTHFR SNPs

As this was a retrospective observational study, patients were not contacted to clarify any other information. Similarly, the group with known MTHFR SNPs was not compared to a similarly numbered group of patients who were known to be MTHFR SNP-free. These observations can be used as a stepping point for clinical trials in the future.

The following case was chosen to illustrate the point that a significant family history may be another piece to an MTHFR SNP-positive patient’s health puzzle.

GG is a 50-year-old female who presents to the clinic for osteoarthritis. Reproductive history is significant, with G6 P0 TAB2 SAB4 (6 pregnancies, 0 term births, 2 therapeutic abortions, and 4 spontaneous abortions). Patient had recurrent miscarriages at 4.5-6 months due to an incompetent cervix causing premature rupture of membranes. Fetus with genetic kidney anomaly was also noted in pregnancy history. She has significant family history, including grandmother with diabetes, grandfather with heart disease, father and mother with arthritis, a relative with allergies, grandmother with stroke, grandfather with alcoholism, siblings with depression/anxiety, brother with unspecified mental illness, and father and brother with high blood pressure.

Her chief complaint is osteoarthritis pain. She states that at times the pain is debilitating in her shoulders, lower back, and hips. She states she has some pain during yoga but no long-lasting episodes.

Her diet history includes a 5-month liquid, high-protein diet prescribed by her doctor at a local HMO. She has been drinking 120 oz of water per day since beginning this diet. Her exercise includes yoga and dance class. She has a menstrual history of menorrhagia. Other pertinent past medical conditions include ankle fracture and reconstruction surgery, asthma, stomach ulcer, and gastroesophageal reflux disease.

Her vitals were WNL. Her review of symptoms was WNL. Her labs revealed she was homozygous for the MTHFR 677 SNP (677TT).

In December of 2013, following a thorough discussion of MTHFR, the patient was given the following instructions:

In February 2014 the patient is taking 3 tablets daily of the B12 supplement, and is switched to a different turmeric supplement (turmeric phytosome, containing 500 mg of 18% standardized curcuminoids). She reports some relief in her shoulders but feels there is a long way to go. She is not having to take daily NSAIDs as often as she was previously. Unrelated to her musculoskeletal complaints, she states that she has been less “grouchy.” She states no reactions to her vitamin B12 supplement.

By August 2014, the patient states that her pain issue is essentially gone.

In September 2014, she is given continued nutritional support including a B vitamin complex supplement. She is told to finish the bottle and switch to a multi-vitamin, alternating with another nutrient supplement, magnesium, and to eat an anti-inflammatory diet for maintenance.

This patient had a significant family history for chronic disease. Though the research is not robust for correlations between MTHFR SNPs and osteoarthritis,6 practitioners have anecdotally observed a link between these 2 conditions. The patient has a significant history for miscarriage. MTHFR has been linked with miscarriage7 and may have been a contributor to this patient’s reproductive history. Clearly, a confounding factor in this case example is that multi-modality medicine can make it difficult to determine if the improvement of symptoms is from the MTHFR support or turmeric supplementation.

Following is another case that had impressive results due to guidance based on MTHFR testing.

T.S. is a 47-year-old male that presents to the clinic for hypertension. He has had high blood pressure for the last 4-5 years. Patient reports that his blood pressure runs 200/100 mm Hg without medication, and 160/90 mm Hg with medication. He has tried several pharmaceuticals and finds that his best response is a daily combination of amlodipine (10 mg) and benazepril (20 mg). Family history includes at least 2 members of the family dying in their 50s from myocardial infarction.

Patient reports that his doctor did a full work-up and prescribed a low-salt diet and to lose weight. He took this advice very seriously, losing 20 pounds and juice-fasting, which normalized his blood pressure. He felt good. This was the start of annual fasts of 30 days of juice, consisting mostly of greens, apple, watermelon, and water. After each fast, his blood pressure would return to normal, but then rise again. This year, his annual fast did not resolve his hypertension, which is why he is presenting to my office.

Review of systems was significant for a visual spot in his right eye that occurs when he has hypertension and which resolves when his hypertension is adequately managed. Palpitations are common with caffeine intake. He has been unable to get erections since he started medication, and is in a happy supportive relationship. The high blood pressure is felt first in his feet. He is vegetarian, having eaten a mostly raw-food diet for the last several years.

His blood pressure in the office was 154/92 mm Hg. Physical exam showed retinopathy with neovasularizations in the right eye, and was otherwise unremarkable. Labs revealed iron-deficiency anemia and low HDL-C.

Ten days later, the patient returned and reported a hypertensive crisis after breaking his juice fast. He presented to urgent care, where he was prescribed losartan; he discontinued this drug a couple days after starting, due to side effects of GI upset, shoulder pain, and erectile dysfunction. In fact, he decided to discontinue all pharmaceuticals since consulting me, against medical advice. His blood pressure was running 180/103 to 148/ 93 mm Hg on his home machine, and decreased to 123/76 to 103/65 mm Hg after implementing Crataegus. In the office, his blood pressure reading was 112/80 mm Hg in both arms.

MTHFR results revealed a 677 heterozygous genotype, which may explain the cardiac history on the paternal side of the family. Patient was educated on avoiding fortified folate in food and eating adequate food-source folate, as he prefers food over supplementation. He did agree to continue Crataegus and consider additional magnesium.

He returned 3 weeks later with a BP of 110/76 mm Hg, and reported that this has been consistent and that he has continued his treatment plan. His only complaint during this visit is hemorrhoids. He is attempting to convince his sister to get tested for the polymorphism, since it “has changed my life.”

The last contact with this patient was in a community function a year later; he reported he was doing well, without any hypertension reoccurrence. He has since moved out of the community and was lost to follow-up.

The word “genetics” is becoming more commonplace. The ability to look into our patients’ genetics for answers, or at least for new leads regarding possible origins of their complaints and/or risk factors, fits perfectly into the naturopathic philosophy. However, it is hard to determine cause and effect. Many factors go into influencing the occurrence of diseases in a family, and attempting to attribute them to SNPs may seem like an oversimplification. However, as noted in this article, if it seems like a patient has more than his or her fair share of significant family history, consider MTHFR testing. Tailoring treatment plans based on the MTHFR SNPs helps doctors ensure that our patients have an environment most conducive to dealing with the genetic grab bag they were given.

Kayla Preece, ND, is a recent graduate of the National College of Natural Medicine, and will soon be licensed as a naturopathic physician and midwife. She is excited to begin her private practice in a rural community as a truly family doctor. She enjoys spending time with her husband, dog, chickens and honeybees.

Shannyn Fowl, ND, began her service to the medical community by exploring midwifery and working as a nurse aid for 13 years. When she learned of naturopathic medicine, she pursued a Bachelor’s of Biomedical Sciences at Western Michigan University and was privileged to participate in their neuroimmunoendocrinology lab. She earned her Doctorate from National College of Natural Medicine and continued to be active in research during medical school. Dr Fowl has a private practice and is adjunct faculty at San Diego Community College. She resides in San Diego with her husband and son. 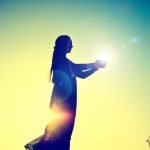 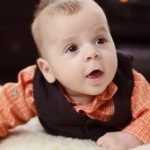 The Greatest Gift: Getting to the Root with Cellular BalancingPediatrics