In the fall of 2009, a 28-year-old woman (“Sarah”) presented to the clinic seeking a safe alternative treatment for her recent abnormal Pap smear results. Before her visit to the clinic, Sarah did some research on her own and had found an article written that year by one of us on escharotic treatment of cervical intraepithelial neoplasia type III (CIN-III).1 After reading this article, Sarah decided that she too wanted to receive escharotic treatment for her abnormal Pap smear results. A review of her medical records revealed an abnormal Pap smear result (atypical squamous cells, cannot exclude high-grade squamous intraepithelial lesion) and a positive high-risk human papillomavirus (HPV) DNA test. The histopathologic findings from Sarah’s colposcopy ranged from koilocytotic atypia (indicating HPV effect) to moderate and severe dysplasia. In addition, the endocervical curettage (ECC) findings indicated CIN-III. The colposcopic examination results were satisfactory, detecting acetowhite lesions with mosaicism. No lesions were found on the external genitalia, vagina, anus, or perineum.

Sarah’s history generally indicated a low risk for becoming infected with HPV: her first intercourse was not at a young age, she had no history of smoking, and she had had fewer than 3 sexual partners in her life. However, other HPV risk factors were present in Sarah’s history. She acknowledged high stress levels related to her job, and she reported using oral contraceptives.

A Review of the Literature on HPV Risk Factors

The literature on cervical dysplasia and HPV indicates that the oncogenic strain of HPV-16 is potentiated by stress.2,3 Results from the World Health Organization Collaborative Study of Neoplasia and Steroid Contraceptives showed a slightly higher risk of HPV infection in women who have ever used hormonal forms of birth control.4 The likelihood of developing cervical dysplasia was 47.5% in women who used hormonal contraceptives for more than 4 years. Likewise, the duration of HPV infection was appreciably longer in those who used hormonal contraceptives for more than 4 years. The study further concluded that hormonal contraceptives may be considered carcinogenic to the cervix. Because estrogen is known to have trophic effects, consistent exposure to above-normal levels could result in neoplastic growth. Investigators found that women with higher levels of estrogen receptor transcripts were significantly more likely to have cervical HPV infection and that estrogen binds to specific DNA sequences within transcriptional regulatory regions on the HPV DNA. It was also shown that HPV-18 E6 and E7 proteins directly interact with the estrogen receptor.

These data clearly summarize the cofactors of Sarah’s HPV exposure. Furthermore, they unveil an explanation for her subsequent development of CIN-III. Cervical ectopy may also increase susceptibility to infection with HPV, possibly explaining why Sarah became infected, despite her lack of many of the HPV risk factors (such as early first intercourse, history of smoking, and >3 sexual partners).

According to the 2006 consensus guidelines by the American Society for Colposcopy and Cervical Pathology, an excisional procedure is recommended if high-grade lesions are found with positive ECC results and/or if colposcopy results are unsatisfactory.5 Examples of excisional procedures include cold knife conization, loop electrosurgical excision procedure (LEEP) or large-loop excision of the transformation zone, laser conization, and electrosurgical needle conization, all of which have similar efficacy in eliminating CIN and reducing a woman’s risk of future invasive cervical cancer.5 Large retrospective studies5,6 have demonstrated that these excisional modalities increase the risk for future preterm delivery, low-birth-weight infant, and premature rupture of membranes. Age, parity, desire for future childbearing, patient preferences, prior cytologic results and treatment history, history of default from follow-up, and visualization of the transformation zone (squamocolumnar junction) are all factors that determine which ablative therapy is safest and what the patient’s true options include.5

Sarah claimed no other history of abnormal Pap smear results, had a low-risk profile, wanted to have children in the future, and was a highly motivated individual with a low-risk for defaulting on the treatment. Based on all of the information, the most conservative therapeutic approach for Sarah would have been to undergo LEEP.5,7 On hearing this information, Sarah asked: “What if I refuse LEEP? Can I do the escharotic treatment and if it doesn’t work, then do LEEP? What are my risks for developing cancer?” Sarah was reluctant to undergo excisional surgery for a myriad of reasons, including fear of the LEEP experience and its potential effect on future childbearing. She was informed that without intervention a sizable fraction of women with CIN-III will develop invasive cancer, in most instances 10 years or longer after the initial infection.8

To date, escharotic therapy has not been proven to be an acceptable ablative therapy. Women assume a risk by choosing this option; therefore, research on this therapy is necessary. Sarah was informed of this fact. She signed a refusal of medical treatment form stating that she felt LEEP was warranted for her treatment of dysplasia.

Oral Protocol. The oral protocol consisted of the following nutrients and botanicals taken for 1 year:

Escharotic Treatment. An escharotic agent is a substance that is corrosive to flesh and burns on physical contact, causing sloughing of the tissues and producing an eschar (a scab). This treatment involves the application of caustic agents to superficial tissues, with the intention of obliterating neoplastic growth and allowing healthy cellular growth to occur.1 This part of Sarah’s treatment consisted of 2 in-office escharotic treatments per week for 5 weeks (10 escharotic treatments in total). This is performed as follows:

Vaginal Suppository Protocol. After completing a total of 10 escharotic treatments (2 treatments per week over 5 weeks), Sarah was prescribed the following vaginal suppository protocol for 1 month:

Follow-up Visits at 6 Months and 12 Months

Sarah’s 6-month follow-up Pap smear revealed cervical cytologic results negative for intraepithelial lesion or malignancy. An HPV DNA test was not performed, as this test is not to be repeated for at least 1 year.5,7 The colposcopic examination revealed 3 very small areas of 1+ white epithelium with fine punctation outside of the squamocolumnar junction. Because Sarah was technically not a candidate for escharotic treatment and because we wanted to ensure that no disease process was missed in the endocervical canal, an ECC was collected. The ECC results were also negative at this time. Sarah was elated to receive this news.

In August 2010, a 12-month repeat Pap smear was performed with an HPV DNA probe, both of which came back negative. Colposcopic examination revealed that the 3 areas of white epithelium and fine punctation seen on previous examinations were no longer present.

Continued annual examinations will still be necessary for Sarah. Even if repeat HPV DNA testing is negative and results of 2 follow-up Pap smears at 6-month intervals are normal, routine annual screening remains necessary for at least 20 years.5

Sarah was an extremely compliant patient. She followed all outlined treatment recommendations, including the oral and suppository protocols. During the course of her treatment, Sarah elected to discontinue the use of oral contraceptives and switched to male condoms as her method of contraception. Sarah foresees that her stress levels will remain elevated for 2 more years, at which time she hopes to leave her job and begin a family. Given that Sarah was not a candidate for escharotic treatment or any ablative therapy, her body’s response to this treatment was very positive. She currently has no cervical lesions, and her HPV DNA probe status is negative.

Sarah’s case indicates the potential value and practicality of escharotic treatment. Escharotic therapy may be a viable option for many women given the low cost and decreased risk of cervical scarring. Long-term follow-up is also necessary to determine if recurrence or development of cervical cancer occurs. Further research on this therapeutic option for women with high-grade cervical lesions is warranted. 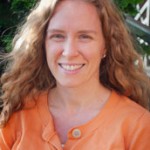 Lisa Taulbee, ND earned her Doctorate of Naturopathic Medicine in 2010 from NCNM. During her time as a student, Dr. Taulbee completed a two-year internship focused on women’s health and spent time in India studying HIV and its impact on public health. She has worked as Director of Research at a private health clinic with a focus on sexually transmitted infections diagnosis and management. Dr. Taulbee is currently in her first year of residency at NCNM with a special focus on both women’s health and primary care. She sees patients both privately and on teaching shifts at NCNM and is receiving extensive training in colposcopy and management of cervical dysplasia. She is the co-author for the Women’s Medicine Chapter of the Foundations Project. When not in the clinic, Dr. Taulbee enjoys reading, hiking, and exploring the Pacific Northwest. 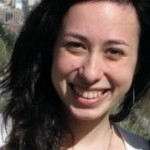 Erica Yosefah Zelfand is an ND candidate and midwifery student at the National College of Natural Medicine in Portland, Oregon. She is a writer, editor, health educator, and world traveler. 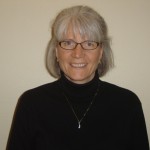 Kimberly Windstar, MEd, ND graduated from NCNM in 1991 and received a master’s degree in education from California State College in 1982. She maintained a private practice in Portland, Oregon for 12 years before incorporating it completely at NCNM’s teaching clinic as mentor shifts to educate student clinicians. She began teaching at NCNM in 1996 and is currently an associate professor teaching multiple courses, including gynecology. In 2000, she began co-teaching an advanced gynecology seminar series for physicians and medical students. In 2005, she developed a residency position for graduates interested in women’s health, advanced gynecology, female endocrinology, and colposcopy. She is the lead author for the Women’s Medicine Chapter of the Foundations Project. She published a case-based paper, An Alternative Treatment for Cervical Intraepithelial Neoplasia Grade II/III to Integrative Cancer Therapies, in June 2009. She lives in Milwaukie, Oregon with her husband, Mike and two dogs, Baxter and Muffin.

6. Sadler L, Saftlas A. Is it safe to perform LEEP on a patient before she gets pregnant? Contemp OB/GYN. September 1, 2006. http://contemporaryobgyn.modernmedicine.com/obgyn/issue/issueDetail.jsp?id=10277. Accessed December 21, 2010. 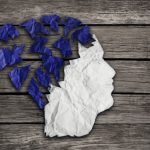