A Craving for Licorice

“My knees hurt so bad I feel like I’m 98 years old!” These were the first words from a new patient the other day. Gingerly half stepping and wincing her way to the large Stickley chair occupying the corner of my office, she continued: “I don’t know what’s going on, am I dying?”

It took an hour to piece together her medical history and to patch together the quilt work of laboratory tests run over the years. At one point in time, uric acid crystals had been found in an aspirate drawn from her knee, although for unclear reasons her healthcare provider does not think she has gout. Her serum uric acid level was within normal ranges. Finding normal serum levels is not adequate to rule out gout. She has gout. (I did not take SSL’s class for nothing.) But, she has more than gout.

Her affliction centers in both knees and is nearly crippling. Addison disease will do this. “No cortisol,” I mutter to myself. I am thinking of Cleve, the mountain climber and air force reserve nutcase who skied with us up until a few weeks ago, when he passed away from pancreatic cancer. Years ago, Cleve had told me a story of an air force assignment. He led a military research expedition high up into the Andes to test medications for altitude sickness. Half the group took high-dose prednisone, and the other half took a placebo. They were run through a battery of tests to judge whether the prednisone aided cognitive function at high altitude. Cleve did not recall the results of the testing. He did know one thing: when the study was over and this crew of participants marched downhill back toward to Lima, Peru, he knew exactly who had taken prednisone. High-dose prednisone suppresses cortisol production. Those who had taken it nearly did not make it back down. Their knees gave out: “They were crippled, like they were suddenly old people.”

I ask my patient as innocently as I can, hoping not to make it sound like a leading question: “Do you ever buy candy?”

“Oh.” Keeping my voice as steady as possible, I ask: “Do you like licorice?”

And just like in school, where you are going to write a patient reply in capital letters with 3 underlines, she sits upright in her chair, opens her eyes wide, flares her nostrils, and turns the volume of her voice up several notches: “I love licorice.”

This response is pathognomonic for Addison disease. Wanting to inspire her primary care provider to run the laboratory work, a corticotropin stimulation test, to make the correct diagnosis, we pulled together a list of her symptoms that pointed to Addison disease: low sodium, high potassium—check, check.

I start to ask: “Do you ever get low blood sugar?” But, then I stop when she has just opened what looks like a picnic lunch, as she apologizes, “You don’t mind if I have a little snack, do you? I get light headed if I don’t eat constantly.” Hypoglycemia, check; low blood pressure, check.

I wrote this patient’s medical provider, summarizing my findings to encourage the follow-up diagnostic tests necessary to ascertain that this was Addison disease. I once thought I had diagnosed a case of Addison disease, only to learn later that it was a corticotropin-suppressing brain tumor. (I did not mention brain tumor to my new patient.)

The keynote symptom of craving licorice does not tell us why someone is not producing enough cortisol, only that he or she is not. In seeking a reference for this licorice-craving symptom, I found 2 interesting articles worth bringing to your attention.

So might soy sauce. Cooper et al2 in the July 2007 issue of the Annals of Clinical Biochemistry reported on a 42-year-old woman who seemed to have spontaneously figured out how to self-treat her Addison disease with a diet predominated by licorice and soy sauce. Licorice provides glycyrrhizic acid that acts on 11-beta hydroxysteroid dehydrogenase enzymes. The huge quantities of soy sauce this patient consumed must have helped maintain her sodium levels. She was getting about 46 g of salt per week as soy sauce.

These new tidbits of information may help us recognize Addison disease in the future. They may also inform possible dietary advice that we give patients both with this disease and with milder forms of adrenal insufficiency. While using licorice to increase cortisone effect is an old trick, grapefruit juice will be a new addition to my list of suggestions. 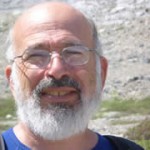 Jacob Schor, ND, FABNO is a 1991 graduate of NCNM and has practiced in Denver for the past 17 years. He served as president of the CANP from 1992 to 1999. He has served on the board of directors of the OncANP since 2006 and currently acts as secretary to the board. He is a Fellow of the ABNO. He was utterly shocked and humbled at the 2008 convention of the AANP to be presented with the Vis Award, an honor bestowed in the memory of William Mitchell. He is incredibly lucky to practice with his wife, Rena Bloom, ND. Dr. Schor writes newsletters for his patients that are popular with doctors and students. Visit www.DenverNaturopathic.com. Contact him at Jacob@DenverNaturopathic.com. 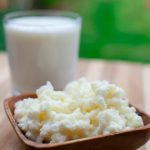 Oral Probiotic Combination for the Treatment of Bacterial VaginosisWomen's Health 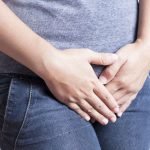