Oral Probiotic Combination for the Treatment of Bacterial Vaginosis

Bacterial vaginosis (BV) is a common vaginal infection causing significant gynecological and obstetric morbidity. Although no single pathogen has been identified as the causative agent of BV, Gardnerella vaginalis and Atopobium vaginae are commonly associated with the condition.1 Typical symptoms are said to include vaginal malodor, itching, dysuria, and thin discharge, but a substantial number of women with BV are asymptomatic.2 Bacterial vaginosis has been associated with pelvic inflammatory disease, infections following gynecological surgery, and preterm birth.3 It is estimated that 40% of cases of spontaneous preterm labor and preterm birth maybe associated with BV.4 Some evidence also suggests that the presence of BV may increase the risk for human immunodeficiency virus infection.5

Treatment for the condition consists of metronidazole or clindamycin, administered orally or intravaginally. However, these antimicrobial agents are sometimes ineffective, and many women have high recurrence rates following treatment (30% at 3 months and up to 50% at 6 months).6 A study7 of women with BV found that an adherent biofilm of primarily G vaginalis and A vaginae persisted at 3 weeks after treatment with metronidazole.

An estimated 50 microbial species inhabit the vagina compared with approximately 800 species in the intestinal tract.8 The vaginal microflora of healthy premenopausal women is generally dominated by Lactobacillus species, especially Lactobacillus crispatus, Lactobacillus gasseri, Lactobacillus jensenii, and Lactobacillus iners.9,10 Factors influencing the vaginal microflora include hormonal changes (especially estrogen), vaginal pH, and glycogen content, as well as the use of topical microbicides.8 Lactobacillus in the vagina has been associated with the following protective roles against uropathogens (including those associated with BV): (1) inhibition of binding of pathogenic bacteria, (2) production of hydrogen peroxide and lactic acid that may limit pathogen growth, and (3) regulation of epithelial innate immunity.11-14 A 2011 vitro study15 found that Lactobacillus rhamnosus GR-1 and Lactobacillus reuteri RC-14 (the clinical research is discussed further herein) are able to incorporate themselves into the biofilms created by G vaginalis and A vaginae and cause disruption of the biofilm and even some killing of the bacteria.

Oral Probiotics for the Treatment of BV

Clinical trials have studied the effects of specific strains of Lactobacillus to colonize the vaginas of women with symptomatic or asymptomatic BV, to reduce colonization of pathogens, and to improve symptoms or signs of BV when they are present. While this article will primarily focus on more recent studies using probiotics as adjunctive therapy with standard antimicrobial therapy, readers may also want to review the excellent meta-analysis published in 2007 by Falagas et al,3 which reviews the data from 10 studies published between 1992 and 2005.

It is notable that the more contemporary research using probiotics for the treatment of BV continues to be divided between intravaginal or oral application. The assumption for many years (and which continues in some circles) is that intravaginal application was the only means to efficiently deliver probiotics for the treatment or prevention of female genitourinary tract infections such as BV. Canadian researchers led by Gregor Reid21 have challenged this assumption with the development of 2 Lactobacillus strains that were isolated from the vaginas of healthy women, namely, L rhamnosus GR-1 and L reuteri RC-14 (previously identified as Lactobacillus fermentum RC-14). Reid and colleagues21 found that oral administration of the 2 strains to 64 healthy women (age range, 19-46 years) for 60 days resulted in a significant increase in vaginal Lactobacillus at day 60 compared with a group taking placebo (P = .05), as well as a reduction in yeast and coliforms in the probiotic group. Although all women in the study reported being asymptomatic at the time of recruitment, 16 of 64 (25%) had asymptomatic BV at day 0. Of those women who did not have BV at baseline, 6 of 25 (24%) receiving placebo developed BV at day 35 and 6 at day 56 compared with none of the probiotic group (P < .05). A follow-up study22 found that oral delivery of the same strains was effective in colonizing not only the intestinal tract (based on fecal analysis) of healthy women but also the vagina.

In a randomized, double-blind, placebo-controlled trial, the efficacy of an oral probiotic combination was studied in women being treated for BV with metronidazole.23 One hundred twenty-five women (age range, 18-44 years) were initially enrolled in the study. All participants received oral metronidazole (550 mg twice daily) from day 1 to day 7 and were randomized to receive 1 capsule containing L rhamnosus GR-1 (1 × 109 colony-forming units [CFUs]) and L reuteri RC-14 (1 × 109 CFUs) or placebo orally twice daily from day 1 to day 30. Chris Hansen, Horsholm, Denmark, supplied the probiotic combination. The primary outcome was the cure of BV as determined by a normal Nugent score, the absence of clue cells, a negative sialidase test result, and no signs or symptoms (no discharge or fishy odor) of BV at day 30.

One hundred six women returned for the 30-day follow-up visit; 88% of women in the probiotic group were cured compared with 40% of women in the placebo group (P < .001).23 Of the remaining 12% of women in the probiotic group, none had frank BV. All had mild irritative symptoms, no discharge or odor, a weakly positive sialidase test result, and an intermediate Nugent score. This contrasted with the remaining 34 participants receiving placebo, of whom half had BV and the other half had an intermediate status. According to the study investigators, 100% of the probiotic-treated patients were no longer diagnosed as having BV, while 30% of the placebo group were positive for BV. High counts of Lactobacillus species (>105 CFUs/mL) were recovered from the vaginas of 96% of the probiotic group compared with 53% of the control group at day 30. No significant adverse events were reported. The authors reporter a higher dropout rate in the probiotic group (n = 16) compared with the placebo group (n = 3). While the investigators suggested that this was due to the patients’ feeling better and assuming they were cured, an intent-to-treat analysis that included these women should have been performed.

A second randomized, double-blind, placebo-controlled trial studied the same oral probiotic combination in 64 women (age range, 16-51 years) diagnosed as having BV.24 All patients were treated with a single dose of tinidazole (2 g) and were then randomized to receive 2 capsules containing L rhamnosus GR-1 and L reuteri RC-14 (each capsule contained 1 × 109 CFUs of each probiotic strain) or placebo orally in the morning for 28 days. Women who reported experiencing recurrent BV were equally distributed in the probiotic group (n = 8) and the placebo group (n = 7).

The role of bacillus in the health of the female genitourinary tract was first described in 1892 by Albert Döderlein. Long referred to as Döderlein bacillus, we now know that the healthy vaginal flora is made up primarily of members of the Lactobacillaceae family. Various in vitro investigations have demonstrated the ability of specific strains of Lactobacillus to inhibit the growth of bacteria, causing BV, inhibiting adherence, and possibly interfering with the formation of biofilms.

The results of more recent clinical investigations suggest that the adjunctive use of probiotics with standard antimicrobial therapy may not only improve treatment outcomes but also prevent recurrence in women with BV. While promising, the data are split between different routes of probiotic administration and among various proprietary strains. With 2 studies demonstrating safety and efficacy, the oral combination of L rhamnosus GR-1 and L reuteri RC-14 seems to be a candidate for future clinical investigations. Larger and longer trials with a focus on prevention are needed in a more diverse group of women to firmly establish probiotics as a viable clinical option for the treatment and prevention of BV. Considering that women with BV have been treated by the same antimicrobial therapies for the past 40 years, as well as the significant rate of recurrence paired with the health risks associated with BV, the further development of probiotics in the management and prevention of BV seems to be a sound investment. 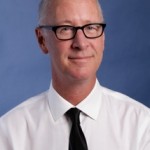 Donald J. Brown, ND is a naturopathic physician and one of the leading authorities in the United States on evidence-based herbal medicine and the safety and efficacy of nutritional supplements. Dr Brown currently serves as the director of Natural Product Research Consultants in Seattle, Washington. Founded in 1990, the organization has provided consulting for companies in the natural product and pharmaceutical industries, as well as education for healthcare professionals. For more than 2 years, Dr Brown served as the vice president of medical and educational affairs for Schwabe North America and its subsidiaries Nature’s Way, Enzymatic Therapy, and Integrative Therapeutics. He is also a former assistant professor at Bastyr University of Natural Health Sciences, Kenmore, Washington. He serves on the advisory board of the American Botanical Council and was a member of the board of directors for the International Probiotics Association for 2 years. Dr Brown has served as an advisor to the Office of Dietary Supplements at the National Institutes of Health.

He is the author of Herbal Prescriptions for Health and Healing (Lotus Press, 2002) and is a contributor to The Natural Pharmacy (Prima Publishing, 2006), the A-Z Guide to Drug-Herb-Vitamin Interactions (Prima Publishing, 2006), and The Textbook of Natural Medicine (Churchill Livingstone, 2006). He is a coauthor and lead editor on 2 product-specific monographs for the American Botanical Council and has been a contributor to HerbalGram. Dr Brown served as the president of the board of directors for the Real Change Homeless Empowerment Project in Seattle from 2003 through 2006. 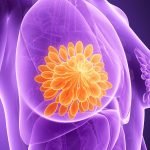