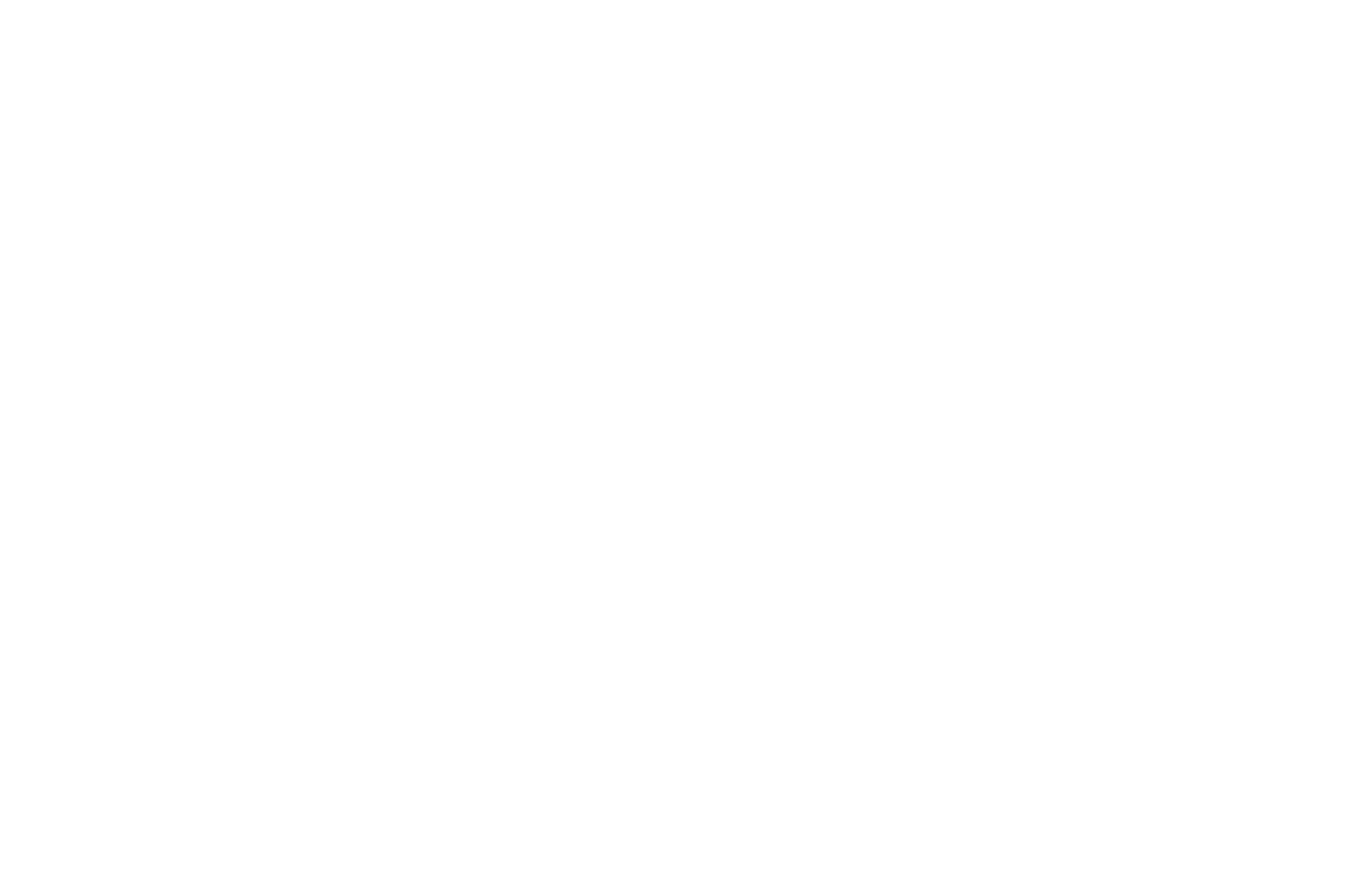 Quite recently I was in Butler, NJ, to confer with local leaders about the huge importance of their little town in our history. Painfully, the only fragments of that special period of Jungborn and the early growth of naturopathy in the Northeast, were 2 small postcards lost in a binder. An expedition into the hinterland of the town – where hundreds of patients came (often from NYC) for naturopathic care, and from whose clinical experiences arose a robust literature about the therapeutic order and natural approaches to health and healing – led us to an abandoned, small valley in the Ramapo Mountains of northern New Jersey. The earlier grounds of Jungborn were bifurcated long ago by a highway. The small river, dam, and walled pond on the grounds, so central to hydrotherapy and other modalities at Jungborn, were overgrown and in abject disrepair. Only the tiniest sprinkle of people living in Butler has any inkling of the astonishing history of that space. Shucks.

George Bernard Shaw famously warned us, as only he could frame such a sentiment, that “we learn from history that we learn nothing from history.” At the same time, George Santayana, the philosopher and poet, equally adept with rhetoric, has something more optimistic to share, that “those who fail to learn from history are doomed to repeat it.” There exist rich categories in the literature of the history of medicine that  our teachers are doing their best to keep top of mind in curricula for the modern era. There are lessons in that history which can definitely help in the current confusion about naturopathic medicine’s legitimate place in the legitimized medical systems in North America.

I’m referencing here not only remarkable achievements, such as the Foundation of Naturopathic Medicine’s TIMELINE, but also systematic study of several strands weaving and hurtling through the history of medicine. When we look closely at the most important aspects of the evolution of medicine, and concomitantly conjugate naturopathic medical education’s record and current trajectories through that record, it’s the historical data and analysis that emerge as wonderfully instructive in navigating the vicissitudes of political, philosophical and economic rivalry. Lessons learned from our history can help our academic leaders and teachers make better sense of that knot of political, social, and epistemological roots which swirl around, manifesting in today’s regulatory, educational, clinical and research challenges.

Learning from Our History

Our naturopathic educators can benefit from understanding the patterns that show up in the historical record of generic medical education. There are parallel paths between the ascendancy of the allopathic professions in civil society and the form and content of medical education that got them there. Key categories from the literature can yield valuable insights:

One who has broadly studied the history of medicine can attest to the substantial and enduring value of the scholarship of medical history, indeed to its very language. Immanuel Kant was so right when he wrote about the density and interdisciplinary interrelatedness of content. Sensing such patterns help us to discern not only momentum, but also what Kant described as “a regular movement” in that continuum. It is complex terrain and often feels chaotic, repetitive, and even exasperating. A high-altitude perspective, though, reveals a steady progress in the end. Translation: the naturopathic profession is in better shape epistemologically and politically than it has ever been. All of our detractors wouldn’t be so vociferous were that not so. And, the internal conflict between “drifting to allopathy” and honoring our “traditional roots” is a symptom, not of a wretched, expanding schism, but of a yearning, like a river for the sea, for continuity and balance in theory and practice. Thought leaders among the allopaths know the jig is up and that they must learn from their history. They too see the cumulative impact of research yanking them out of a reductionist paradigm into a more holistic one. The recent Functional Medicine international forum in early November 2018 in London, for example, had as its theme, the “evolution of medicine,” focusing directly on the need for integrating professional medical systems, modalities, and philosophies. Tough, ongoing work.

During worried moments when I witness the unrelenting bruising efforts of our critics, I am reminded of Machiavelli’s dictum, that “human events ever resemble those of preceding times.” Close reading of the events, people, institutions, and organizations in the naturopathic story will point out the greatest aspect of our history and contribution to the medical profession, that we have been more moral than scientific at times, and that both are strong in our brand, in our identity, and in what our graduates end up doing out in the world year after year. By knowing more about who we were once, and how we got to the present, we are less strangers in the strange land of integrative medicine dominated by orthodox systems, and instead are on more familiar ground. We become more skilled in building our future, having learned from what we endured, especially when we face the unrelenting guild behaviors of the allopathic enterprise and its partners in high tech and pharmacy as they plop obstacles in our path.

Whatever we keep on doing to keep naturopathic medicine robust and relevant, every plan along the way must be informed by what Socrates once called “these several actions with the whole soul.” Specifically, and if we know our history, the “whole soul” of naturopathic medicine cannot be as easily slammed by the reductionist approach to medicine which conveniently forgets and forgives bloodletting and calomel in the same breath as it enables an opioid pandemic.

The at-once highly complex and beautifully simple principles of the medicine are increasingly of interest to healers across the professions. In our work to form the profession, there are 3 imperatives:

Medical education in the 19th century was as much about “moral and intellectual discipline” as it was about professional preparation. As Lisa Rosner puts it, “Education made a good man, whereas medical improvement made a knowledgeable doctor.” (Rosner, 1997, p.147) The depth of information arising from the early research and teaching of Vesalius, Harvey, and von Haller, for example, was not meant for the exclusive use of the medical doctors of their time. As Rosner points out, “medical knowledge was universal.” The historical literature shows that from the Renaissance forward, anatomy was a central subject. By the end of the 17th century, bedside clinical experience joined anatomy as essential in medical education. Hermann Boerhaave, a prominent late-18th-century “medical man” at the University of Leiden, routinely delivered clinical lectures in the tiny ward of St Caecilia hospital (12 beds). This model, more theoretically fashioned than practical, was soon transformed into an apprenticeship design in which medical students were often legally contracted to a “master.” That “attending” doctor, in turn, was a member of the local doctors’ guild, and thus the apprenticeship led to entry to practice. The pattern we see historically is familiar today in our own naturopathic medical education:

The first few years [of a medical apprenticeship] are mostly spent doing small tasks and waiting at table … until [the apprentice] gradually becomes accustomed to wielding the razor, opening veins, applying plasters and at most bandaging a wound or fracture … and [seeing on occasion] a few operations performed by his master. (Rosner, 1997, p.149)

New forms of medical teaching appeared in university contexts (eg, Leiden, Edinburgh, Philadelphia, Gottingen, Pavia, Ingolstadt, Stockholm), most of which we recognize as part of naturopathic medical education structure in our own era. Differentiated “disciplines” emerged (anatomy, surgery, chemistry, botany, physiology, pathology, hygiene, dietetics), since no one “medical man” could master them all. Boerhaave’s dozen beds gave way to universities linking up to hospital wards for instruction … so-called “hospital schools,” the most famous of which were in London. Significantly, the allopathic profession effectively blocked naturopathic medical students from such resources very early on, and persisting well after Flexner; the blurring of “science” with “art” also expanded sharply.

Then came what Schon (1987) has described as prototypical profession education (specifically, basic sciences followed by applied sciences followed by a practicum). As this model expanded, its cost grew exponentially. Enter government and professional bodies and the rapid rise of regulation and control. Alongside this development came, especially in France at the time, the emergence of 2 different kinds of licenses: the doctorate in medicine [only available at approved medical schools] and the “license for Officiers de Santé.” Bifurcation arose from the latter, say, the Heilpraktiker category in Germany and the relegation to “public domain” of certain health providers in America who were excluded from mainstream licensing and credibility as regulation took root and university study coupled with the standardizing of curriculum and assessment. It isn’t hard to see how the orthodox group see themselves as the real deal, and all heterodox providers as subservient.

The Rise of Basic Medical Sciences

The history, then, sheds light on why we have had such a time establishing, say, the CNME, state and provincial licensing, access to state funding for students (Title IV and Stafford loans, for example), and so on. Factored into this dense terrain is the rise in importance in medical education of the basic medical sciences, the skills and content dimensions of which are assumed in the naturopathic profession’s own curriculum design. We joined that process, emulating, for example, the explosion in volume, as well as in breadth and depth of specific training. As a benchmark, Stanford University Medical School grew its curriculum dramatically at the same time as the naturopathic profession hung on in the Pacific Northwest. Stanford added 900 hours to the 4-year medical course, between 1945 and 1960. Each new course, taught by a specialist in the field in the tradition established in the 18th century, attempted to provide students with all a practitioner needed to know.

Inevitably, high-end scientific training took precedence over clinical work for allopathic students. The naturopathic profession prided itself in applied knowledge (manifesting in the long tradition of “elders” who tutored and mentored, often as volunteers, in our fledgling schools in that era). Clinical training became increasingly difficult to access for naturopathic students because the larger context of medical education precluded them from teaching hospitals.

Once again, history teaches us that we have good instincts. As Rosner points out,

Even if clinical training is carried out effectively, a university hospital does not truly prepare students for what they will experience in practice. Patients in a university medical centre are often there precisely because they have serious or unusual ailments; in treating them, students learn little about the most common ailments.  (Rosner, 1997, p.158)

One can connect the dots, with such an historical perspective, to the affinity naturopathic professionals have in states with more robust “licensing” for primary-care physician status. This is despite the accompanying challenge of needing to access high-tech medical centers in order to utilize labs and procedures and the challenge of how to balance prescriptive rights with abhorrence for the dangers of pharmaceutical invasiveness.

Naturopathic professionals worry that treating the patient as a whole human being, that the role of social determinants in understanding presenting conditions, and the power of the third-party reimbursers in defining appropriate care, are eroding the principles which Lust and others in Jungborn a century ago tried for many years to emphasize.

We circle back, then, to the notion that naturopathic professionals continue to see themselves as holding ground that is more moral than scientific; yet, the latter descriptor is increasingly essential in the healthcare landscape, sometimes, though, at the expense of the former. The allopathic profession has protected itself strategically from charges of moral failure (eg, iatrogenic disease, the vaccination debate); however, many of its members understand that their own history has lessons for them too.

Rosner, L. (1997). The Growth of Medical Education and the Medical Profession. In: Loudon, I, ed. Western Medicine: An Illustrated History. New York, NY: Oxford University Press.
Schon, D. A. (1987). Educating the Reflective Practitioner: Toward a New Design for Teaching and Learning in the Professions. San Francisco, CA: Jossey-Bass, Inc. 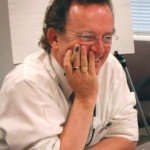 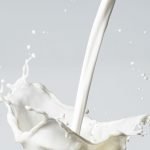 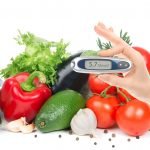 Book Review – Master Your Diabetes: A Comprehensive, Integrative Approach for Both Type 1 and Type 2 DiabetesEducation