Our emerald green, leaf-sitting friend above is known for homeopathic purposes as Cantharis vesicatoria (commonly known as the source of Spanish fly). He has a rather interesting past, as you may have heard, having been used from Hippocrates until the present time to raise blisters, for stink bombs in ancient China, and of course to “encourage mating” in livestock.

Boericke (Homeopathic Materia Medica and Repertory 1927) says: “This powerful drug produces a furious disturbance in the animal economy, attacking the urinary and sexual organs especially, perverting their function, and setting up violent inflammations, and causing a frenzied delirium” resembling hydrophobia.

It sets up a violent inflammatory state with a crazy itch in the genitals that just begs for a scratch. At the same time, it excites the sexual desire and voilà: the encouragement to animal husbandry.

Now to Our Patient!

Hannah is a lovely, intelligent lady in her mid 30s and not at all green. Despite this, she did in the course of treatment develop an abscessed tooth and became the proud owner of a brand-new root canal.

As occasionally happens, she contracted a postsurgical infection. She was then blessed with antibiotics.

Her tradition in dealing with these medications is to manifest a resounding vaginal discharge. It becomes persistent and very uncomfortable (lots of past history): “There is a burning inside and an itch on the outside. The discharge is pasty white-cloudy.”

I repeated her words back to her using a mirroring intonation and tagging the statement with “and is there anything else about that experience when it’s just like that?” Questioning in a skillful way is vital in drawing out the full experience of illness.

Homeopathy is the medicine of experience, the altered condition of life that illness actually is. Hahnemann (Organon) says that vitality confers “feeling (sensation/emotion) and function” to the organism. Disease symptoms ultimately express themselves as altered feeling and function. The goal of a well-taken case is to characterize that altered experience to a depth of expression that clearly identifies the proving of the needed medicine, the language of nature.

Hannah just spontaneously looked down and then back up at me after a slight hesitation and said: “I would love to have intercourse just because of that itch inside.”

This was a recurrent problem I had unsuccessfully prescribed for in the past. But somehow this statement hit my thick head, creating a thud that managed to jar a memory of Cantharis.

My critical mind woke from a long stupor, saying “No, Cantharis is for urinary tract infections and not this.” However, von Bönninghausen (Therapeutic Pocketbook) tells us that a genius symptom of a remedy can recur across tissues and complaints.

This needs a bit of looking into. Allen (The Encyclopedia of Pure Materia Medica) says: “Burning in the vagina, with a thick, white discharge.”

All this is based on the declaration of the patient in terms of the most emphatic changes in her life experience regarding this trouble. I prescribe Cantharis 200 (2 pellets), with a repeat in 2 days if there was no marked improvement.

The trouble vanished within a few days. To quote the patient, “It worked like a charm.” I could have added that it was a little green charm.

These days, most of us as physicians are seeking out “protocols” and “evidence-based medicine” (for more protocols). We want substantiation of our prescription in “science.”

What could be more scientific than this? What could point more precisely to the needed medicine in view of the “law of similars”? This symptom has been known as being peculiar to this remedy since antiquity.

After all, it worked for the Marquis!

Joe Kellerstein, DC, ND graduated as a chiropractor in 1980 and as a naturopathic physician in 1984. He graduated with a specialty in homeopathy from the Canadian Academy for Homeopathy, and subsequently lectured there for two years. He also lectured in homeopathy for several years at CCNM; for eight years at the Toronto School of Homeopathic Medicine; and for two years at the British Institute for Homeopathy. Kellerstein’s mission is the exploration of natural medicine in a holistic context, especially homeopathy and facilitating the experience of healing in clients.  For the past five years, Dr. Kellerstein has lectured for his own post-grad course in homeopathy,Homeopathy by the Book. The book is the Organon, and the course mission is to develop excellence regarding the basics of homeopathic prescribing; case taking; repertory; Organon as applied to real-life practice; and case analysis skills via modeling the masters. The course runs seven weekends per year for three years; distance learning is available (via digital recordings of weekend sessions). Students can preceptor in Dr. Kellerstein’s clinic, and mentoring is available. 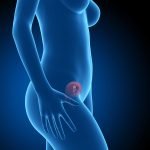 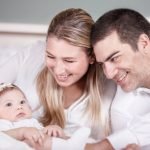