The Desire for Long Life

According to the American Academy of Anti-Aging Medicine,1 the definition of anti-aging medicine is based on a specialty founded on the application of advanced scientific and medical technologies for the early detection, prevention, treatment, and reversal of age-related dysfunction, disorders, and diseases. It is a healthcare model promoting innovative science and research to prolong the healthy human life span.

The desire for longevity can be found chronicled in Indian medical literature as far back as 600 ad by the medical writer Vagbhata. He wrote one of the greatest syntheses of Indian medicine, called Astangahrdaya (The Heart of Medicine). The first chapter of his book is a summary of Ayurvedic medicine; for those who desire to live a long healthy life, it is suggested that they pay special attention to the teachings of this type of medicine.

Ayurveda is one of the most ancient systems of medicine known today. The origin of this science of life (ayu meaning life and veda meaning knowledge) is difficult to pinpoint but has been dated by scholars of ancient Indian Ayurvedic literature at around 6000 bc. Ayurveda is a holistic science of balance and health, with disease seen as an imbalance and its treatment involving diverse strategies to restore optimal function and balance. Using nutrition, yoga, exercise, complex integrated herbal formulas, and surgical techniques, the Ayurvedic physician treats the whole person, removing disease by ending the imbalance that created it.

Ayurvedic medicine has a specific branch of medicine for rejuvenation and virilization in which the main purpose is to maintain health as we age by keeping the sexual organs healthy and by avoiding the transfer of defective genes to our offspring. We all age, but life ideally should not be complicated by diabetes mellitus, hypertension, autoimmune disorders, obesity, cancer, and other disorders. We can aspire to age gracefully, without experiencing disease.

The word for rejuvenation in Ayurveda is rasayana, which means to walk the path of rasa. To walk this path, you must purify and nourish your body. Rasayana is a core concept that is followed in Ayurveda in the prevention and treatment of diseases, in aging, and in daily and seasonal regimens.2

The following is a recommended daily routine to promote longevity:

Use a commonsense approach to seasons. During the summer, dress lightly, eat fruits and vegetables, and drink lots of fluids to prevent dehydration. During the winter, dress heavily, and keep your vital organs like the heart and lungs warm. Add more nuts and seeds to your diet to get extra oils and energy for the winter, and lubricate your skin with oils or cold creams. In the spring, dress neither too lightly nor too heavily. It is the season for allergies, so avoid mucus-producing foods like excessive sugar, dairy products, and fried and heavy foods. Also, fasting on vegetables, fruits, and rice proteins can be helpful. The autumn season is considered best for cleansing.

Aging has been a topic of research for decades. Many different mechanisms of aging have been proposed. According to a 1997 article in the Indian Journal of Medical Sciences,3 the following theories on aging exist:

Panchakarma is a detoxification program at the cellular level. Over time, we accumulate toxic materials in our bodies that lead to disease. We can eat healthily and perform yoga, exercise, and meditation, but the mind may have a greater role in the disease process, which is why panchakarma is advised. These treatments mimic the body’s natural ways of detoxification. The program is divided into 3 phases. The preparation for detoxification is poorva karma. Next is panch karma, which involves 5 methods of cleansing. This is followed by pashchtya karma to help restore the function of the body to its natural state with rejuvenating Ayurvedic herbs called rasayanas. A few are listed below:

Research on ashwagandha has shown that it is a stress adaptogen, promotes healing, acts as a diuretic, and has anticancer properties. I have used ashwagandha extensively in my practice to treat insomnia, fatigue, stress, depression, anxiety, and cancer.4-6

Amla is an excellent rejuvenator. It has powerful antioxidant properties and protects from the toxic effects of heavy metals like nickel, cobalt, arsenic, and mercury. Amla has demonstrated protective characteristics against toxic or carcinogenic chemicals. It also has powerful anticancer properties and has been used as an adjuvant in cancer therapy to reduce the adverse effects of chemotherapy and irradiation.7

Sitawari has tonic, adaptogenic, alterative, and aphrodisiac properties. It has been used to treat debility, as well as chronic diseases like infertility, impotence, menopause, lung abscesses, and chronic fevers.8

Another prized Ayurvedic adaptogen is Trifal, which is a combination of 3 herbs (Terminalia chebula, Terminalia billerica, and E officinalis). The combination is synergistic and has digestive and eliminative actions. It has antiparasitic, antiyeast, antibacterial, and antihistaminic properties. In addition, Trifal improves the flow of bile, lowers cholesterol concentrations, and can be used as an adjuvant in chemotherapy and irradiation.9

Shilajeet mumiyo is a rich source of naturally occurring minerals. Russian athletes used it as a nonsteroidal bodybuilder agent and a stamina enhancer. Ayurvedic medicine considers it an aphrodisiac, a tonic for kidneys and prostate, a benign prostate enhancement, and an immune aid.10

Pippli assists in digestion by enhancing acid and enzyme secretions. Pippli significantly increases the absorption of nutrients, herbs, and drugs and has shown antiallergic, antiasthmatic, and powerful antiparasitic actions.11

Aging is multifactorial, and there is no stopping this process in its tracks. Ayurvedic philosophy is not about rejecting aging but about finding a balance in our mental, physical, and emotional self that will help us naturally progress in an elegant and graceful manner and live a vital, abundant, and meaningful life. 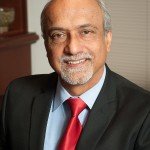 Dr Virender Sodhi was born in Himachal Pradesh, India. From an early age, Dr Sodhi knew that he wanted to be a physician and would go to the village physician feigning illness to procure remedies that he could take home and put into his “doctor’s kit.” This passion for healing led him to receive an MD degree in Ayurveda from Dayanand Ayurvedic College in Jalandhar, India, in 1980; he came to the West in 1986 to share Ayurveda as part of a cultural exchange program. In 1988, he graduated from Bastyr University with an ND degree, becoming the first Ayurvedic ND in the United States. Dr Sodhi treats thousands of patients from the United States and around the world. He lectures extensively throughout the United States and other countries, including New Zealand and Australia, and conducts classes and seminars in Ayurvedic medicine. He also writes regularly about the latest Ayurvedic science updates and has been featured in the Townsend Letter, NDNR, and many other publications. Recently, he was appointed as an official adviser on Ayurveda to the government of Australia. Dr Sodhi is chief executive officer of Ayush Herbs Inc and brings a fervent passion for the wisdom of Ayurveda to his practice and his personal life. It is that passion that drives him to continually develop new formulations using the latest research and technology available. In his free time, Dr Sodhi is avid about his regular workouts, loves to be with his family, and enjoys cooking and outdoor activities, such as hiking, boating, and picnicking. He is a deeply committed member of his church and community. 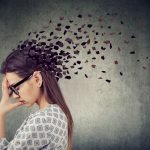