Dialing Up the Vis, Part 3

This is the third part of a 3-part article from The Vital Conversation that took place on June 22, 2016. It is part of a new series of articles in NDNR that is based on transcripts of conversations that occurred on Wednesdays for several years and were hosted by Jim Sensenig, ND, and other senior vitalists. In this lightly edited transcript (by Emily Kane, ND), Dr Sensenig continues a discussion of working with the vital force, and describes how this work defines and differentiates naturopathic physicians.

We can’t always maintain the optimal, shiny version of ideal health. Sometimes we get run down; that is to say, the vital force gets disturbed to the point where the body causes the vital force to react in a corrective way. That’s what we call acute disease. When the disturbance is continual and we can’t seem to bounce back, that’s when the vital force kicks in. A visual analogy that might work is persistently punching a kid’s inflatable boppy toy, with the ballast in the bottom, until it can’t return upright. The vital force responds in order to correct the problem, in order to bring the individual back to balance, and those corrective responses are relatively robust – they can even be quite violent (inflammation, vomiting, diarrhea, cough, etc) – and such symptoms are all designed to expel something from the body in a corrective way.

Lindlahr would tell us that acute disease is always a reaction on the part of the vital force towards restoring normal function.1 It is a healing and cleansing effort to restore the body to normal. We use those words in the vitalistic culture. When somebody is sick (acutely ill), we say they are run down; we say they are burned out; we say they have too much stress, too much going on. We’ll advise them that the remedy is rest, taking time off, quitting school, getting divorced, finding a better job – whichever are the appropriate actions to unload the stressors on the system. We know, with a deep intuition, that under those improved conditions, the vital force – which is innate within the body – has the wherewithal to correct the problem.

If you’re a medical doctor, you intervene with medicines, usually pharmaceuticals, to stop the symptoms. This is a completely different approach. If you’re a naturopathic doctor, you want to assist the body in its recovery of balance by using the symptoms as an indication of what the body is trying to do.

If a patient is acutely ill, and you help them recover their balance point, we can say the patient has recovered. That is what Lindlahr would describe as the vital force ascending over the disease conditions.

There’s another possible outcome, which is that one cannot mount a sufficient healing reaction because the vital force is not strong enough. If the patient cannot mount an adequate response to restore normal vitality, then the patient continues to live with the disturbance, with ensuing adaptations.

That is what we call chronic disease. When you are chronically ill, you are, by definition, not able to get well.

You can be too sick to be sick – meaning, if you’re chronically ill, you are not strong enough to mount the acute corrective reaction. So, somebody who is chronically ill is too ill, by definition, to have an acute illness.

That leads us to 2 other interesting phenomena. If and when the individual begins to increase his or her vitality by the fundamental vitalistic methods (diet, sleep, remove obstacles, etc) and is moving in the direction of normal function and structure again, they should reach the point where they can become acutely ill again. They become strong enough to mount an acute corrective reaction.

That is called a healing crisis.

Anyone who is chronically ill, who is moving in the direction of restoration of health and a dynamic equilibrium must, at some point, become strong enough to be acutely ill.

A disease crisis, by contrast, is the opposite phenomenon, in which an acute reaction – the body trying to correct things – fails to restore health, and the patient’s vitality is further lowered, creating a chronic condition. That phenomenon is said to be a disease crisis.

A healing crisis and a disease crisis and an acute new illness all look the same because they all are acute, or they involve an acute phenomenon. You do not know which is which, except in the context of that patient, including that patient’s history and their health trajectory.

In contrast to conventional medicine, where what you see is what you treat, it makes more sense, from a vitalistic perspective, to understand when the illness is occurring within the context of the patient’s life. We don’t just treat the symptoms as they have been presented to us that day.

If you are chronically ill, and you get your health back, you must go through a healing crisis. That is not the same phenomenon as an aggravation of the symptoms. A healing crisis is the acute, corrective reaction on the part of the body to reestablish health when it has enough vitality to do so.

Defined by Philosophy, Not Modalities

The Vis Medicatrix Naturae is defined specifically in medical dictionaries, from as early as 1865, as a power presiding in the living body that possesses the faculty of resisting, to a certain extent, the effects of diseases, and also the ability to stimulate the restoration of health.

How do we stimulate the Vis? Lindlahr describes 4 basic principles:

These are simple categories. But that is what our modalities do, whether you’re using acupuncture, remedies that are homeopathic and specific to the case, doing hydrotherapy or physical medicine, or offering good clinical nutrition and supplementation recommendations. All of those modalities stimulate the vital force, either through enhancement or correction.

When a patient is burdened with too many toxins, he or she is going to have a diminished vital force. So, if you detox somebody – and many modalities can help achieve this goal – you’re going to increase their vital force.

This is why naturopathic medicine is not defined by its modalities. It’s defined by the philosophy of healing, where the modalities are moving people in the direction of healing.

Last week, I heard about a patient who had Barrett’s esophagus and hypochlorhydria. My colleague chose to use hydrotherapy, dietary changes, and remedies homeopathic for the case. The Barrett’s was completely eradicated (per follow-up endoscopy).

There is an old joke where early in practice you have a patient who is chronically ill; they have not felt well for a long time. They come in with heart disease or diabetes, or whatever. You work with them for a few months. And this is the patient who calls you on the weekend, in the evening, or when you’re at the movies or something, when you least expect it. They’re in the bathroom and they are barfing their guts out, and they are saying something like, “Doc, I’m really sick. I don’t remember ever being this sick. Are you sure you know what you’re doing?”

That’s when you have to talk them into hanging in there. That’s when you get off the phone and say to your partner, “YESSS!!! We’re there! We got it! That was exactly what I was looking for!”

I’m going to try and paraphrase something I heard a colleague say recently: “You have to remember that you were chosen by this profession.”

Think about that for a second. Think about the implications, and then take it any way you want. All of us who are doing this work have found our way into a profession that is completely and distinctly different in terms of how disease is thought about and treated in our culture. Presumably our approach can produce better outcomes. And it seems in some ways magical, because the kinds of results that we get would be considered miraculous or magical if they were happening in our culture on a regular basis.

We have the extraordinary and unique privilege to be exposed to the knowledge of many centuries of healers who have understood, and worked with, the vital force before us. Our elders have observed this phenomenon of healing and understood it in a way that very few people do today.

You can think of being a naturopathic physician as just having another job, or doing natural stuff, or getting on the bandwagon of the change in the public attitude about medicine. Or, you can think about the profession that chose you as one of the greatest privileges in your life, and dedicate yourself to helping in a way that few other people are able to do.

For me, being a vitalistic physician is a privilege and something for which I will always be grateful. We owe it to ourselves and our patients and, for that matter, the generations of future patients, to hone our skills as much as we can, and to be the best physicians that we possibly can be. 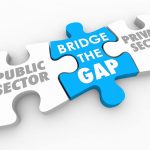 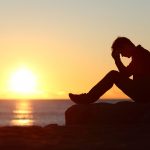