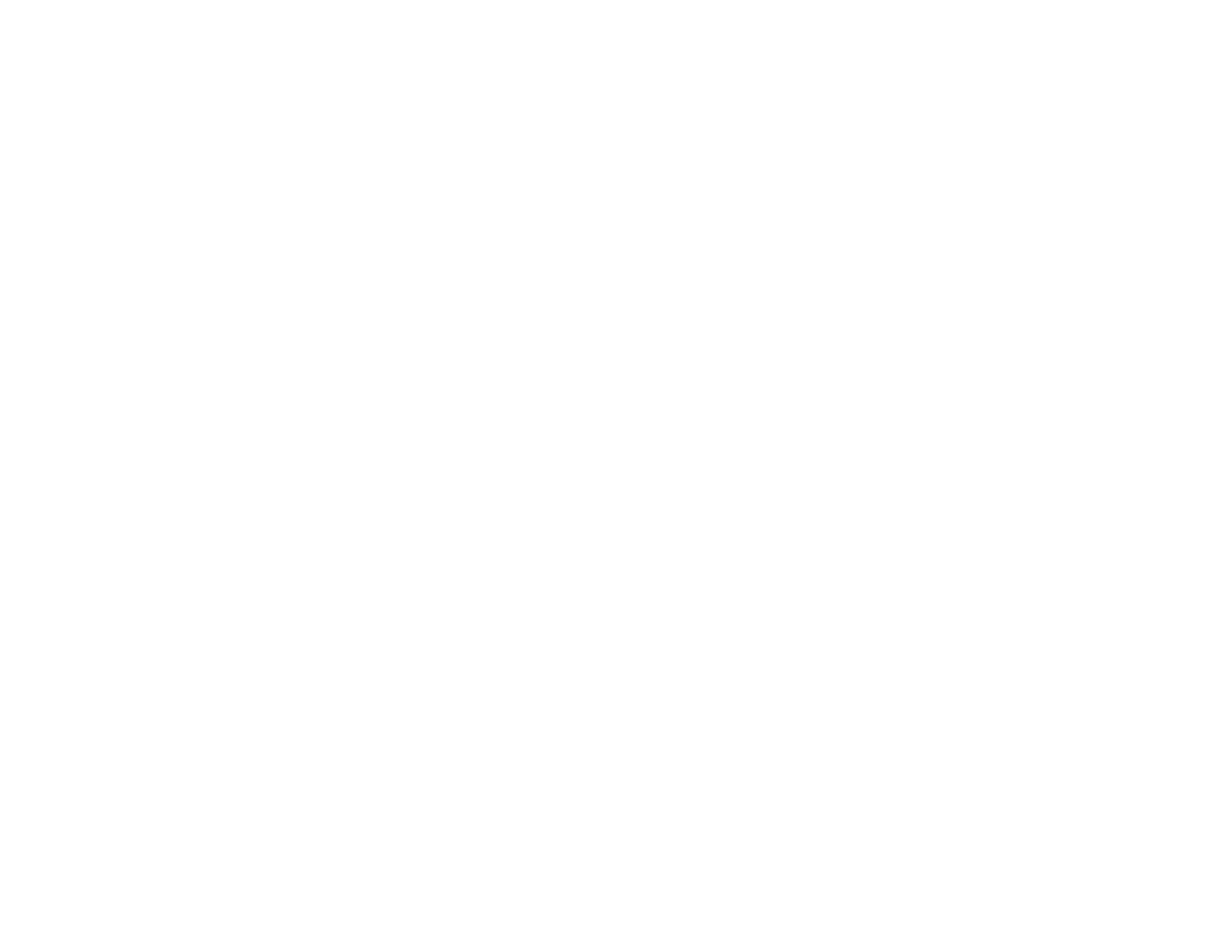 One of my irreverent colleagues has a comical view of organ relationships, loosely based on Chinese medicine. The liver is like the eldest child: a resilient, responsible, overachiever who can bounce back after just about anything. The kidneys are like middle children: they work so hard taking care of everyone, are underappreciated, largely taken for granted, or even ignored, and one day, just give up. Whereas the heart and colon are like the youngest child: any little thing goes wrong and they have all the attention. Humorous as that is, it is a reminder of how delicate the kidneys are, and how detection of early injury is difficult and often unrecognized until there is an overt change in functioning. Even in med school my experience was that kidneys were given much less attention than the bladder, prostate, and adrenals which seemed to be discussed in great detail. The kidneys again were marginalized, perhaps because treatment is limited. They are a completely unappreciated organ until they no longer work, and as the eldest child, I endeavor here to consolidate information in order to do justice to this fragile and sometimes forgotten organ.

Earlier this year I attended a chelation seminar in which we reviewed the proper use of EDTA. The correct dosing for Ca-EDTA is 50 mg/kg, with an upper limit of administration being 3 gm. As I did some quick math for my own weight, I found the dose to be just shy of the 3 gm cutoff. Many of my patients, however, weigh twice as much as I do. When I considered how it could be possible that the largest safe dose to be given is for a 132 lb person, I was reminded that the dosage was dependent on the kidneys. If I wanted to chelate a 330 lb offensive lineman, his weight-appropriate dose would be 7.5 gm of Ca-EDTA. I had trouble understanding how giving less than half the dose was appropriate. Theoretically, even chelating my brother, at 190 lbs, would require 4.3 gm.

I was reminded that kidneys do not vary greatly in size despite the size of the patient. And when administering powerful chelating agents, the kidneys must be taken into account and protected. If chelators must be used judiciously because of possible kidney damage, what about pharmaceutical treatments? I came to the conclusion that the population is possibly experiencing rampant, undetected kidney damage, in part due to medication regimens and a slow march to morbid obesity.

According to the National Summit on Obesity conducted by the AMA in 2004, from 1991 to 2001, the percentage of obese Americans increased by 74% (AMA, 2004). This rate represents 44.3 million adults who are at increased risk for such obesity-related illnesses as cardiovascular disease, diabetes, arthritis and asthma (Mokdad et al., 2003). In addition, approximately 15 percent of children and adolescents between the ages of 6 and 19 years are overweight (HHS, 2002). Data from the CDC shows greater than one third of American men and women are obese. A state by state progression of population percentage of the obese from 1985 to 2007 can be found on their website (CDC, 2009).

A friend of mine is a pharmacist at a trauma unit. She related a story to me about a 600 lb man with cellulitis, being treated with vancomycin. The upper limit of dosage for vancomycin is based on a 70 kg person, or 154 lb adult. Six hundred pounds is equal to 272 kg, almost four times the weight upon which the upper limit dose is calculated. For patients with high kidney clearance, vancomycin can be dosed at 10 mg/kg, or for our 600 lb patient, 2,720 mg, but the upper limit dose is 500 mg every 12 hours, and slowly, or the kidneys shut down (Gutierrez, 2007).

Granted, a 600 lb man is an anomaly, at least presently, but considering the rocketing obesity rates, many allopathic treatments are less effective and more dangerous because the kidneys do not increase in size and function proportional to weight. This clinical dilemma ignited my curiosity concerning providing alternatives for obese patients, but with further research I found that much of the population may be incurring kidney damage, and sought to find how we, as NDs, can both detect and prevent damage. Medications that can cause kidney damage include diuretics, antihypertensives, immunosuppressants, antiplatelet agents, antivirals, chemotherapeutics, antibiotics and radiocontrast agents (Choudhury and Ahmed, 2006).

In fact, the toxic effects of medications are common and even expected as the kidneys play a key role in plasma filtration and metabolic homeostasis. The renal vascular bed is exposed to a quarter of the cardiac output and therefore high levels of medications and their metabolites. Damage to kidney structure and function can result from hemodynamic changes, direct injury to cells and tissue, and inflammation, as well as obstruction of renal excretion (Choudhury and Ahmed, 2006).

Several classes of drugs can cause acute renal injury, and are frequently associated with prerenal azotemia (Wilcox, 1999). The wastes build up to toxic levels and damage tissues. When loop and thiazide diuretics are used in combination, massive blood volume changes are observed (Sandhofer et al., 2002). Vasodilators also can cause a sudden drop in blood pressure, and if there is any cause for a significant decrease of blood volume due to trauma, vomiting, diarrhea, or excessive sweating, subsequent renal vasoconstriction can lead to tubular necrosis. Even more alarming, nonsteroidal anti-inflammatory drugs (NSAIDs), cyclooxygenase (COX) inhibitors, angiotensin-converting enzyme (ACE) inhibitors, calcium channel blockers, and angiotensin-receptor blockers (ARBs) all impair the body’s ability to regulate kidney perfusion because they function in part as inhibitors of vasodilation and vasoconstriction, which is how the juxtaglomerular apparatus regulates renal blood flow (Choudhury and Ahmed, 2006). I find this to be especially alarming considering that the entire population is encouraged to take an aspirin a day for disease “prevention”, and 31.3% of the population is under pharmaceutical treatment for hypertension (CDC, 2008).

The above mentioned medications can cause prerenal injury, and resulting damage in the kidneys can show clinically as benign urine sediment, a fractional excretion of sodium less than 1% and urine osmolarity > 500 mOsm/L.

L-arginine has been shown to increase nitrous oxide (NO) production in vasculature that is inhibited by asymmetric dimethylarginine – an L-arginine analogue that inhibits NO formation and thereby can impair vascular function; L-arginine can restore proper vascular function (Boger and Ron, 2005) and decrease blood pressure elevated via arterial constriction (Rajapakse and Mattson, 2009). In addition, administration of L-arginine and antioxidants stimulates the NO pathway to ameliorate the progression of kidney failure. According to Alan Gaby, effective supplemental doses found in the research are between 500-9,000mg/day (Gaby, 2007).

In addition, Khosh and Khosh did a wonderful job documenting research for natural remedies for hypertension, I have condensed their findings as follows: 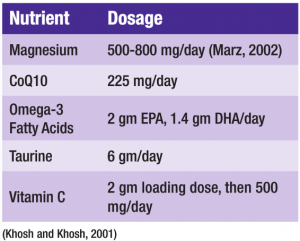 Naturopathic treatments for inflammation include addressing food allergies, which often play a role in autoimmune and inflammatory conditions. Nutritional interventions of zinc, 50 mg TID, and copper, 2-4 mg per day, help mediate the immune response (Gaby, 1999). Essential fatty acids may take 2-6 months to manifest results at dosages between 1-10 gm/day depending on severity, but studies repeatedly show effectiveness in alleviating pain and inflammation (Roxas, 2005). Vitamins C and E have been found to mediate inflammation even in doses as low as 500 mg and 200 IU daily, respectively (Barker et al., 2009). Based on the literature, bromelain at a starting dose of 750-1000 mg/day has shown the best results for most inflammatory conditions (Kelly, 1996).

Heparin, warfarin and streptokinase may cause intrinsic renal injury due to cholesterol emboli effects and may present clinically as fever, microangiopathic hemolytic anemia, and thrombocytopenia. Renal injury from lovastatin can be detected on labs as elevated creatine phosphokinase (CPK) and urine sediment.

In a recent study of one month duration vitamin E at 900 mg daily lowered platelet activation in hypertensives (Guagnano et al., 2009). Ginger inhibits arachidonic acid metabolism and functions both as a blood thinner that does not prolong bleeding time, and an effective anti-inflammatory for pain (Thorne, 2003). Garlic functions as an anti-thrombic and lipid-lowering agent at doses of 200 mg, TID. (Blumenthal, 2003).

I have clinically found that an IV infusion of nutrients is highly effective in stimulating the immune system to fight infections.

My personal basic IV protocol is as follows:

Say a patient is in chronic pain, and rather than acupuncture, manipulation or prolotherapy, he opts to take NSAIDs daily because he read that a baby aspirin is the number one way to prevent disease, and he thinks he is doing his health a favor. Aspirin, unfortunately, is likely to cause stomach irritation. Fortunately, omeprazole is now available over the counter. But now the patient is not absorbing most of his nutrients, and his immune system may suffer. When he feels sick, he goes to the doctor and an antibiotic is prescribed even though his infection is probably viral. At this point the patient doesn’t get better, and since his health seems to be deteriorating rather than improving, his doctor next prescribes furosemide and atenolol because his blood pressure has jumped into the danger zone. Alas, this patient has become impotent, and turns to the bottle for comfort. In addition to taxing his liver, brain, heart, gut and immune system, the kidneys are under barrage, all leading to damage to the kidneys that will probably go unnoticed.

The prevalence of chronic kidney disease in American adults over twenty years of age was calculated to be 13 percent from 1999-2004. (NIH, 2008) Diabetes and hypertension are the two main contributors and both are increasing in incidence in the American population. L-glutamine has been shown clinically to improve glomerular filtration rate. Oral dosing of L-glutamine used to increase renal function is 2 gm TID, but intravenously we bypass the ravenous columnar cells and can therefore use a lower dose; 10 cc of 30 mg/mL will fit nicely into the previously mentioned IV.

The naturopathic treatments for hypertension, viral and bacterial infections, and inflammation would not cause the detrimental effects in the kidneys. Once again, naturopathic medicine can be there to offer alternatives without side effects. 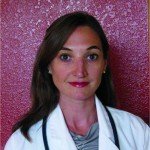 Heather Aura Wdowin, NMD, CH is a general practitioner specializing in endocrinology and sports medicine. She is a Certified Hypnotherapist and implements this mind body medicine into her practice along with herbal medicine, acupuncture, homeopathy, prolotherapy and other injection techniques, supplement programs, and IV therapies. Dr. Wdowin treats pro athletes to optimize their performance naturally, and the same knowledge and expertise lend her deftness when treating debilitating diseases and pain. Dr. Wdowin graduated from Cornell University with a BS in Neurobiology and a concentration in Sociology in an attempt to understand nature vs. nurture in the creation of human consciousness. She earned her NMD from SCNM in 2006, and her Hypnotherapy Certificate from SWIHA. Dr. Wdowin is currently an adjunct professor at South Mountain Community College where she teaches anatomy and physiology. 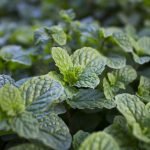