Bipolar disorder is a complex illness that affects approximately 2% of the Canadian population and affects males and females in equal numbers.1 Currently, typical treatment protocols for bipolar disorder include lithium, anti-psychotics, and cognitive behavioral therapy. Naturopathic medicine can offer significant value in managing the symptoms of bipolar disorder and treating the side effects of pharmaceutical interventions. This article reviews the evidence available for dietary changes, lifestyle counseling, nutraceutical and orthomolecular treatments, as well as acupuncture, to treat the symptoms of bipolar disorder. Interventions to manage lithium-induced nephrotoxicity and antipsychotic-induced metabolic changes are also explored.

The cause of bipolar disorder is multifactorial, but there seems to be genetic components, biochemical components (neurotransmitters, hormones), and anatomical components (brain structure).2 Bipolar diagnosis has been linked to circadian rhythm changes, substance use, trauma, and social/family support difficulties,2,3 Recent research has also identified connections between microbiome composition and bipolar diagnosis.4 People with the disorder are at increased risks of anxiety, substance abuse, or other mental illnesses.5

Current treatment for bipolar mania typically involves lithium or divalproex, used either as monotherapy or in combination with atypical antipsychotics.5 If patients are in an acute depressive episode, lithium is the first-line treatment, sometimes along with a selective serotonin-reuptake inhibitor (SSRI) or bupropion. Lamotrigine, lurasidone, and quetiapine are also considered first-line treatments for bipolar depression.5 Patients with bipolar also commonly benefit from group and individual psychotherapy.6,7

Several nutraceutical and orthomolecular therapies exist to adjunctively treat symptoms of bipolar disorder. This review will cover the available evidence for naturopathic approaches to treat this illness as well as to help manage side effects associated with pharmaceutical treatments, in particular lithium therapy.

According to the Diagnostic and Statistical Manual of the American Psychiatric Association (DSM-V), bipolar disorder has 2 components: depressive episodes and manic episodes.8

Depressive episodes are characterized by depressed mood for most of the day or loss of pleasure, plus at least 4 of the following: insomnia or hypersomnia, weight changes or changes in appetite, fatigue, psychomotor agitation or retardation, guilt or feelings of worthlessness, impaired thinking/poor concentration or difficulty making decisions, and suicidal ideation. For diagnosis, these symptoms must last for at least 2 weeks.8

Manic episodes are characterized by abnormally and persistently elevated or expansive mood or irritability and increased goal-directed activity, plus at least 3 of the following: grandiosity, increased talkativeness, excessive involvement in pleasurable activities (that may have unpleasant consequences), decreased sleep requirement, distractibility, and flight of ideas.8 The DSM-V notes that if the mood is primarily irritable, the patient should have at least 4 of the aforementioned additional criteria. These symptoms must last for at least 1 week.8 Manic episodes may include symptoms of psychosis.8

Hypomania exhibits the same symptoms as mania; however, the symptoms are milder in nature and not debilitating to the patient and there are no psychotic symptoms.8 Hypomania symptoms must be present for at least 4 days.

Mixed episodes are present when the criteria are met in full for either a mania/hypomania episode or a depressive episode and the patient also has at least 3 features of the opposite episode (depression or mania, respectively).8

Bipolar disorder is typically diagnosed through symptom assessment according to the DSM-V. Clinicians should also speak with the patient’s friends or family members about symptoms of mania, in particular.8 Given the variability in presentations of bipolar disorder, it is important to consider differential diagnoses, including schizophrenia (if psychotic symptoms are present), unipolar depression, and borderline personality disorder.5,8

With mood fluctuations being a hallmark of bipolar disorder, emphasizing stability and routine is important for not only preventing mania and depressive episodes, but also for helping patients feel more in touch with their mood changes so that they can seek support of their healthcare provider sooner. Going to bed and waking up at the same times every day is highly important, as is regular meal schedules. Patients often experience changes in appetite in both manic and depressive phases. Low blood sugar leads to fatigue, irritability, and anxiety, as well as physical symptoms like shakiness or headaches.

Social interactions are important in order feel supported emotionally and to have a sense of community. Social activities that do not interfere with regular bedtime routine or involve alcohol and drug use are preferred. Support groups specifically geared to folks dealing with bipolar disorder can provide coping resources and validation, but even book clubs, bowling groups, team sports, and other similar activities provide a sense of community as well as commitment to a regular scheduled activity.

Like social interactions, many patients feel better when they have a meaningful job that provides them with a fruitful income and a sense of purpose. Having excessive free time or a lack of structure can foster mood changes. If working full-time is not attainable, part-time work, volunteer work, or even just a regular hobby can provide benefit.

Managing sleep is one of the most valuable lifestyle interventions naturopathic doctors can offer their patients. Poor sleep can induce mania episodes and also contribute to irritability, poor stress tolerance, and lack of productivity.2

Patients experiencing psychosis will benefit from healthy dietary changes, especially if offered in the format of a group program.11 Dietary interventions, such as a modified Mediterranean diet, have mood-supporting benefits12 and likely minimal risk of inducing mania.

Several nutraceutical and orthomolecular interventions have been studied for use in bipolar disorder, including omega-3 fatty acids, inositol, N-acetylcysteine, coenzyme Q10, and folic acid. See Table 1 for details.

The evidence for significant benefit from acupuncture for either mania or depressive symptoms in bipolar disorder is lacking.24 However, uncontrolled trials have demonstrated minor benefit for bipolar depression, as well as an excellent safety profile.25 Moreover, acupuncture may help manage comorbidities such as anxiety,26,27 insomnia,28,29 and substance abuse.30–32 As mentioned above, having regular time set aside for self-care contributes to the overall well-being in patients with bipolar disorder. No one acupuncture protocol in particular shows significant value over others.33

The usage of naturopathic interventions to manage anxiety, insomnia, and substance abuse is beyond the scope of this article. However, interventions such as lavender oil,34 L-theanine,35 and melatonin9,10 should be explored. The most important caution when treating comorbidities of bipolar disorder is inducing a manic episode. Accordingly, Hypericum perforatum (St John’s wort), 5-hydroxytryptophan (5-HTP), S-adenosylmethionine (SAMe), Rhodiola rosea, and other treatments that work to increase serotonin levels should be avoided in the treatment of bipolar comorbidities.

As mentioned, lithium therapy is a first-line intervention in the management of bipolar disorder.5 As such, many patients seeking adjunctive naturopathic care will already be taking lithium. One of the most common side effects of routine lithium therapy is chronic kidney disease, with 21% of patients showing a reduced glomerular filtration rate (GFR) after 15 years on lithium.36 Another study found that patients on lithium therapy required kidney transplants due to end-stage kidney disease at rates 6 times that of the general population.37 The amino acid N-acetylcysteine was shown in a rat study to help mitigate the harmful effects of lithium on the kidneys.38

Lithium has also been known to induce hypothyroidism in up to 47% of patients.39 The mechanism for this is unclear; however, studies suggest that lithium may inhibit the secretion of T3 and T4 from the thyroid gland or increase intrathyroidal iodine content.40,41 Lithium treatment is also associated with elevated anti-thyroid peroxidase (anti-TPO) antibodies.42 As such, a full thyroid panel including TSH, T3, T4, and anti-TPO is worth running prior to the start of lithium therapy and a year after the onset of lithium therapy.

Managing Risks of Other Therapies

Patients are commonly prescribed anti-psychotics to stabilize their mood or manage psychosis. All anti-psychotics have the side effect of weight gain and metabolic changes; however, aripiprazole is the least likely agent in this class to induce such changes.43 Regardless of what anti-psychotic patients are on, regularly reviewing their cholesterol panel, blood glucose, and weight is reasonable.5

Research suggests that typical diet and lifestyle changes for weight loss are helpful when the weight gain is caused by an anti-psychotic.44 Discussing the pros and cons of anti-psychotic drugs is highly important in clinical decision-making. It should be noted that mood stability likely far outweighs minimal weight gain in terms of long-term health consequences in many scenarios.44

Similarly, anti-psychotics can cause lipid abnormalities as well as dysglycemia.43 Some medical doctors prescribe metformin alongside these anti-psychotics to manage the metabolic side effects. It is especially important to supplement vitamin B12 in patients taking metformin, as metformin depletes this vitamin rapidly.45

Many patients with bipolar disorder benefit from keeping a brief symptom log. A normal rating scale of 1-10 (where 10 is a positive mood) does not encompass bipolar well. Instead, a scale of -10 to +10 should be used where the “ideal” mood is a score of 0, a score of -10 reflects a depressive episode, and a score of +10 reflects a manic episode. This scale would be for at-home monitoring and does not replace validated questionnaires such as the Patient Health Questionnaire-9 to assess depression, the Generalized Anxiety Disorder-7 to assess anxiety, the Insomnia Severity Index to assess sleep, and the Young Mania Rating Scale to assess mania.

As mentioned above, other variables to monitor are the patient’s weight, lipid panel, blood glucose, and vitamin B12 levels. Some patients benefit from keeping a log of their sleep, mood, and adherence to treatment plan.

This paper has reviewed the basic diagnostic requirement and conventional treatment strategies used for bipolar disorder. A review of naturopathic approaches, including inositol, NAC, CoQ10, omega-3 fatty acids, and B-vitamins, was provided, as well as adjunctive acupuncture and dietary/lifestyle options. Finally, this paper looked at how to manage the side effects of conventional treatments, specifically side effects from lithium and anti-psychotics. Overall, patients with a diagnosis of bipolar disorder are good candidates for integrative treatment with naturopathic approaches because such approaches have been shown to improve treatment outcomes and minimize side effects of pharmaceutical therapies.

Sam N. Clouthier, BHSc, ND is a naturopathic doctor with a focus in mental health and addiction. She opened her clinic, Juniper Naturopathic, in Fort McMurray, Alberta, in March 2020. Dr Clouthier is a mental health advocate, public speaker, and published researcher. She is a member of the Psychiatric Association of Naturopathic Physicians (PsychANP) and sits on the board of Fort McMurray’s Pride Committee. In private practice, she works extensively with patients experiencing mental illness or addiction and with patients who are part of the LGBTQ2IA+ community. Dr Clouthier’s life-long goal is to help address the barriers patients experience to accurate diagnoses and effective treatment plans. 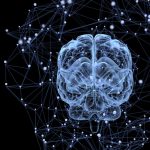 Our Bugs and Our BrainsAnxiety/Depression/Mental Health 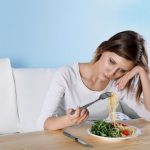